During the last World Cup in Germany in 2006 over 26bn football fans across 214 countries viewed the event on television – including a staggering 715m for the Italy versus France final. That football has such a huge global audience is hardly a revelation. The fact that it has a direct and significant impact on the performance of the US stock market during the FIFA World Cup probably is.

Research by academics Guy Kaplanski and Haim Levy, 'Exploitable Predictable Irrationality: The FIFA World Cup Effect on US Stock Market', May 2008, has proved just that. This may seem even more astounding because soccer is not very popular in the US so intuitively you would expect that any impact from the tournament on the domestic stock market, be it negative or positive, would be minimal. However, that would be a bad mistake to make as the study, which incorporated the last 15 tournaments, reveals that the US stock market has fallen on average by 2.58 per cent during the month-long event. The reason why this phenomenon occurs is due to a number of specific factors.

The US equity market

Without doubt the US is the most important capital market in the world. So much so that transactions by non-US investors accounted for a hefty 33 per cent of all trades on the US stock market in 2006. This is important because if the moods of overseas investors are affected by football results during the World Cup tournament, and specifically when their national teams lose a game, this could have a direct impact on how these investors behave in their day-to-day lives, including how they make investment decisions. In turn, this will have a direct impact on the US equity market.

This is quite rational as academic studies have shown that attitudes towards risk are affected by mood swings (Mark Kamstra, Lisa Kramer and Maurice Levi, 'Losing Sleep in The Market: The Daylight Saving Anomaly', American Financial Review, September 2000 and 'Winter Blues: A SAD Stock Market Cycle', The American Economic Review, March 2003). So it would be quite normal for our moods and our attitude to risk to be similarly affected by the outcome of football matches.

In their study, Kaplanski and Levy noted: "If there is a negative market effect driven by the losing country's investors, the change in the investment proportions in risky and risk less assets is not just confined to the local stock market and we also expect a negative effect in the US market (given their presence in this market). Moreover, as the number of losing countries increases as the tournament progresses, we expect a cumulative large effect on the US stock market which may be even larger than the local market effect, despite the fact that soccer is not very popular in the US."

The authors added: "As the tournament progresses, the number of fans experiencing disappointment – which for some involves sadness, stress and grief – also increases. Eventually, the majority of fans, comprising hundreds of millions of people, belong to a losing party and hence they are potential contributors to the global negative stock market effect."

Kaplanski and Levy's theory is backed up by academics Alex Edmans, Diego Garcia and Oyvind Norli. In a paper, 'Sports Sentiment and Stock Returns', they proved that there is "a significant negative stock market reaction to losses by national soccer teams". This seems sensible as previous studies have shown that watching stressful soccer matches can affect our health and our state of mind. For example, the occurrences of heart attacks rose dramatically in Germany on days that the national soccer team were playing during the 2006 World Cup. And in the three days following England's loss against Argentina in the 1998 World Cup heart-related emergencies at hospitals in England rose by 25 per cent.

Clearly, by the end of the tournament there are going to be more football fans and investors that have suffered disappointment and anxiety than elation, so there will be a negative net effect overall. As Kaplanski and Levy point out in their study: "Sports in general and soccer in particular play an immense role in many people's lives. This phenomenon may suggest that soccer events – especially the World Cup – induce mood swings in the population, which may affect investors' behaviour and the willingness to take on risk, so affecting stock prices."

Football fans are also affected by allegiance bias whereby they are psychologically invested in a desired outcome. Edmans, Garcia and Oyvind found that: "If the reference point of soccer fans is that their team will win, we may find a greater stock price reaction after losses than after wins."

This is important as clearly there can only be one winner of the tournament so the total negative impact on the followers of all the 32 losing teams in the World Cup will be greater than any positive impact on the fans of the sole winner of the tournament." As Kaplanski and Levy neatly pointed out in their study: "A loss hurts more than the joy derived from a gain of the same magnitude."

If soccer fans expect their team to win, we may find a greater stock price reaction after losses than after wins. In fact, there is a significant negative stock market reaction to losses by national soccer teams

It is quite possible that since the World Cup is a summer event, taking place in June and July, that the poor investment returns in the US equity market is simply due to the US market performing poorly at this time of the year anyway. However, Kaplanski and Levy found in their study that there was no seasonal affect after analysing the performance of the stock market during the same months in years when the World Cup was not running.

In addition, they found that the returns from the stock market on trading days around the dates of the soccer matches is lower than the rate of return for the whole of the relevant year, indicating that in good and bad years alike there is a specific negative stock market effect related to the event itself.

UEFA The obvious way of exploiting the tendency of the US stock market to perform poorly during the month-long FIFA World Cup is to short sell the S&P 500 index shortly before the tournament starts on Friday 11 June and close this position after the final game has been played on Sunday 11 July.

The easiest way of executing this trade to try to profit from the average 2.58 per cent fall in the S&P 500 during the tournament is through spread betting, whereby investors place a down bet for every point movement in the S&P 500. Although the index is denominated in dollars, there is no foreign currency risk as the down bet can be placed in sterling for every point movement in the index. Profits from spread betting are currently tax-free in the UK. In the UK, spread betting firms include IG Index, City Index, Capital Spreads, Cantor Index and CMC Markets.

Alternatively, both Société Générale and Royal Bank of Scotland have issued several covered put warrants on the index. The one that fits our trading time frame best is SB07 which has an expiry date of 17 December 2010, exercise price of 1300 and parity of 1000:1. With the S&P 500 trading at 1158 and the sterling dollar exchange rate £1:$1.50 these put warrants are priced at 144p. This means that around 66 per cent of the warrant premium is 'in-the-money' and the rest is 'out-of-the-money'. Assuming that the implied volatility of the warrants remains constant then they are effectively geared 4 times to movements in the underlying index so a 2.58 per cent fall in the index over the course of the World Cup would generate a 10 per cent profit. By the same token, a 2.58 per cent rise in the index would lead to a 10 per cent loss.

In part two of this feature John Hughman finds out which sectors and companies receive a boost when the footie's on.

This article is based on a chapter from Simon Thompson's first book, Trading Secrets, is published by Pearson Education under the FT Prentice Hall imprint. Copies can be ordered at www.pearson-books.com/tradingsecrets20. Investors Chronicle readers ordering the book will get a 33 per cent discount off the RRP of £14.99. 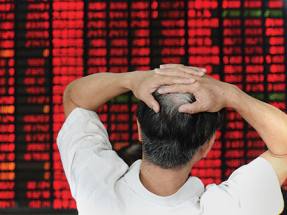 How to hold commercial property in your Sipp 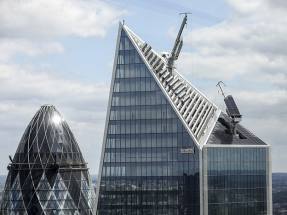 What to do when your broker goes bust