Emerging markets such as Brazil and China are rarely regarded as 'great value', except in the darkest days of a bear market. By their very nature these stocks are largely going to be perceived as glamorous, commanding high ratings based on measures such as the price to earnings ratio.

And those high ratings are even more in evidence today after the remarkable recovery of the last 12 months in which the ever growing universe of Emerging Markets (EM) stocks has staged a record breaking rally, outperforming even developed world recovery plays such as the banks. By virtually any measure EM stocks are now fair value at best and extremely expensive at worst. But there are some isolated pockets of value that are still worth tracking down - if you're willing to do your research and challenge your preconceptions.

But measures based on earnings are only one part of the picture. The dividend yield on EM stocks is still low compared to developed markets such as the UK and prices compared to book value are still high with 2 times book value standard for mainstream Bric (Brazil, Russia, India and China) stocks.

Dispassionate academic based researchers wouldn't be surprised by today's relatively beefy prices for fast growing emerging stocks. EM stocks are perceived as a way of playing rapid economic growth rates in economies undergoing rapid industrialisation, and demand for exposure to that growth is inevitably going to be reflected in a premium rating.

This premium for growth is only justified if you think earnings are indeed going to grow very fast in the next few years. Unfortunately, data from SG and elsewhere suggests that rapid economic growth does not necessarily lead to rapid earnings growth. Looking at its universe of EM stocks, 2010 weighted average earnings per share is only estimated to grow by 12 per cent in 2010 and under 10 per cent in 2011. If you're looking for a percentage annual growth rate in excess of the PE ratio, as many growth investors recommend, then many EM stocks fail.

Even in emerging markets, buying cheaper, value orientated stocks does pay off over the long term – a well known study from the Brandes Institute in the US looked at boring value stocks in the EM space versus ‘glamour’ growth stocks where earnings were forecast to shoot ahead. The Brandes academics concluded that value stocks consistently won out, just as they do in developed markets.

This bias towards buying value orientated stocks in the Bric countries is reflected in a new exchange traded fund from Invesco Powershares. It's an alternative version of the FTSE Emerging Markets global index built around a weighting system that tilts the index composition towards those that are better value based on measures such as the share price relative to the book value, the PE ratio and the dividend yield. The team behind the value index claim that over the period 1994 to the end of 2009 its value orientated index, now followed by the Powershares UK ETF, has delivered startling results, beating the conventional (market cap based) FTSE emerging markets index by a whopping 9 per cent per annum year on year. The new Powershares ETF is called the FTSE RAFI Emerging Markets Index and has a total expense ratio of 0.85 per cent per annum.

Investors looking for a more active approach could look at one of Hugh Young’s funds, namely his Aberdeen Asian Smaller Companies Investment trust. This is currently trading at 12 per cent discount to NAV and over the last five years has consistently beaten most benchmarks, returning a 124 per cent increase in NAV terms (the nearest benchmark from the MSCI index firm returned 116 per cent over the same period).

Experienced EM managers such as Slim Feriani at Advance Emerging Capital also maintain even if you accept that EM stocks overall are fair value, there are still some very sizeable pockets of good value within this vast, global sector. "Within emerging markets, we see some of our favourite markets such as Brazil, Turkey and Russia which offer additional value with estimated PE 2010 at 11.3x, 10.2x and 8x respectively."

At the national level, Feriani’s interest in countries as diverse as Brazil and Russia is certainly reflected in the data; Russian stocks for instance are still valued at the low end of most estimates accoridng to SG's data. On aggregate terms they suggest that Russian stockmarkets trade at just 7.6 times earnings for 2010 falling to 5.8 times in 2011, but be aware these are based on estimates. Major oil and gas stocks in Russia trade at just 6 times earnings and even better regarded utlity stocks trade at just 12 times earnings. These extremely bearish prices are perhaps to a degree justified by the obvious political risks and it's almost impossible for foreign giants to buy Russian majors so there’s no takeover potential - its also worth noting that dividends are also extremely low though likely to rise fast. Regardless of these concerns commentators as varied as Mark Dampier at Hargreaves Lansdown and Paul Locke at Cannacord rate Russia as one of the bargain countries at the moment.

Investors looking for value focused, stock specific company plays might want to take a look at the small army of London listed Chinese companies. In the US, Chinese small cap ETFs (such as Powershares China Index fund) currently boast weighted PEs of over 17 times earnings – the companies in the Powershares ETF also average a price to book ratio of 1.13 and returns on equity for companies in the portfolio of 13 per cent. In the UK by contrast Chinese companies frequently trade on single digit PEs based on historic earnings.

The last three to four years haven’t been kind to many of these companies even though many have continued to grow their core businesses – some companies like Asian Citrus have tried to overcome this disinterest by seeking a dual listing on the Hong Kong exchange where valuation multiples are much higher. To be fair much of this scepticism towards these small Chinese companies is based on a series of mishaps and scandals involving missing CEOs and poor corporate governance but many analysts such as Jim McCafferty at Seymour suggest that if you focus on decent fundamentals and clear financial reporting plus an aligned management keen to improve the image of the company, you could find a bargain. Popular companies include Asian Citrus, as well as China Shoto (a tip on these pages a few weeks back) and West China Cement.

Invest in growth for income

Dividend-starved investors can create an income by selling growth investments Watch what you're being charged What does being furloughed mean for your pension? 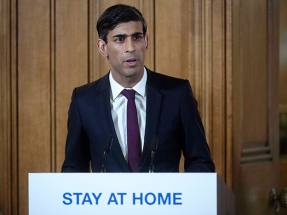 7 things to know about investing for a pension 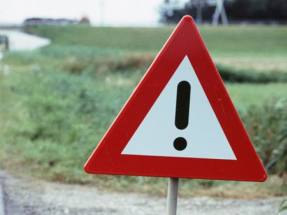