On 5 April 2011 there will be a 'game-changing moment' in pensions. Anyone who can secure a minimum retirement income of £20,000 will be able to dip into the remainder of their pension pots as and when they like through a new facility called 'flexible drawdown', rather than buying an annuity (an annual income from an insurance company). The headlines around the rule change have been very positive but it all seems a bit too good to be true.

What exactly constitutes a £20,000 minimum income?

If you have been a prudent investor and built up solid streams of income from several sources - for example from individual savings accounts, share portfolios, pensions and property - you may find that you still don't qualify for flexible drawdown.

State pensions, annuities bought by pension funds and pensions from final salary/defined benefit schemes are the only income sources that will count towards the £20,000. Drawdown pensions (an income drawn directly from a pension fund) and purchase life annuities (an annual income bought with private capital rather than pension funds) are not classed as relevant income.

Many investors have spread investments further than just pensions and may not benefit from the change in rules even though they are financially secure. For someone who has not put all their eggs in the pension/annuity basket, it seems unfair that they will still have to buy an annuity with that (small) proportion of their savings which is in a pension.

How much do I need in my pension pot?

Only the wealthiest 0.5 per cent of the population is expected to achieve the £20,000 minimum income requirement. Assuming that you get the full £5,000 basic state pension you would need a pension pot of £250,000 to make up the remaining £15,000 pension income to qualify for flexible drawdown (based on a 6 per cent equivalent annuity rate). It does not have to be an escalating annuity that rises in line with inflation. But you may prefer to buy one of these - and it will be more expensive.

You may also want to secure a spouse's pension, which will also add to the cost. A male aged 65 who buys a level annuity with a 50 per cent spouse's pension will need around £300,000 to buy this £15,000 of annual income, according to Standard Life.

Statistics from the Association of British Insurers for the last six years show us that very few people have large enough funds to buy an annuity of this size. Around 1,000 to 2,000 per year buy an annuity with funds of more than £300,000.

It is your savings, but the government has decided that £20,000 is an acceptable level of income to secure, which to some may seem a bit 'nanny state'. Basically, the government has targeted £20,000 as enough income to keep investors off state benefits. The Treasury will review the £20,000 limit at least every five years.

However, the limit doesn't take into account that lifestyle is a very personal thing - some people may need much less or much more to survive in comfort. A capital test rather than an income test would have given an investor more flexibility to demonstrate independence, but still do as they choose with their savings.

Are there any stings in the tail?

There may be delays in implementing the new rules. The UK's biggest pension providers - Prudential, Aegon and Standard Life - have all indicated that they will struggle to be ready with a flexible drawdown product by April. Smaller providers may be ready, though.

Are you on target to achieve flexible drawdown?

■ Investment growth rate is 6 per cent a year after charges.

■ Inflation is 3 per cent a year, so required pension pot increases each year by the rate of inflation. 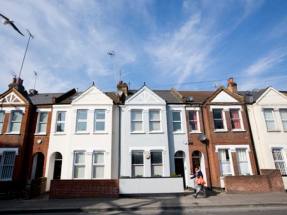 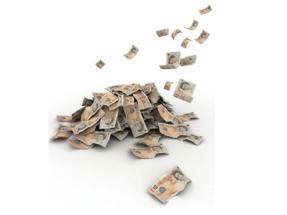