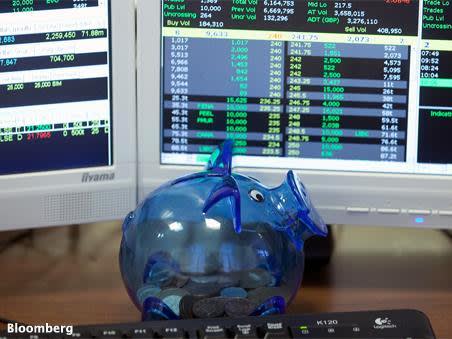 With a flat, directionless market and an uncertain outlook for equities some structured products offer solutions.

Predicting the stock market is hard work at the best of times, and now is no exception. No-one can say with any degree of certainty where the market is going next. But this backdrop of uncertainty does make some of today's structured products look particularly appealing - many offer the potential to mature with a gain in limited or no-growth markets while offering a degree of protection from all but the most extreme market conditions.

"Quite a large portion of the market thinks that the FTSE 100 is unlikely to break out of the rather flat 5,600 – 5,800 point range unless some of the more fundamental concerns plaguing global economies are addressed - a process which may, of course, take some time," says Nev Godley, vice president at Morgan Stanley. "While this may not bode well for equity investments as a whole, it does demonstrate the advantage of allocating part of a portfolio to structured products; especially those offering the potential for positive returns in flat or even moderately negative markets."

Many providers are currently releasing defensive strategy plans which can produce good returns even in the event that the market falls during the term. Ian Lowes, of Lowes Financial Management highlights Investec's Defensive Kick Out Plan Issue 1, which can return 8.5 per cent for each year the plan has been held and will mature on any anniversary from year 2 onwards provided the FTSE closes above 90 per cent of its initial level. If the plan does not produce a gain, it will return investors original capital provided the FTSE is not more than 50 per cent lower at maturity, in which case, capital will be reduced in line with the fall in the index.

If you think the market will only rise moderately over the next five years, Mr Lowes suggests the Legal & General Growth Plan 7, which offers a 60 per cent gain at maturity if the FTSE 100 is at, or above its initial level, a return of capital if it is lower, unless it is lower by 50 per cent or more in which case it will track the fall.

Of course, all returns are subject to the solvency of the counterparties; Santander UK are the counterparty for the L&G plan, Morgan Stanley for their own plan, and also Investec for their plan but it is collateralised with assets of five other financial institutions (HSBC, Lloyds, Nationwide, RBS and Santander UK). Be aware, too, that they can be inflexible - you may be required to hold them for set periods.

For those investors yearning for income, Halifax Share Dealing recently announced the launch of its Income Generator Base Rate Booster which offers a return linked to the Bank of England base rate plus 5.5 per cent a year which means the product provides a starting rate equivalent to 6 per cent a year with investors benefiting from any future rate rises over the five-year term.

Income payments are received gross, which will be attractive to Individual savings account (Isa) investors looking to invest their 2012-3 tax-free allowance as you can hold the product in a stocks and shares Isa.

A 2 per cent fee is built into the product design, so there are no separate charges or fees payable when investing so you will receive 5.50 per cent a year plus the base rate on the full amount invested. However, for those looking to invest tax free, there is an annual Isa fee of 0.05 per cent (a minimum of £2.16 up to a maximum of £8.33 plus VAT) paid half yearly.