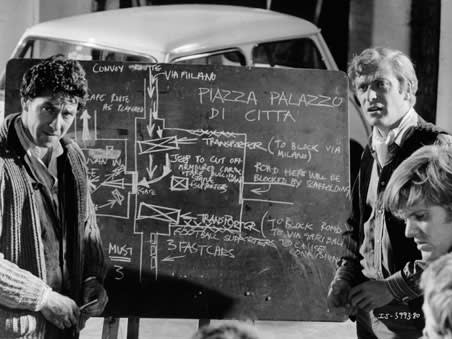 Italian equities are unusually depressed, and could present an opportunity to bargain hunters willing to take a chance on the Euro mess being sorted out

"Un uomo è conosciuto dalla compagnia che frecuenta" That's Italian for "a man is known by the company he keeps". Financially speaking, Italy is widely reputed to keep bad company. The nation is routinely mentioned in the same breath as the eurozone's most troubled members - Portugal, Greece and Spain. But is it really fair to find Italy guilty by association in this way?

To the casual observer, Italy may indeed seem to share many of the problems of its southern European cousins. Its public debt amounts to around 120 per cent of the size of its economy, second only to Greece in the eurozone. Its economic performance has been feeble for years, growing at an average annual rate of less than 0.4 per cent between 2001 and 2011. Its population is ageing rapidly, which could lead in time to a pensions crisis. Its stock market has one of the worst long-term records of any developed markets.

However, Italy does also possess some substantial, but often overlooked, virtues. Italian households are in much better shape financially than those elsewhere in Europe. Property prices never bubbled up as they did in Spain and Ireland, so mortgage indebtedness is modest. Savings are plentiful, while the banking sector is in decent enough health. Nevertheless, sentiment towards Italy could scarcely be more negative.

The country's main stock market index - the FTSE MIB - crashed this month to within a couple of per cent of the lows it reached in early 2009. It has shed almost exactly three-quarters of its value since its all-time highs of early 2000 (compared to around 22 per cent for the FTSE100) and is also around the same level today where it was back in 1993! Given that Italy's difficulties may have been exaggerated, this index is beginning to attract the attention of bargain hunters.

One of them is Vince Stanzione, a trading and investing expert, from whom I got an email this week. He sees Italy as the eurozone nation most likely to benefit from Chinese investment in the coming years, and also highlights its substantial gold reserves and improved leadership from Mario Monti. "Italians are even starting to pay tax," he added. "On a recent trip to Italy, I was amazed to be presented with a printed VAT receipt at a tiny pizzeria - that would never have happened a few years ago."

Looking at the overall valuation on Italian equities, I can well understand why Vince is getting interested. The market trades on a chunky dividend yield of 5.2 per cent, its second-highest level since the early 1970s. Technically, too, the market looks depressed. Only three times in the last 40 years has it sported a lower monthly relative strength reading – and on each of those occasions the market went on to double in value.

Of course, there are real risks in Europe today and it is not inconceivable that the crisis deepens further. If Greece leaves the single-currency bloc or if Spain's government requires a bailout, for example, equity values across the continent would likely take a further hammering. The already cheap Italian equities could become even cheaper still.

I happen to share Vince's view here, though. Although I can certainly see things worsening in the eurozone, I think a total collapse will be avoided. The stronger nations will end up explicitly underwriting the rest, while the ECB will print money in order to keep down government borrowing costs. For the purposes of shorter-term trading, I'd like to see the MIB back above its 55-day exponential moving average before buying. And I'd also consider purchasing an Italian exchange-traded fund, as Vince is currently suggesting - although there aren't any that trade in London, so you'd be taking on a degree of currency risk and some other complications by buying a euro-denominated ETF trading in Frankfurt or Milan, like these ones.

**Dominic will be presenting at the IC's London Investor Seminar on 18 June - book your place today.**