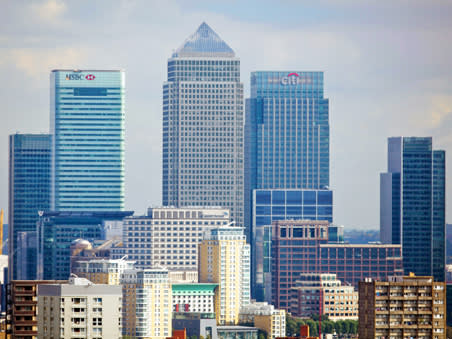 The funding for lending scheme will probably not greatly increase bank lending. But it might stop it falling.

The Bank of England has announced the details of its funding for lending scheme. Bank Governor Sir Mervyn King says the plan "creates strong incentives for banks to expand their lending to the real economy." However, I don't expect a big rise in lending.

Under the scheme the Bank of England will lend banks up to around £80bn (plus any new lending they undertake) at a rate of under one per cent – though this will rise if banks cut their lending. This represents a significant cut in the marginal cost of funds to banks; the Bank estimated these to be just under four per cent a few weeks ago. This lower cost, it is hoped, will increase the supply of loans to firms and households and reduce the rates charged on those loans.

Economists, though, are underwhelmed. Jens Larsen at RBC says he's "sceptical" about the macroeconomic effect. Simon Hayes at Barclays Capital says he's "cautious" about declaring it a turning point for the economy. And Investec's Philip says he is only "mildly encouraged" by it.

One reason for their coolness is that the cost of funds is not the only constraint upon banks' lending. Another one is that their capital base is not so strong that they can make risky loans. Mr Larsen says banks are "unlikely to travel far down the credit spectrum" and might confine their lending to the most creditworthy borrowers. But these are those who don't need credit.

A bigger problem is simply that a lower price and greater availability of credit won't necessarily stimulate much demand for it. The reason why lending to companies has fallen in recent years is not that credit is unavailable or expensive. A survey of manufacturers by the CBI in April found that only three per cent of firms said that the cost of finance was a constraint upon capital spending, and only five per cent said they were constrained by an inability to raise external finance. By contrast, 46 per cent said uncertainty about demand was holding investment back, and 42 per cent cited an inadequate net return as a constraint.

Official figures confirm this. They show that last year, firms' retained profits exceeded capital spending by £65.7bn. Companies, in aggregate, aren't spending the cash they have got.

Capital spending is low not because banks aren't lending, but because firms aren't confident.

It's tempting to blame this lack of confidence on the uncertainty created by the euro's mess and on the recession. This is only part of the story. Even in the boom years, when banks were throwing money around like a drunken sailor in a brothel, many firms weren't borrowing. Between December 2002 and December 2007 total bank lending increased by £644.3bn. But lending to manufacturers fell by £2.5bn. And during this time non-financial firms overall invested less than their retained profits. These figures hint at a structural problem that predates the recession - that companies face a dearth of investment opportunities. A small cut in the cost of borrowing won't greatly relieve this problem.

All this poses the question: if the funding for lending scheme will make little difference, why bother?

Cynics could say that policy-makers do what they can, not what they must. It's possible for the Bank to reduce banks' funding costs, but it's not so possible for it to conjure up profitable opportunities in the real economy. And the government's enthusiasm for the plan might be magnified by a salience bias. It's very easy to blame our economic troubles upon identifiable actors such as banks or foreigners, but doing so leads us to underweight the importance of impersonal structural problems such as the dearth of investment opportunities.

Nevertheless, there is something to be said for the scheme. It lies in something the Bank said in its last Inflation Report. It pointed out that, with banks' funding costs so high, profit margins on lending were negligible. Because of this, it said, "in the absence of falls in funding costs… further increase in mortgage rates is likely as banks seek to restore their margins."

Perhaps, then, the purpose of the funding for lending scheme is not so much to reduce borrowing costs and increase the supply of credit, but rather to prevent costs rising and supply falling.