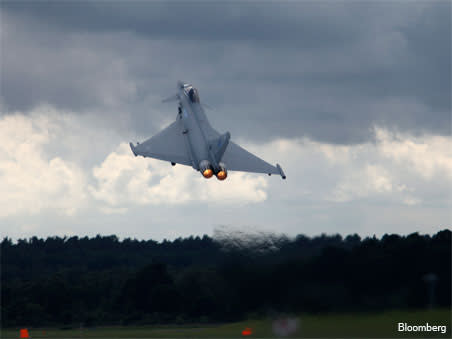 Playing it too safe

Is our 32-year-old reader wrong to be attracted to defensive stocks?

Matthew Bird is 32 and has been investing seriously since 2005. He initially started investing to pay off an interest-only mortgage of £105,000. After seven years he has achieved this goal but will continue to invest as long as he sees value in the market.

"Usually, I like to buy safe, well-known, large-cap companies with good dividends and the possibility of moderate growth. However, some of the portfolio is quite speculative - ie, banking, insurance and builders. I am still positive about all of my holdings. I think in years to come Lloyds Banking may prove to be the most lucrative investment but am wary of over-exposing myself to one company.

"The yields from insurers are very attractive, so maybe a top-up of Aviva or possibly Admiral could be next. I'm a bit disappointed with the performance of my Tesco and AstraZeneca shares, but both look great value so I might increase those, too. The tobacco sector has done very well lately - if it goes up much further I may trim my holdings a little so I'm not over-exposed there."

Source: Investors Chronicle. Price and value as at 03 October 2012.

This is a well-diversified portfolio. Sixty per cent of it is in defensives - telecoms are like utilities these days - with most of the rest in high-beta stocks such as builders and Lloyds. Your one genuinely speculative holding, Polo Resources, is too small a proportion of your portfolio to matter much.

This poses the question: why are you so attracted to defensives? There's a bad reason and a good one.

The bad one is that defensives are 'safe'. But they are not. Take BAT, your biggest holding, and one of the most defensive stocks on the market. Its volatility since January 2000 is such that there is almost a one-in-five chance of it falling 10 per cent over a 12-month period, even if you think (optimistically) that its average returns will be 10 per cent a year. And its correlation with the All-Share index implies that, if the market falls, BAT will probably fall, too. It is a defensive stock not because it is safe, but because it is less likely to lose a lot of money than other stocks, and more likely to fall less if the market falls. But losing money slowly is not a virtue.

If it's a safe asset you want, you must hold cash, not defensives. Risk aversion is no case for holding defensives.

Instead, the case for them is that they are very often underpriced. Investors' pursuit of exciting shares means they ignore dull ones, giving these above-average returns to those smart enough to buy them. The reason for holding defensives is that you think this process is still happening.

One sign of how well-diversified you are is that you only have the one bank. For me, this is good. Banking stocks tend to be highly correlated with each other, all falling or all rising together - although, of course, to (slightly) different degrees. In this sense, holding more than one bank stock would be pretty redundant. Yes, stock-specific risk matters in banks. But sector-specific risk matters more. If fears of another financial crisis fade, banks will do well, and Lloyds will very probably gain.

There are, though, two things that worry me about your investing approach. One is that you say you'll trim your tobacco holdings if they rise more. For the tobacco sector, this is no bad thing, because there tends not to be momentum in large defensives. However, as a general approach to investing, it is a problem. Trimming your winners risks denying yourself the profits that can be made from momentum. The old advice to 'run your winners' is good.

My second concern is your preference for good dividends. On this point, economic theory and common sense agree - you don't get owt for nowt. A good yield is, in theory, only compensation for poor growth prospects (such as tobacco and utilities) or especial risk. And recent history vindicates theory. High-yield stocks were clobbered by the 2008 crisis - remember, Northern Rock and Bradford & Bingley were high yielders - and have recovered only a little since then. This warns us that the old idea that a high yield is a sign that a share is cheap can be dangerously mistaken. Lots of things are cheap for good reasons.

By all means, regard a high yield as a clue that a share might be underpriced. But a clue is not the same as proof.

You have achieved your goal to match your liability on the interest-only mortgage. You should now aim to preserve your capital and structure your portfolio so that it doesn't suffer too much should market conditions turn sour. Consider when your interest mortgage is due for repayment in full. If it matures within the next 10 years, then we would question whether being invested fully in equities is wise.

Plenty of time is required for equities to ride out cyclical downturns and major market corrections. Let's not forget that the FTSE 100 is still below its highs of nearly 12 years ago, around the peak of the dot.com bubble. Maybe more use could be made of safer government bonds; however, in the current climate it is likely that you will pay more in interest charges than you will receive in bond yields. The best option may be to pay off your mortgage.

However, assuming that the mortgage maturity is for a longer period, then equities should be the key focus to generate additional returns.

In terms of the portfolio allocation, the first thing to notice is the large weighting towards the pharmaceutical and tobacco sectors of roughly 20 per cent each. These are defensive sectors that should both provide a degree of safety and also good dividend yields. The tobacco stocks have benefited hugely from emerging markets consumers, while the pharmaceuticals have struggled to generate much capital growth. However, they do partly compensate with dividends, AstraZeneca and GlaxoSmithKline will provide yields of roughly 6 and 5 per cent respectively, while British American Tobacco and Imperial Tobacco will provide dividend yields in the region of 4 per cent. We do like the way you have split up your exposure to the sector by investing in a couple of companies.

We consider the above stocks along with Tesco and Vodafone, which can in some ways be considered utility stocks, as your core holdings, generating high yields with defensive characteristics.

We agree that Lloyds could end up being one of your most lucrative investments, but this goes hand in hand with it being one of your more risky stocks. We are still uncomfortable with banking stocks as the macro environment is still uncertain with plenty of scope for some as yet unknown scandal to pop up again in the sector.

We would consider your 16 per cent exposure to homebuilding companies a little overweight; however, we understand the reasons for your bullishness towards the sector. The sector has been receiving boosts in the form of central banks' attempts to keep interest rates low to get the housing market going and acknowledgment by the government that we are short of roughly 100,000 homes in the UK. The sector will also benefit from infrastructure spending that has been touted to get the economy going. Spreading it out among several names is certainly a good way to play it.

Apart from the exposure to the housebuilders, we would say that the portfolio largely does match your attitude to risk. The majority of the portfolio is weighted towards the large-cap 'core holdings', proving the income and a degree of stability, with smaller holdings in riskier 'satellite' stocks providing stronger growth potential.

The portfolio as a whole has a yield of 3.4 per cent, slightly below that of the FTSE All-Share, and a beta of 0.96, meaning that your portfolio should be slightly less volatile than the market as whole.