Chariot Oil & Gas (CHAR) had a tough year. It drilled two high-risk exploration wells offshore Namibia - formerly considered one of East Africa's most exciting oil and gas frontiers - but both ended in disappointment. Unforgiving investors consequently sold off the company's shares, to the point that the market capitalisation of Chariot is now at an 18 per cent discount to its estimated cash holdings of $112m (£70m).

But the lack of exploration success doesn’t seem to have deterred Chariot’s chief executive, Paul Welch, whose previous experience includes 12 years at Shell as well as several roles with successful independents such as Hunt Oil. Mr Welch bought 200,000 shares of the company last week at an average of 29.2p a share, increasing his holding to 500,000 shares.

Chariot has recently diversified its licence portfolio to include attractive acreage offshore Mauritania and Morocco, despite still holding the second-largest acreage position offshore Namibia. Indeed, even after subtracting the prospective resources from the two drilling failures, Chariot still has prospects in other geologically distinct basins offshore Namibia that could contain a total of 10.65bn barrels of oil.

IC view: Trading for less than cash, the market is currently ascribing a negative value to Chariot’s Namibian, Mauritanian and Moroccan licences. This grossly underestimates Chariot’s exploration prospects, yet the problem is a lack of significant near-term catalysts. As such, the shares rate no better than a hold.

Shareholders shouldn’t read too much into these sale transactions, despite their size, because the shares were sold for a specific reason. After a good set of annual results and a round of investor presentations 12m shares were sold: “to partially satisfy significant demand for 22m shares from a major institution”.

dotDigital’s share price has risen 90 per cent over the past 12 months and these directors managed to sell almost at the top. The company is cash rich, has £4.02m on its balance sheet and its revenue is up 34 per cent on the year.

Following his recent appointment as non-executive chairman of Alkane Energy (ALK), Roger McDowell has been in acquisitive mode. Since the start of October he has amassed a total of 765,000 shares in the methane power plant producer for an aggregate outlay of £164,951.

The latest deal of three - an acquisition of 265,000 shares - was completed on 24 October for 22.67p a share. It was important for Alkane to secure the services of someone with a broad experience of helping guide businesses through their development stage, and the new chairman has decades of experience in this regard, reflected by his board activities at the likes of Avingtrans, Ultimate Finance Group, IS Solutions, Swallowfield and Augean.

The share price of Alkane is now up by a third on our November 2011 buy advice, helped along in part by a recent £1.6m gas-to-power contract, which forms part of the £21m Dagenham waste-to-power facility. Alkane was subcontracted by TEG Group to provide the gas-to-power capability at the plant and it should complete the contract by the end of 2013. In the meantime, the new chairman will be helping the company to make commercial capital from the increasing imperative for the UK to reduce its output of green house gases.

Get the latest directors deals on our new directors' deals homepage. You can also read about boardroom share deals on individual company data pages; just enter the name or TIDM in the search box, then click on the Directors & Dealings tab. 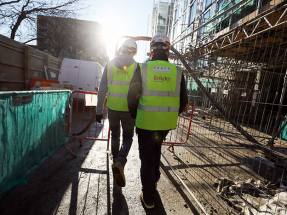 Today's markets: Millions of millionaires and $2trn for Microsoft 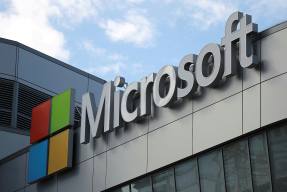 The economics of meme stocks