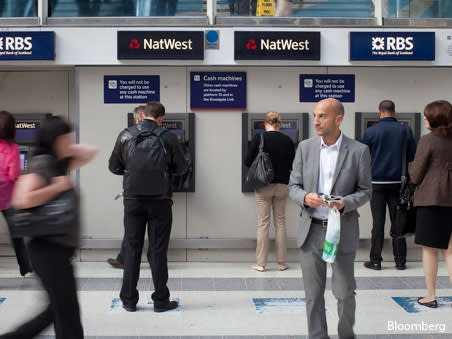 Preference shares are often out of reach for retail investors, but NatWest's non-cumulative prefs are the solid exception

Preference shares in banks have been resolutely out of favour since the onset of the credit crunch. That's because retail investors suffered either the loss of dividends, or faced the controversial forced conversion of their dividend-paying prefs into non-dividend paying equity as banks sought to bolster their core capital. However, one notable exception to this trend, whether by luck or design, is NatWest 9 per cent non-cumulative preference shares. These have turned out to have some of the best legal protection on the market and investors should look again at this pref as an inflation-busting source of income.

What's baffling is how for much of the past three years NatWest's parent, Royal Bank of Scotland, has managed to continue paying dividends on this preference share despite regulators ruling that banks had to stop payouts to preserve capital. For the answer you have to go back to the status of NatWest within RBS's corporate structure. In essence, the NatWest prefs depend on the profitability of the NatWest high-street bank operation, which enjoys a legal ring-fence from the rest of RBS's operations. So, despite RBS's problems, which were caused mainly by takeover of ABN-Amro, the NatWest division's durable profitability meant the preference share dividends had to be paid and regulators had no legal basis to stop them.

Aside from the protection investors enjoy, the coupon on the prefs was decided at a time when interest rates were much higher, making the 9 per cent coupon one of the best non-index linked payouts on the market. Other high-coupon investments - such as permanent interest-bearing securities (Pibs), for example - are heavily over-subscribed and prices have been pushed to historic highs. Alternatively, some Pibs are under threat from forced redemption as building societies trim their borrowing costs. Also, unlike corporate bonds, investors in NatWest prefs don't need to worry about the erosion of capital values in excess of par as redemption approaches. The dividend is paid semi-annually, with ex-dividend dates in March and September.

Accessing the prefs shouldn't be too difficult, either, for private investors. The issue size is decent at £140m and the minimum trading unit is just £1, so investors shouldn't have trouble fulfilling smaller orders. The shares can be purchased via online execution-only brokers and qualify for inclusion in individual savings accounts and self-invested personal pension wrappers. The price has also found support from the ratings agencies, with Standard & Poor's recently upping its rating on the issue from BB- to BB+.

The main bear point with prefs is that they are part of a company's share capital so, in the event of a winding up, they rank below every claimant except owners of the ordinary shares. There is also the distant possibility that RBS might try and turn these prefs into CoCos, although we can't identify any clause in the prospectus that would allow this.

Despite these risks, the 8 per cent yield is too tempting to ignore and can add real fire-power to an income portfolio given the paucity of yield available elsewhere. The NatWest prefs are also a reminder of the qualities of boring old high-street banking - an irony that could turn out to be profitable. Buy.