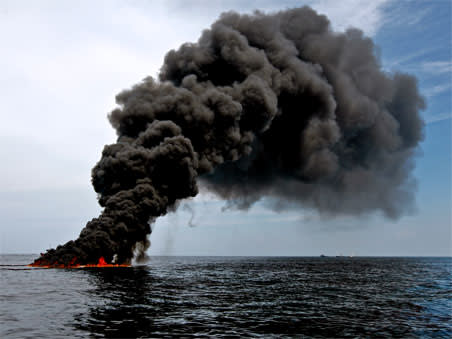 Are ethical funds really that ethical? A stack of fresh evidence suggests not all of them are as 'good' as they are claiming to be

A raft of private investors are dumping ethical funds from their portfolios over claims that 'ethical' labels have become little more than nifty sales hooks.

Independent financial advisers claim the ethical investment market, which has almost trebled in size over the last decade, is clogged with a growing number of 'disillusioned' investors who have bought the funds while under the impression they are more ethical than they are in reality.

And fears some ethical funds are only 'half-baked' are being crystallised as major investment houses are embarking on a fresh headcount cull in their ethical arms - making managers and researchers redundant so they can run ethical funds on a shoestring.

This year Henderson axed six out of seven of its staff working on its ethical funds and Aviva closed its ethical business altogether. And this week F&C, an investment house highly regarded for its ethical approach to investing, has waved goodbye to its head of governance and sustainable investment, Karina Litvack. The move will bring the team down from 16 to 15 as the company will not be replacing her.

Seb Beloe, partner at WHEB Asset Management, an ethical fund provider, says the deterioration in funds' ethics is to be expected if providers are scrimping on staff. "Major providers don't see ethical investment as a long-term money maker but they continue to run them cheaply because working with such large funds, it is still lucrative."

Ethical funds have proved popular with investors concerned about the non-financial impacts of their investments. Companies seen to be negatively impacting society and the environment are scaled down within portfolios and in some cases banned all together.

But investors are becoming increasingly unsatisfied with the scrupulousness of these screening processes and many are becoming sceptical the funds even come close to meeting their ethical standards.

And the warts of the industry have been exposed in a damning report that puts ethical funds under the spotlight, revealing they are too cagey about their investment strategies to give investors enough certainty their money is being invested in a way they consider to be ethical.

The investigation by FairPensions, a charity that promotes responsible investment by pension funds and fund managers, found 45 per cent of ethical funds do not disclose all the companies they are invested in, showing that without investors' knowledge they are funnelling billions of pounds of their money into companies they may not wish to support.

It then goes on to claim that most ethical funds fail to represent the views of their customers, with just 20 per cent of them asking them what they actually want from their portfolio.

FairPensions suggests it is this distinct lack of conversation that has left the majority of ethical funds screening out traditional 'sin' stocks such as pornography, alcohol and gambling, while ignoring issues that may be more important to investors such as child labour, fossil fuels and support for oppressive regimes.

Catherine Berry, head of policy at FairPensions, says savers need to ask themselves why they invest in ethical products. "If they'd like to see the power of their money used to change the behaviour of corporations, then they should ask more questions of their provider," she said.

And Robert Pemberton, investment manager at HFM Columbus, said ethical investing once had a place in the market but is now a dated concept. "It did well in the 90's when small-cap tech companies were doing well anyway, but these days many of the screens are not truly effective. They are a waste of time."

Speaking to Investors Chronicle, a number of disappointed private investors say they feel cheated by their ethical investments. Some of their investments have failed to live up to their ethical standards and, to add insult to injury, performance has generally been dismal.

Caroline Newton, founder of Kenyan charity Friends of Kianjai, and board member of a school for disabled children from Nottinghamshire, is pulling out of ethical investments because she feels like she is getting "the worst of both worlds". She fell into the ethical investors' "trap" when she was "mis-sold" them 10 years ago. "I was lead to believe my funds would meet my own definition of ethical, but this wasn't the case. When the BP oil spill happened I was shocked to discover it is a holding within some of the ethical funds. This caused me to take another look at my investments.

Mrs Newton (pictured, 2nd left), who founded a Kenyan charity, became disillusioned with ethical investing after having her fingers burned.

"Upon closer inspection I wasn't convinced my investments were that ethical, so I took the decision to dump most of them from my portfolio. I don't want to have to spend 50 hours trawling through documents to check if my investments do what they say on the tin. In my opinion, ethical investors are just fat cats in different clothes, packaging up products in a different format and preying on people like me who just want to do the right thing but don't really understand what's going on behind the scenes."

Mrs Newton has held a number of ethical funds in her portfolio over the years but recently axed the F&C Stewardship Income Fund after it consistently produced a negative return. She still holds the Aberdeen Ethical World Fund and the Jupiter Ecology Fund but plans to replace them with non-ethical investments in the near future.

And Ian Clarke, an environmental sustainability manager from Cambridgeshire, has reduced his exposure to ethical funds from over 50 per cent down to less than 20 per cent, after becoming more cynical about what he is, or isn't invested in.

"Ethical investment used to feel like the right thing to do but now it has become a badge providers just slap onto funds," he said. "I have worked in the environment industry for years and took the view I wanted to invest at least some of my money in line with my ethical principles - even if it meant slightly lower returns."

The FairPensions report concludes that with a few notable exceptions, the ethical investment industry is stagnating. This is due to many providers’ failure to move beyond a simplistic ‘screening’ approach, despite this being unsuitable for many modern ethical concerns.

It slams the “tickbox” mentality it has found in parts of the market, where providers apply outdated screening criteria in order to have an ethically-badged product as part of their range.

But at the other end of the spectrum it found a clear ‘top five’ providers who took their ethical offering very seriously, maintaining robust internal processes to ensure that their approach was robust, responsive, and engaged with the complexities of today’s ethical concerns.

The report ranks providers in order of their ethics according to their transparency levels, screening processes and stewardship and engagement. F&C investments came out on top overall, while SVM Asset Management, Premier Asset Management and First State Investments were shamed at the bottom of the list, having scored the lowest.

But despite bad practice being rife, Legal & General Investment Management received particular praise in this area for its “Who’s in and who’s out” document which clearly sets out what their ethical criteria mean in practice, and WHEB Asset Management also got a special mention for disclosing all holdings along with rationales for holding them.

It also assessed the screening processes used, concluding large parts of the ethical investment industry are dated out of step with public opinion, as a result of their failure to review their ethical criteria. But leading the way on customer engagement, they say, are The Co-operative Insurance, Rathbone Unit Trust Management and Standard Life. They all use formal and extensive customer surveys which inform their ethical criteria and engagement policies.

Where does your ethical investment provider rank?