Analysts were being steered towards a more cautious outlook for 2013 from John Wood Group, the energy services company, on Thursday, even if the latest trading statement is upbeat enough. The company has performed extraordinarily well during the global downturn. The engineering side has seen earnings growth in the 30 per cent area in 2011 and this year as well. A note from Credit Suisse yesterday estimated that another of Wood's three divisions, production services, has grown earnings annually by 8 per cent since 2007, in an industry where earnings elsewhere have yet to go beyond their 2008 peak. Furthermore, global spending on oil and gas exploration and production is set to grow by 6 per cent to 7 per cent next year, with Wood's business expected to comfortably outperform this. On a bit more than 11 times' earnings, they look like a good long-term bet, says The Times' Tempus column (Last IC rating: Hold, 21 Aug).

RWS is probably one of the few businesses that floated nine years ago and have grown sales, profits and dividends each year since. The company provides translation and other services to corporates issuing patents in a variety of jurisdictions to protect their intellectual property. This is a growth area, especially in Asia, where western companies want to ensure that their products are protected against unlicensed competition. Meanwhile, RWS is starting the process the other way, signing up a couple of Chinese producers that want to ensure they can launch in western markets. Inevitably, patent applications rise and fall with global economic trends, but the long-term trend is upwards - international patent applications were up 11 per cent in 2011 on the previous year. The shares have been strong performers this year, up 22 per cent despite an 8 per cent fall yesterday on profit-taking. On 16 times' earnings, that looks like a decent entry point for long-term growth, Tempus believes (Last IC rating: Hold, 7 Jun).

Over the past few years, Centamin has had the misfortune to become a poster child for the problems a company can face when it has just one asset. The share price has gone from boom to bust - rising from 22.25p in late 2008 to almost 200p two years ago before falling back to below 30p. The shares fell by 47 per cent yesterday - having plunged as low 60 per cent - as the company was forced to halt its mining operations due to a lack of diesel. This was caused by an "illegal" retrospective claim from its local fuel provider, Egyptian Petroleum Corporation (EGPC), which is refusing to authorise sales to Centamin's mine until this payment is met.

Centamin's management has now got to the point where the layers in the government have to decide what's going to happen. Are they going to behave like Argentina and nationalise the asset - which would halt any foreign direct investment in the country in its tracks for many years to come. Such a move may scupper the $4.8bn (£3bn) IMF loan that Egypt desperately needs. There were a number of brave traders taking long positions yesterday in the hope that a quick rectification may result in a quick profit. The Telegraph's Questor team continues to rate the shares as a hold, as the risk has now increased (Last IC rating: Hold, 31 Oct).

Britain's gold-plated sovereign credit rating has suffered another blow after Standard & Poor's became the third major agency to downgrade the outlook to 'negative'. The change means there is a 'one-in-three chance that we could lower the ratings in the next two years', S&P said. Moody's and Fitch already have the UK on 'negative outlook' and plan to review the AAA status next year. S&P, which has cut the US and France to AA+, said its decision reflected the weak recovery in Britain and sharply rising national debt. Many economists now believe the UK will lose its cherished top-notch rating, with one of the three agencies expected to move in 2013. [The Telegraph]

The EU needs fresh powers to wind up failing banks in a speedy push to the next phase of banking union, according to Mario Draghi, president of the European Central Bank, after a landmark agreement on centralised supervision. The hard-won agreement among eurozone finance ministers on Thursday to appoint the ECB as the "single supervisory mechanism" (SSM) is just the first, and easiest, step in a banking union plan designed to prevent a repeat of the financial contagion that dragged down banks and sovereigns in the debt crisis. The next phase - agreeing on a common resolution authority to oversee the orderly winding down of insolvent lenders - is likely to be even more fraught, as it implies that taxpayers might have to pay for the mistakes of a bank in another country. [Financial Times]

Banks face another big hit to their reputation as UBS of Switzerland prepares to pay a fine of around £630m for rigging Libor - more than twice the amount Barclays paid for attempting to manipulate the key interest rate. Details of the settlement with the Financial Services Authority and a number of US and Swiss regulators are expected to be released next week. The news will be a fresh embarrassment for the Swiss bank after Kweku Adoboli, a former employee, was jailed for fraudulent trading last month. [The Guardian]

Sir Philip Green is taking his first steps into Greater China with the opening of Topshop's first store in Hong Kong. The move comes just days after he sold a £350 million stake in Topshop to Leonard Green & Partners, the American private equity group. Topshop, and its sister brand Topman, are the most exportable of the brands in Sir Philip's Arcadia stable. The Hong Kong outpost will be run in a joint venture with LAB Concept, a new subsidiary of Lane Crawford, the Hong Kong department store. The shop is intended as a platform for expansion into the Chinese mainland. [The Times]

Oil & gas giant BG Group has asked a former Shell executive who was once accused of dangerous health and safety breaches in the North Sea to be its new boss. Chris Finlayson, who is a BG board member and joined from Shell in 2010, was one of the men who were accused by an insider of having been involved in a Touch F*** All policy when he was a director for the company's UK division in the late 1990s. This supposedly involved top directors allowing managers to stop maintenance and safety inspections in the North Sea so as to prevent costly shutdowns. [The Independent]

Japanese large manufacturers are the most pessimistic they have been since March 2010, underlining the scale of the challenge facing Shinzo Abe, who is poised to become prime minister after Sunday's election. The Bank of Japan's quarterly Tankan report, released on Friday, showed that the key measure of business confidence among big manufacturers fell to minus 12 from minus 3 in September. It marked the fifth straight quarter that pessimists outnumbered optimists. [Financial Times]

Get more share tips on our tips and ideas page.

Provident Financial on the ropes 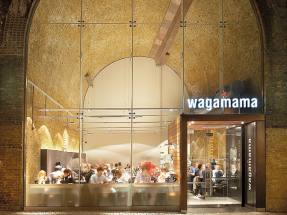 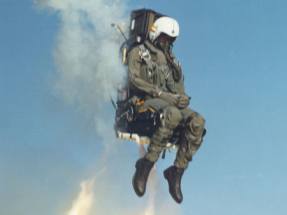 Polymetal has a cracker 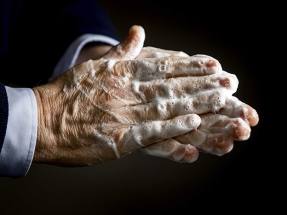 Provident Financial on the ropes 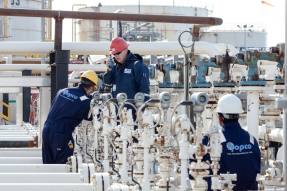