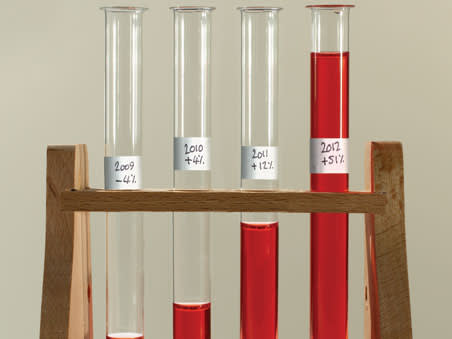 Julian Hofmann explains why small biotechs are doing so well, lists the most interesting drug trials and outlines why it could pay investors to give the sector some serious attention

The biotech sector probably ranks alongside the dot-com boom as one of the worst stock market bubbles to inflate in the past 20 years. From the disaster of British Biotech in the late 1990s to the dispiriting run of business failures since 2007, you could be forgiven for steering well clear. However, something is stirring below the surface as the market starts to reassess the prospects for the survivors and take a renewed interest in what is now a more mature and realistic industry. Furthermore, it is a trend that hasn't escaped the professionals. The International Biotechnology Trust (IBT), as good a barometer as any, recently hit a 10-year share price high of 200p due to surging valuations of quoted companies in the US, which make up the majority of its holdings. The problem is that unless investors are particularly savvy about how the biotech industry works, it is easy to get caught up in short-term trading patterns that cost both time and money, as well as the 'rush for the new' that can characterise the investment approach to biotech.

So, in response, and in order to help avoid the pitfalls, we are starting what will be a regular 'Drug Watch' feature - a nod to our small-cap oil and gas correspondent's excellent online 'Drill Watch' series - where we will be watching the development process for biotech drugs, analysing the year's upcoming clinical trials and assessing the impact of a successful outcome for the companies promoting the trials.

Why has the sector woken up?