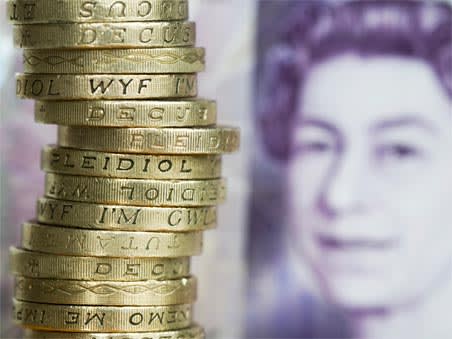 12,000 structured products investors are being asked to cough up hundreds of pounds in extra costs

A group of 12,000 investors who bought the Merchant Capital structured products are being "forced" to pay administration costs worth at least a million pounds to Reyker - the plan's new manager.

Reyker, which took over as plan manager and custodian after the structured products company and its parent company Merchant House Group collapsed, is writing to customers to tell them how much they will each have to cough up.

Depending on how many years they have until the end of their plans, investors will have to pay up to £600 each in extra administration charges being demanded by Reyker to cover the costs it has not received from Merchant House.

But a source, who did not wish to be named, told Investors Chronicle the letters were "forceful" and that customers felt they were being treated as if they were "in a case of Nigerian fraud". Reyker is dishing out compulsory £25 fines for those who do not return their letters with signatures allowing charges to be deducted, and is imposing a £250 fine on anyone who tries to leave the plan.

But Reyker is covered by the Financial Services Compensation Scheme (FSCS), meaning if the Financial Conduct Authority (FCA) decides Reyker is wrong to charge customers for extra administration costs, they may be in with a good chance of getting their money back.

Ian Lowes, director at Lowes Financial Management, is "50:50" on whether the FCA will take action against Reyker, and he is encouraging people who've been affected to approach them.

He said: "It seems Reyker is now seeking to charge clients what seems to be significantly more than double the costs that they were originally going to receive from Merchant. This cannot be permitted. If nothing else, it is surely not treating customers fairly."

The payments demanded by Reyker are not due for another three months and affected investors are being urged to inform the FCA as soon as possible.

We asked Reyker to respond but they declined.

What are the Merchant Capital structured products?

There are 147 Merchant Capital structured products that are affected by Reyker's extra fees. They are investments that offer a defined return on a specific day in the future, decided using specific market conditions.

For example, the returns of the most common structured product sold by Merchant Capital are determined by how well the FTSE performs over a set period - normally around five years. If the FTSE rises, the investor gets twice the value of the rise up to a maximum of 80 per cent, but if it falls they just get their money back. If it falls below 50 per cent, the investor gets a return equal to the index.

The fees for these products are typically around 6 per cent, with 3 per cent going to advisers, 1 per cent for promoting costs and 2 per cent for administration and ongoing custody charges. It is this final part of the charges - the admin - that Reyker is asking Merchant Capital customers to pay more of.