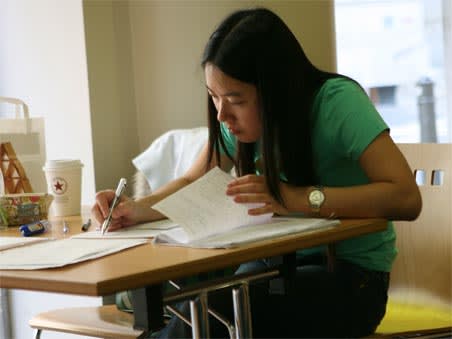 Influential property brokers are warning investors to steer clear of so-called student pods, which are widely marketed as low-risk property investments with 'assured' yields of up to 10 per cent. Stuart Law, chief executive of Assetz, the country's largest buy-to-let agency, claims that asking prices and rental returns are inflated, while agents routinely fail to disclose the development and letting risks.

Robert Bence of RMP Property, another buy-to-let broker, believes student pods are only sold because the agent commissions can be as high as 20 per cent. "The margins are so huge that there is a very strong motivation to establish a market," he explains.

The term 'student pod' usually refers to a single bedroom within a purpose-built flat with a shared kitchen. This arrangement has been typical of student accommodation developments for some years, but individual rooms have only recently been sold off plan to small-scale investors - following a model common with hotel developments before the 2008 crash.

Investors typically pay £40,000 to £60,000 for a room measuring 12-13 square meters. In exchange, they receive a promise from the developer to pay a net rental income of 8-10 per cent of the purchase price for a period of two to five years after the building's completion. These yields are seemingly subsidised by the developer. One typical project in Canterbury, by Pinnacle MC Global, offers an "assured net yield" of 9 per cent, even though its pods are expected to generate rental income of only 7.4 per cent in the first year, after management charges and ground rent.

Brokers suspect that developers may be capitalising the 'assured' rent - taking an extra margin on construction and then paying the capital back to investors as 'rental income'. Simon Topple, a Liverpool lettings agent, says pod developments in his area sell for a much higher value, per square foot, than comparable flat developments. "I wouldn't touch them personally," he says.

Some developers have also struggled to cough up the promised income stream. Salford developer FreshStart Living agreed a settlement to hand over £131,000 in unpaid rent to 70 investors last month. Liverpool developer Penlake has asked investors to accept a three-month payment "holiday" - blaming low occupancy after a sudden market downturn, according to correspondence seen by Investors Chronicle. Neither company responded to our calls for comment.

Visit our property pages for articles on buy-to-let, commercial property and overseas property.