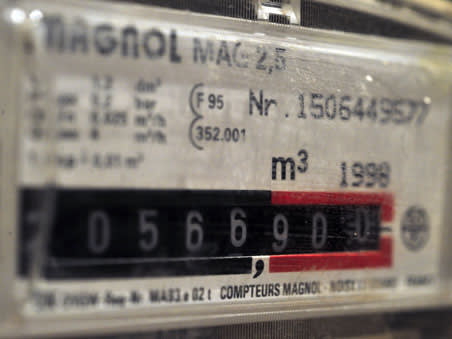 Energy Assets is growing rapidly as regulation boosts demand for its services, but the shares don't reflect its excellent inflation-linked utility-like revenue stream and secure financing.

The refinancing of Energy Assets' debt earlier this year should underpin the company's ability to exploit regulatory-driven demand for smart meters. But the shares' single-digit forecast PE hardly seems a fair reflection of the 140 per cent earnings growth expected over the next two years based on the increasingly credible strategy of generating recurring index-linked revenues from a ballooning asset base.

Energy Assets (EAS) could turn into a cash machine in years to come. It installs smart gas meters for industrial customers on behalf of utility companies. The average meter costs £850 and generates £135 a year in rental fees. Four fifths of the upfront capital cost of a meter is usually financed with debt, which is paid back over the first half of the the meter's typical economic life of 20 years, and often well beyond. The meter-rental contracts with blue chip names like British Gas, Corona Energy, and Gazprom Energy, meanwhile, are guaranteed to rise with retail price inflation (RPI) for up to 15 years.

The company, which floated just over a year ago, is already producing impressive growth. In the year to the end of March, revenues increased 42 per cent to £18m, and 68 per cent of that was recurring revenue from long term-contracts. Cash profits were also impressive, rising 37 per cent to £10.8m, and £9.2m of cash was generated from operations.

The core meter asset management division, responsible for 43 per cent of group revenue, is roaring ahead. In the past two years the number of meters has grown from around 47,000 to almost 81,000. Some 18,000 meters were installed last year alone, and revenue in the meter division jumped over a third, or £2.1m, to £7.8m, generating gross profits of £5.1m, up from £3.8m previously.

Broker Numis thinks another 21,000 meters will be installed in the current year, and with good reason. The Department for Energy and Climate Change requires gas suppliers to install, or at least have plans in place to install, advanced meters for all heavy industry gas users by April 2014 and the smaller industrial and commercial users by December 2019.

With soaring prices, energy efficiency is high on the agenda too. This is driving growth in the automated meter reading operations that help clients keep a close eye on usage, improve efficiency and reduce bills. October's acquisition of Gazprom’s automated meter operations for £13.5m in cash and acquired debt helped increased data points by 150 per cent to 52,500, raising revenue from £2.6m to £4.5m, and gross profit from £1.1m, to £2m. Analysts expect 10,000 data points to be added in each of the next two years. The acquisition has also benefited the group's gas-infrastructure consultancy business, which accounts for 32 per cent of revenue and increased sales by 28 per cent last year.

Borrowing has been key to Energy Assets rapid expansion. Net debt more than doubled to £40.1m last year. That debt is backed by meter assets producing annual, long-term, recurring revenues of £7.8m and which are valued at £52.2m. In February finance provider Lombard, part of the Royal Bank of Scotland, increased borrowing facilities from £40m to £60m while at the same time slashing the cost of debt from 8.3 per cent, to 5.27 per cent, saving more than £500,000 a year. This fixed-cost debt, repayable over eight years, meant the company had headroom of £22m at the year end as well as £9m cash to fund future growth.

Energy Assets' shares currently trade on 12.4 times forecasts for 2014, falling to 9 times the year after. By contrast, sector peer Smart Metering Services (SMS) trades on 22 times forecasts for 2014. Small recently-listed companies are always high risk but the investment case has been significantly bolstered by the refinancing and the shares now look too cheap. Buy.