The ethics of pharma 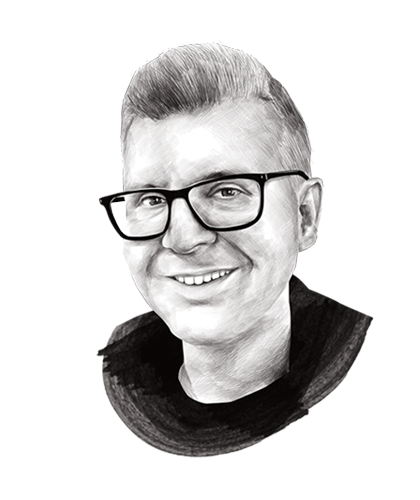 Pharma industry scandals tend to break down into distinct types. The most serious has always been how problems with products can have drastic consequences for patients. The main criticism is that the industry has a vested interest in skewing data towards proving the medical case for its products, which often cost $1bn, or more, to develop before even reaching patients. There have been some dreadful examples of industry malpractice over the years and this has spurred some wide-ranging regulatory reforms.

The Thalidomide scandal in the 1960s was exposed by the Sunday Times and represented one of the worst breeches of pharmaceutical product control in modern times. The Thalidomide drug was marketed by German company Grunenthal and was prescribed as a treatment for morning sickness to expectant mothers. The drug turned out to be teratogenic (harmful to the foetus) and many children suffered from deformities amid allegations that Grunenthal deliberately covered up the known side-effects of the drug. Diageo (DGE) was caught up in the scandal after its purchase of Distillers in 1997. Distillers had been the distributor in Australia on behalf of Grunenthal and Diageo subsequently set up a compensation fund for Australian victims of the drug. Thalidomide is still prescribed under very strict conditions to treat patients suffering from Myeloma.

US company Merck (MRK) must rue the day it brought anti-inflammatory painkiller Vioxx to market. The drug was heavily prescribed to chronic pain sufferers such as arthritis patients who suffered statistically high levels of stroke and heart attacks as a result. After the drug was withdrawn in 2004, Merck spent subsequent years fighting individual cases. However, after a settlement of claims in 2007, the company also paid fines of $950m to end a government investigation into the marketing practices associated with the drug. So far, it is estimated that Vioxx scandal has cost Merck some $5.8bn.

One of the worst examples of malpractice provided the inspiration for John Le Carre's book "The Constant Gardener." In the middle of a meningitis epidemic in Nigeria in 1996, Pfizer established a treatment centre at the infectious diseases hospital at Kano. This became the scene for an unlicensed medical trial of a new meningitis treatment trovafloxacin. 100 children were given the drug alongside another 100 who were treated with the standard medicine ceftriaxone. It was alleged at subsequent legal hearings that Pfizer's local investigators had lowered the dosage of cetriaxone in order to improve the comparative data for Pfizer’s test drug. After a long legal battle, Pfizer eventually reached a $75m legal settlement with the survivors of the trial.

All the industry's problem?

The sample list is sobering and shows that the pharma industry, along with healthcare in general, has had a problem when it comes to certain business practices. Inducements to doctors, lobbying of legislators and aggressive legal challenges against regulatory decisions have all played a part over the years in tarnishing the pharma industry’s name. For example, research done by the World Health Organisation (WHO) concludes that between 10 per cent and 25 per cent of the total $4.1 trillion public spending on healthcare is lost to graft and corruption.

The problem is working out how many of these sins are the specific fault of pharma companies. To begin with, the global pharmaceutical spend makes up around $750bn of the total estimated by the WHO and often form only the end of the procurement chain. Furthermore, corruption is most likely to have an impact on countries where institutions are weak and regulations are poor or non-existent. It is that companies cannot choose the governments they have to deal with and risk getting the blame for corruption that pervades a particular society. There is also the equally difficult argument of whether it is right to withhold medicines that could be potentially life-saving because of compliance issues.

Some corruption scandals within pharma have arisen simply because large global organisations tend to become harder to manage as expansion takes hold. Although the Chinese authorities might disagree on this point, global companies can only function if local management has a minimum level of autonomy. If this is subsequently abused by bonus-seeking managers, then it has the ability to tarnish the whole company's reputation. However, the problem of a company becoming too big to manage is not a phenomenon that is exclusively confined to the pharma sector. Nowadays, with bad news much harder to hide and data-mining able to crunch through the statistical fog that surrounds clinical trials, the possibility of being caught out is greater than ever. In that respect, there is no safer time to be a patient, if not necessarily an investor.