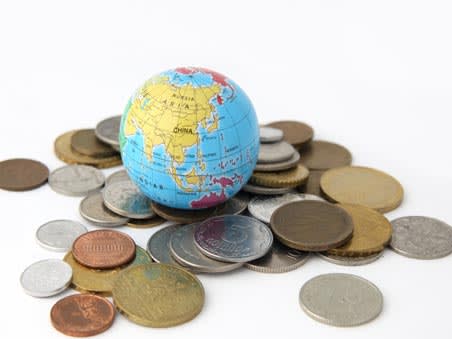 What in the world is cheap right now? After a bull market in equities lasting almost five years, it's a very pertinent question to ask. Developed world shares as a whole - as measured by the MSCI World index - are up by 116 per cent in that time. Many individual national stock indices are up by even more.

As I have discussed more than a few times lately, this strong performance has clearly made the search for good value harder. For example, a low proportion of developed-market shares meet the criteria for SG's Quality Income index, (http://bit.ly/GOZGyF) which is not a good sign for stocks in general.

That said, there is a widespread belief that certain countries' markets - especially in continental Europe - may still present an opportunity, while others - and particularly the US - are seen as dear.

To get to the bottom of this, I have looked across more than two dozen national markets going back over five decades. My first goal has been to find out which earnings-based valuation metric has been most effective for predicting future returns. I've then taken the findings to highlight today's likeliest-looking opportunities.

In recent times, one of the trendiest ways of seeking value in equity markets has been the so-called cyclically adjusted price/earnings ratio or Cape. This technique has been popularised especially by the work Professor Robert Shiller, one of this year's Nobel Laureates in Economics.

The aim of a cyclically-adjusted PE ratio is to smooth out the extremes of the business-cycle. At the trough of a recession, valuations can seem misleadingly dear if only recent earnings are taken into account. At the peak of a cycle, they can look flatteringly cheap.

Based on the S&P 500's price-to-average-earnings for the past 10 years, Prof. Shiller rightly highlighted that US stocks were heavily overvalued going into the year 2000. While it has become common to call this benchmark the 'Shiller PE,' the idea goes back at least to Benjamin Graham and David Dodd in the 1930s, who warned of the perils of valuing equities based on a lone year's earnings.

Of course, there is no reason why we must use 10 years' worth of earnings. In fact, it could even be unhelpful. Whereas we have earnings for Wall Street going back to 1871, good quality whole-market earnings in many other countries only goes back to the 1970s or so.

The lack of a long history makes it harder to put together a meaningful track record. Also, 10 years could be more than is really needed to smooth out extremes. A typical business cycle likely lasts about five years rather than 10.

While analysts and financial journalists often throw CAPE to support their views, they seldom ask the fundamental question of how effective it actually is.

The stock-market indices and their earnings in question are those compiled by Thomson Reuters Datastream. While one cannot buy into these indices themselves, they are generally lookalikes of actual tradable markets. For instance, the Datastream UK Total Market index - whose CAPE is shown above - moves just like the FTSE All-Share index.

The finest CAPE of all

Longer is better when it comes to CAPE. A price-earnings ratio based on more years of past earnings has generally been a better guide to subsequent price performance than CAPE using fewer years.

The best number of years of earnings to include in CAPE has indeed been 10. A 10-year CAPE proved to be the most significant predictor of returns over periods of up to five years for 15 of the 27 markets covered, and for nine of them when looking ahead at periods of longer than five years.

Even where the 10-year CAPE wasn’t the best, it was typically not far off from being so. The eight and nine-year CAPEs- which are clearly pretty similar - came out on top in numerous such cases.

Based on this, I have decided to use 10-year CAPEs across the board. There is another option, though: using the CAPE that's worked best for each individual market.

In the case of Belgium, for example, eight- and nine-year CAPEs have proved most effective. For Finland's market, four- and seven-year multiples have done best. Such cherry-picking is probably best avoided, though, as quirky one-off patterns are more likely to break down over time than something that works more generally.

(For a shorter-term alternative or complement to the 10-year CAPE, I should also mention that five-year CAPEs do seem to have been useful across most markets.)

CAPE has been a much better guide to some countries' markets than others, though. For the UK and Australia, to name but two, CAPE has explained a more than four-fifths of the long-term returns than have followed. In the case of Austria and Hong Kong, it has explained one-third and one-quarter of returns respectively.

The next table shows today's cheapest stock markets based on their absolute CAPE and their 10-year CAPEs compared with history.

Our aim is obviously to look for markets that are well below their historic average 10-year CAPEs.

Greece heads up the pack, with a CAPE of less than one-third of its historic average. That said, though, the best metrics for Greece have been the three- and five-year CAPEs.

Norway, the Netherlands and Singapore are eye-catching, as these are higher quality stock markets than the likes of Greece.

By contrast, the US, South Africa and New Zealand are rated slightly above their long-term average 10-year CAPEs, while Thailand is significantly above this level.

Despite the clear power of CAPE for highlighting cheap markets, there are obviously some caveats. First of all, it may not prove as predictive going forward as it has been in the past. While I have used up to 48 years' worth of data, this still makes for a small sample when considering 10-year CAPEs and lookahead periods of up to a dozen years.

Also, while the earnings series I have used have the merit of going back a long way, they don’t properly reflect loss-making members of the underlying indices. They do seem to capture the overall trend well enough, though, and clearly have still had predictive value.

In my next piece, therefore, I am going to follow up this research by suggesting some possible exchange traded fund strategies based on CAPE.