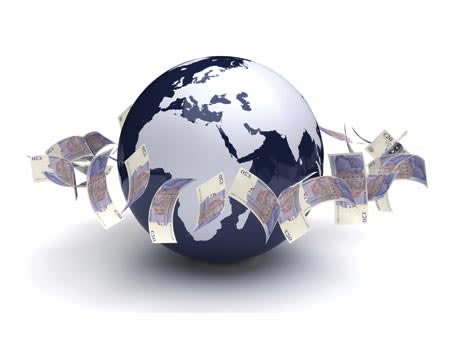 Buying cheap stuff works. Over time, a wealth of academic studies has shown that investing in stocks that trade on low valuation multiples can produce market-beating returns. More importantly, value investing is a proven approach in the real world, too. The most successful buy-and-hold investor of all time - Warren Buffett - is famously of this school, as are legions of other winning money managers from across the globe.

What goes for individual stocks is also true of equity indices as a whole. Lowly valued entire countries' markets in the developed world and beyond often end up delivering big rewards, whereas highly valued ones are prone to disappointment. But what is the best way to determine a cheap market and, if so, is there a tactical asset allocation strategy that we can use to take advantage of this?

The smoothed look is in

Lately, I have been exploring the benefits of the cyclically adjusted price-earnings ratio or CAPE (see 'The world's cheapest stock markets', 6 November). This approach involves valuing whole stock indices in terms of their average earnings of the past few years. The beauty of this approach is that is smoothes out the regular ups and downs of the business cycle, which can distort earnings and therefore valuation-multiples based on a single year's earnings.

In my study of the most recent decades going back to the 1960s, I have found that the most widely used CAPE has in fact also tended to be the most effective. Specifically, the price to 10-year average earnings - the metric popularised by the work of Professor Robert Shiller - has most reliably predicted the pattern of subsequent returns. Low 10-year CAPEs have typically given way to stronger returns, whereas high ones have often been followed by weaker ones. This is true over shorter horizons of a couple of years, right out to holding periods of a decade and more.

Based on this insight, I have been looking for ways of putting together a collection of equity indices that would beat the returns from simply buying and holding developed markets as a whole. To begin with, I've split all developed stock markets into four camps at the start of each year going back to 1983 according to their 10-year CAPEs. I then looked at how each camp did over the coming 12-month period.

First, though, a quick look at what a low CAPE portfolio would have been made up of over time. The first thing to note is that it wouldn't have involved owning loads of different markets. For the first few years of my study, the lowest CAPE camp consisted of four markets each year, rising to six latterly. That would be easily tradable via exchange traded funds, but also give a broad enough spread of assets within a portfolio.

Which countries' indices does this strategy typically involve buying into? Certain markets show up in the lowest CAPE portfolio much more often than others. The Netherlands' market, South Africa's, Ireland's and Belgium's have tended to be cheap over time, and have figured very regularly in this portfolio. By contrast, the Swedish and Japanese indices have never been included.

A low CAPE portfolio wins out

The initial results of my tests were striking. A strategy of buying the markets from the cheapest camp at the end of each year and holding them for 12 months came out on top in more individual years than any other. Each of the next three camps had progressively worse results, such that only in a single year did the dearest stocks produce the best average return. Also, investing in the dearest camp was the worst approach in more years than any other, whereas the cheapest camp was the worst approach in the fewest.

For this initial study, I only looked at markets in local currency terms. However, exchange rate differences clearly matter very much from the point of view of a UK investor planning to invest in lots of stock markets around the world. Therefore, I next decided to look at the effect of buying into the cheapest quartile of developed world stock markets at the end of each year and holding them for a single year, with returns expressed in sterling.

Since 1983, buying into the cheapest quartile of markets at the end of each year and holding on to them for the next 12 months would have achieved an annualised capital return of 12.6 per cent a year. By contrast, buying and holding developed markets as a whole would have made a mere 8.2 per cent a year. Or, to put it another way, £100 invested in this way at the start of 1983 would have become almost £3,900, against £1,134 for developed markets overall. This likely understates the benefits of buying the indices trading on the lowest CAPEs, as it does not include the effects of reinvested dividends.

Admittedly, this much superior performance did come at a price. As financial theory would predict, the low CAPE strategy's higher returns were more volatile. The annualised standard deviation of returns was 19.2 per cent for buying the indices from the lowest quartile, whereas developed markets as a whole had a standard deviation of 16.8 per cent. But this is not a massive step up, by any means.

Of course, standard deviation isn't the most intuitive way to measure risk. A much more obvious way is simply to look at the biggest peak-to-trough drops that have happened over time. In other words, what has been the largest portfolio loss that you would have suffered along the way had you followed this strategy consistently over time? In fact, the low CAPE portfolio experienced a slightly smaller worst drawdown along the way, a 47 per cent drop versus 50 per cent drop for developed world stocks overall.

However, the low CAPE portfolio did notably badly at certain key points over time. During the credit crunch bear market of 2007-09, it dropped by 8 per cent more than developed markets as a whole. And, it has done badly in very recent years in particular. In both 2011 and 2012, the cheapest CAPE markets did worst of any of the four CAPE camps, resulting from their skew towards the troubled eurozone economies of Italy, Ireland, Spain, and Portugal.

So, what of the present? As of the end of October, Austria, Ireland, Italy, the Netherlands, Portugal and Spain were the cheapest markets based on CAPE. Clearly, then, this strategy is for now very much a bet on the containment and resolution of the eurozone crisis. Still, picking and choosing isn't the name of the game here - it's about embracing the strategy and sticking with it. Nevertheless, I will be exploring ways of refining it going forwards.