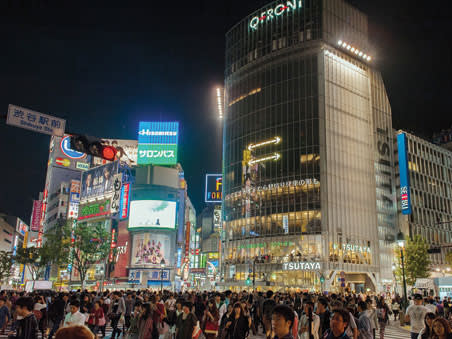 Both portfolios have made a good start to 2014 by essentially holding their value despite a turbulent January. But John Baron is now tweaking the strategy guiding the Growth portfolio

Outside the portfolios' 'Themes' and 'Commercial property' sectors, regular readers will know that the strategy guiding both portfolios since their inception five years ago has been to 'Go high, go deep and go east'. The emphasis has been on higher-yielding blue-chips and bonds, smaller companies and the Far East (including Japan from the end of 2012).

This has served both portfolios well. However, the time has come to modestly refine the strategy for the Growth portfolio given market conditions and its freedom from an income constraint.

Governments' vested interest in stoking a modest rise in inflation to help erode high debt piles has resulted in interest rates remaining low for an extended period of time. The post-war period saw a similar exercise and reminds us of both the benefits and potential drawbacks of such a policy. The job is not yet done. Debt remains stubbornly high. Despite all the talk of austerity and deficit reduction, this government has only managed to reduce the rate at which we are adding to our National Debt by one third. Other governments are in a similar, if not worse, position.

One strand of the investment strategy guiding both portfolios has therefore been to focus on higher yielding corporate bonds and blue-chip equities. The bonds because they are better insulated from modest rises in inflation, and because their risk profile will gradually improve as the economy moves forward and solvency concerns recede. The equities because their yield is attractive relative to other asset classes and because strong corporate balance sheets have been able to sustain dividend increases. Both strands of the strategy remain valid for investors seeking income.

Higher yielding corporate bonds will retain their position in both portfolios. But, with the economy expanding, changes to the Growth portfolio in recent months have seen the balance between higher-yielding blue-chips and smaller companies modestly tilt in favour of the latter. And last month the final holdings of these higher-yielding equities were sold in favour of smaller companies better geared into the economic recovery - gradual though it may be.

Some argue that the FTSE 100 stocks look cheap relative to their smaller brethren. But we should remember that, outside the 20 mega-caps, the remaining 'FTSE 80' is broadly on the same rating as the smaller companies below - valuation arguments based on the FTSE 100 differential can be misleading. One then has to consider whether you wish to be exposed to those mega-cap themes.

This refining of the 'Go high, go deep' element of the Growth portfolio's equity strategy has been further justified by the differential in discounts between the income and smaller company investment trusts.

The Growth portfolio's 'Go east' strategy has also been fine-tuned. Up to the end of 2012, the strategy for both portfolios confined itself to Asia Pacific excluding Japan. The election of Prime Minister Shinzo Abe changed all that. The weightings in Japan were increased to the point that they were broadly in line with those in the rest of Asia. However, January saw a marked shift in this balance towards Japan.

This is because, for reasons first highlighted at the beginning of 2013 ('Japan: A once in a lifetime opportunity?' 8 Feb 2013), the Japanese market looks set to continue to do well relative to other markets. A host of factors are in its favour. Japanese companies (including their banks) are fighting fit after years of cost-cutting and deflation. Meanwhile, the market is cheap relative to its peers whether measured on an earnings or break-up basis (the price-to-book is 1.2 in Japan, compared to 1.8 in Europe and 2.3 in the US).

One of the catalysts for a revaluation is the Bank of Japan's ambitious target of doubling the monetary base. The extent of this money-printing – far greater than in other economies - will impact on the stockmarket. Meanwhile, over half of companies in the Topix index have either no or only one researcher covering them which is surprising given the economy is the third largest in the world. This presents a host of opportunities for good fund managers.

Another catalyst for the market’s continued rerating is the government’s launch of Isa-style accounts aimed at encouraging households out of some of their $15tr of savings and into the stockmarket – a process which should be made easier as inflation takes hold. Given the market is under-owned, with only around 5 per cent of households’ assets invested, a modest shift could have huge ramifications. The market capitalisation of the 50 largest companies is worth just 12 per cent of total household savings.

The fact that many investors still dislike Japan further adds to the market’s attraction. But, again, the focus on Japan within the 'Go east' element of the Growth portfolio's strategy will not be replicated to the same extent within the Income portfolio because of yield constraints - Asia outside Japan is still where the better yields are to be found.

Accordingly, a number of changes were made to the Growth portfolio in January. Perpetual Income and Growth Investment Trust (PLI), Schroder Oriental Income Fund (SOI) and Aberdeen Asian Smaller Companies Investment Trust (AAS) were sold whilst standing at a small premium, at par and at a 5 per cent discount respectively. All are excellent trusts – indeed, PLI remains in the Income portfolio.

In their place, I have introduced JPMorgan Japanese Investment Trust (JFJ) while standing at a 10 per cent discount. The performance has picked up significantly since Nicholas Weindling took over in the autumn of 2010. Speaking with Nicholas, I suggest this pick-up has perhaps been helped by him and his team being based in Tokyo, which is not as common as you may think.

To compensate for the loss of SOI and AAS, I have bought Scottish Oriental Smaller Companies Trust (SST) while also standing on a 10 per cent discount – the new weighting being a tad higher than the 2.5 per cent which AAS had dropped to.

Outside the Far East, I have added to both Henderson Smaller Companies Investment Trust (HSL) and International Biotechnology Trust (IBT) while standing at discounts of 12 and 15 per cent, respectively. A conversation with Neil Hermon, HSL's manager, confirmed that around three quarters of the portfolio is in mid-cap stocks - a reminder that trust names can sometimes inadvertently be opaque.

There were no changes to the Income portfolio.

John's book is out now. It explores the merits of investment trusts, the stepping stones to successful investing, and how to run and monitor a trust portfolio. Available from Amazon and other bookshops

John Baron waives his fee for this column in lieu of donations by Investors Chronicle to charities of his choice. As these are live portfolios, he has interests in all of the investments mentioned.