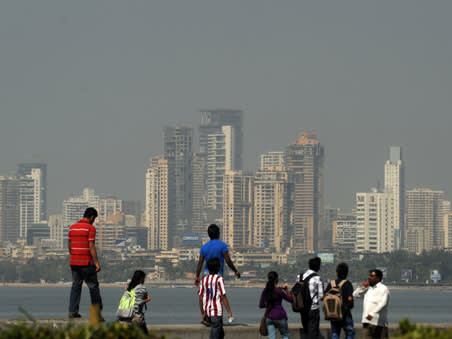 Elections in India are unique. Colourful, chaotic, often violent, the political process there has a direct impact on more lives than any other. By the time this week's copy of the Investors Chronicle hits the shelves, the result will be known. And who wins matters, not just for half-a-billion voters taking part, but for financial markets, too.

Indian elections and stock market volatility have, in recent times, been inseparable bedfellows - equities slumped by 19 per cent post-2004 and rallied 18 per cent in 2009. In the past week, and after a series of record highs, the local Sensex index jumped 8 per cent and above 24,000 for the first time. Exit polls showing the opposition, Bharatiya Janata Party (BJP), winning a majority take the credit. Led by controversial Hindu right-winger Narendra Modi, the BJP has campaigned on a platform of economic reform and is heavily backed by Indian business leaders.

"Investors hope a Modi government will decisively break the log-jam that has plagued India's long-running reforms process, and push through policies needed to stimulate the economy," explains Deepak Lalwani, founder of London-based consultancy, Lalcap. "Infrastructure, manufacturing and banking shares, perceived as winners from a Modi win, led the rally."

Avinash Vazirani, manager of the Jupiter India Fund, is excited, too. "We could be seeing the start of a bull run in Indian stocks that has the potential to last three or four years," he says. "There is a wall of local money that is waiting to find a home."

But is this sustainable? GDP growth has halved in the past three years to below 5 per cent, and interest rates may have to rise further from the current 8 per cent to slow inflation. And International Monetary Fund (IMF) forecasts for growth of 5.4 per cent in 2015 and 6.4 per cent the year after hinge on successfully stimulating investment and growing exports.

The Indian stock market has outperformed the broader MSCI Emerging Market Index by over 20 per cent since August, yet a forward PE ratio of 15, dropping to 13 next year, is in line with the historic average and modest for estimated earnings growth of 22 per cent this year and 15 per cent in 2015. Next week will be interesting, particularly if historically unreliable exit polls are wrong again, but when the dust settles, India looks capable of delivering strong returns in the years ahead.