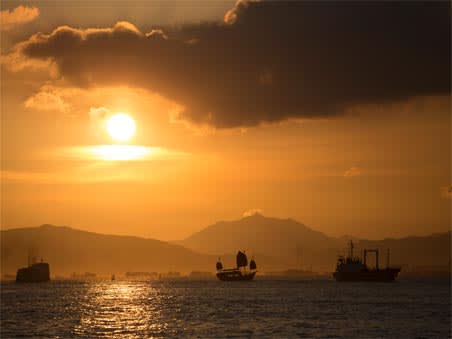 China gets into bed with Putin

The pricing implications of the $400bn gas supply deal between Russia's Gazprom and China could see the likes of BG Group and Shell think twice about committing capital for further LNG expansion in Asia Pacific.

In the week in which Prince Charles demonstrated that he had inherited his father's gift for diplomacy, Russia and China finally signed a $400bn (£238bn) gas supply deal that had been a decade in the making. The timing couldn't have been better, at least from a Russian perspective. With all the talk centred on the political impasse in Ukraine, and the necessity for Europe to diversify its gas supplies away from Russia, Gazprom promptly turned around and secured a huge new export market at a single stroke.

The deal infuriated some politicians in Washington, who seem positively dewy-eyed over the lost certainties of the Cold War era when Beijing and Washington struck up an alliance of sorts against the Soviet Union. But the imperative for the trans-Siberian pipeline route has less to do with the Kremlin's increasingly fractious relationship with the west, rather than China's determination to tackle the toxic legacy of its industrialisation.

The Communist Party can no longer simply pay lip-service to demands that it deal with China's appalling air quality. The problem has become so acute in many of China's provinces that it now threatens to retard the rapid economic development that gave rise to it in the first place. But, it is one thing grounding flights because of increased levels of airborne particulates; quite another when they are shown to slow down the rate of photosynthesis in plants – thereby imperilling the country's food supply. That was one of the more alarming findings on China's air quality that was made public earlier this year by the country's Academy of Sciences. And given China's experience of famine in the 20th century, it's little wonder that the Communist Party now seems intent on addressing this coal-fired issue as a matter of urgency. As recently as 2009, China was importing around 58bn cubic metres (bcm) of natural gas. Imports have all but tripled in the intervening period, and are now expected to increase five-fold over the next 10 years.

Under the 30-year contract, Gazprom will supply China National Petroleum Corp (CNPC) with up to 38bn cubic metres of gas a year from 2018, although this is effectively the first step of a much larger development plan for Asia that could eventually match the scale of Gazprom's European ventures. Work on the trans-Siberian pipeline could start by the end of this year, with Russia outlaying an estimated $55bn on construction and field development, while China is thought to have committed around $25bn thus far. Precise terms of the deal weren't disclosed, but industry analysts believe that Gazprom may have been forced to make major concessions to China on pricing in order to get the deal done. The $400bn figure supplied by Gazprom implies a price in the region of $10.50 per million British thermal units (mmBtu), which is broadly in line with existing supply agreements to central Europe, but at a discount to those in place for Germany, France and Italy.

What does the Gazprom deal mean for the likes of BG Group (BG.) and Royal Dutch Shell (RDSB), both of which have expanded their LNG capacity to tap into Chinese industrial growth? Well, probably not that much from a demand perspective, but it could have implications for pricing in the region. There is certainly reason to suggest that China is gearing up to substantially boost its LNG imports, regardless of new gas supplies from pipeline sources abroad, or from the development of its domestic unconventional oil & gas industry. A roll-out of new specialist terminals is set to boost China's LNG port capacity from a current level of 31m tonnes a year to 80m tonnes by as early as 2018. Terminals currently at the planning stage could eventually drive capacity up to 110m tonnes, which is 26 per cent in advance of Japan's total LNG imports for 2013. (Post-Fukushima, Japan became the world's biggest LNG importer).

With Beijing committed to easing the lot of China's wheezing workers, we needn't worry over projected demand. The problem is that LNG export facilities are now less likely to be built as the eastern Siberian pipeline gas puts pressure on regional prices. The implied price for the Gazprom deal is lower than China's average LNG import cost for last month at $10.84 per mmBtu. And even that figure is artificially low because of a long-standing contract for supplies from Australia, which was struck at a miserly $3.22 per mmBtu. In reality, China has paid as much as $19.97 per mmBtu for global shipments over the past six months. So even with the as yet unquantified ancillary costs of the pipeline, it would be reasonable to assume that it could supply China at a 20-25 per cent discount to seaborne LNG supplies.

China is certainly wary of Russia's use of its energy assets as a political lever, so it would wish to diversify its energy sources as far as possible, but if the Gazprom deal effectively sets a benchmark for Asian gas pricing, we can expect further project cancellations from already capital-conscious LNG producers.