Please look at the presentation slides taken from some of our speakers from the seminar to see what was discussed on the day.

John became editor of Investors Chronicle in September 2012, having been a member of the magazine's companies team since 2008. Either side of an earlier spell at the publication, he spent 3 years as a software analyst at investment boutique turned stockbroker Evolution Capital, and another three at big 4 accountancy firm EY as a technology, media and telecoms sector analyst. John received the Wincott award for best financial blogger in 2011.

Moira O'Neill has been a finance journalist for 16 years and is the Harold Wincott Personal Finance Journalist of the Year for 2012. After reading Classics at Cambridge University, she worked for a variety of financial magazines and newspapers before joining Investors Chronicle as Personal Finance Editor in 2008.

■ Investing in real estate for income

Algy Hall is Tips Editor of the Investors Chronicle and the writer of the magazines' stock screening column. Algy began his career in financial journalism in 1998 writing for Investment Trust Newsletter. He assisted the founding of Citywire where he predominantly wrote about the investment activities of shrewd investors until he joined Investors Chronicle in 2006. The 38 stock screen's Algy regularly monitors have an average life of just over 3 years during which they have produced average returns of 90.2 per cent compared with an average of 29.4 per cent from the relevant indicies.

■ Investing in the cream of Europe. - Using dividend growth to identify growth opportunities

Sam Morse manages the Fidelity European Values PLC investment trust and Fidelity European Fund. Sam joined Fidelityin 1990 and spent seven years with the company as a research analyst, covering pan-European retail stocks, and then as a portfolio manager, running funds including Fidelity Income Plus Fund, Fidelity Growth and Income Fund and FidelityMoneyBuilder Growth Fund. He then left Fidelity to be Head of UK Equities at M&G. Sam returned to Fidelity in 2004 to manage UK equities for institutional clients. He managed the Fidelity MoneyBuilder Growth Fund from December 2006 for three years before becoming portfolio manager for Fidelity European Fund. He assumed responsibility of Fidelity European Values PLC in January 2011. Sam has an MBA from INSEAD and a BA from the University of North Carolina. 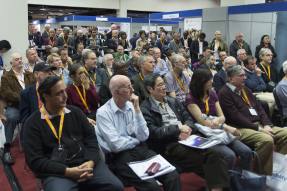 Register your place for our Think Outside the Investment Box Seminar 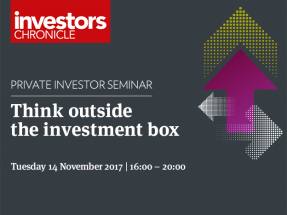 Unlocking the potential of growth investing 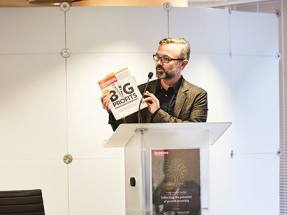