Could the work of investing be taken over by robots? Yes, say Erik Brynjolfsson and Andrew McAfee. In their book, The Second Machine Age, they predict that digital technologies will make equity analysts redundant. In the US, "robo-advisors" are emerging - companies such as Wealthfront offering automated investment advice. And we've seen the growth of high frequency trading, whereby computers make trade in nano-seconds.

From the point of view of the retail investor, however, what's striking is just how little technology has affected the financial services industry. Now, just like 50 years ago, we entrust our money to humans who use their judgment to invest it. This poses the question: why hasn’t investing been automated already? Some big facts deepen the question.

One is that humans are expensive. Annual fees on actively managed unit trusts are over 1 per cent. For a long-term investor, these compound horribly; on a £100,000 investment over 20 years an extra percentage point of charges adds up to a cost of over £50,000. Such high costs should incentivise us to look for cheap mechanisation.

This is especially true because simple mechanical ways of picking stocks work well. Clifford Asness at AQR Capital Management has shown that momentum investing has paid off well in the US; the 30 per cent of stocks with the best returns in the previous 12 months has beaten the market by an average of 5.5 per cent a year since 1927. And Victoria Dobrynskaya at the London School of Economics shows that much the same is true for shares around the world.

It’s not just momentum that works. Nardin Baker of Guggenheim Investments and Robert Haugen of Haugen Financial Systems has shown that defensive investing does too; the least volatile stocks out-performed in every one of the 33 major markets they studied between 1990 and 2011.

You don't, of course, need human judgment to spot defensives or momentum shares; you can simply apply an algorithm to stock screens to do so. The same is true for 'quality' shares. Mr Asness and colleagues have shown that these too can be identified objectively by things such as profit growth and payout ratios, and that such objectively good quality stocks beat the market.

All this suggests that human judgment is redundant. Cheap algorithms can beat the market. Humans, by contrast, tend to do so only when smaller stocks outperform bigger ones, in which case capitalisation-weighted indices underperform active investors.

Computers have another virtue - they are not cowards. This matters. Researchers at AQR Capital Management have shown that a big reason for Warren Buffett’s success isn't so much his judgment at stock picking but rather his discipline in sticking to his methods even in bad times. For those who lack Mr Buffett's discipline, robots therefore have another advantage - they don’t get the jitters.

All this deepens the puzzle. If simple automated processes are so good, why do we continue to pay humans fortunes to advise us and manage our money?

The answer, I suspect, lies in some simple cognitive biases. The anchoring effect causes us to under-estimate the long-term impact of charges; we think 1 per cent is a small amount and underestimate how it compounds. Another is the overconfidence effect; we over-estimate our ability to spot the minority of funds that will justify their fees.

There's also the narrative fallacy. We want to believe in stories and investment themes. This creates a demand for stories on how to invest during economic recovery, rising interest rates, emerging market slowdowns or whatever. Humans are much better at telling stories than robots. One element of our urge for stories is our need for heroes. We want to believe there are exceptionally gifted people such as Anthony Bolton or Neil Woodford who can beat the market. Unfortunately - as supporters of the England football team discover every two years - the men we regard as heroes often turn out to be all too fallible.

On top of all this there is a longstanding instinctive distrust of technology. From Mary Shelley’s Frankenstein, through HAL in 2001: A Space Odyssey and Yul Brynner running amok in Westworld, to nanobots destroying electricity in the TV series Revolution, we’ve harboured a fear that technology can have catastrophic effects. It’s this that gives us scare stories about GM foods and legal highs, while tolerating the mass deaths caused by alcohol and tobacco. Your correspondent isn't immune from these; a few months ago I bought a car that parks itself - a facility I haven't yet summoned the courage to use.

Such fears aren’t wholly wrong. Algorithmic trading might well generate extra volatility. But if the "flash crash" of 2010 was caused by robots, the financial crisis of 2008 was caused by humans - and it had far more devastating effects. Personally, I'd rather avoid the latter than the former. But I suspect I'm in a minority, so perhaps the robots won’t be coming after all. Too risky for humans 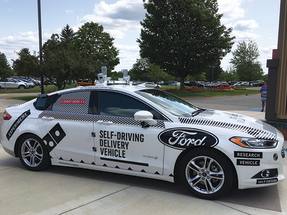 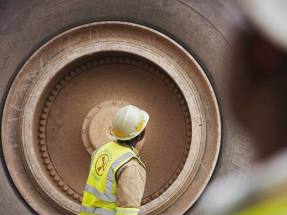 Prepare your portfolios for forecasters' ignorance

Nobody can predict how great will be the bounceback in consumer spending or inflation.

BT vs Sage: Where’s the spark?

Telecoms companies and payroll software providers should have had an excellent year, but growth at both BT and Sage remains slow. Rising interest rates could cause lots of assets to fall at the same time. Luckily, there's a simple way of protecting ourselves from this.