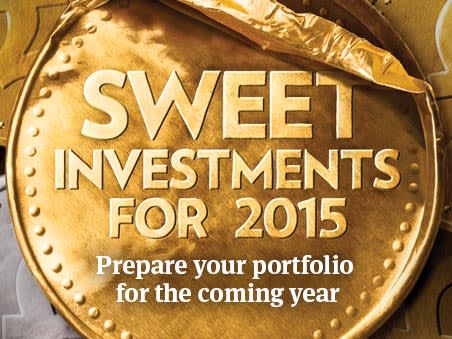 UK stocks: all about yield

After a dull 2014, UK equities remain the least attractive asset class - except for all the others

By comparison with the previous two years, 2014 was a dull vintage for UK equities. The newsflow was neither bad enough to precipitate a correction, nor good enough to prolong the euphoric recovery rally of 2012-13. As of mid-December, the FTSE All-Share index was up about 2 per cent over one year - a massive underperformance of the S&P 500, up nearly 15 per cent.

Before we write off 2014 as a year to forget, however, let's readjust our expectations. Add in dividend income and the so-called 'total return' on UK shares is about 6 per cent for the past year. Moreover, inflation is exceptionally low - consumer prices were up just 1.3 per cent over the year to October - so, in real terms, UK equity investors haven't done badly. The average real return on UK equities for the past 100 or so years has been 5.3 per cent, according to painstaking research by academics Elroy Dimson, Paul Marsh and Mike Staunton. Assuming no Yuletide crash, therefore, the result for 2014 looks set to be just a smidgen below average. It's only in comparison with the bonanza of 2012-13 - which was never sustainable - that 2014, at the headline level, has been dull.

That headline result also masks a couple of significant reversals. The first was in March. For the first couple of months of the year, retailer and housebuilder shares rallied strongly, prolonging the 2013 trend, while the FTSE 100 multinationals were hit by poor sentiment towards emerging markets. That trend unwound in the spring and summer months, as investors began to worry about UK monetary policy. A growth-dampening 'polar vortex' in the US and hawkish comments from Mark Carney, governor of the Bank of England, reinforced a new consensus that the UK would be the first major Western economy to increase interest rates after the financial crisis. Investors fled to the comfort of blue-chip stocks, and large-caps started to outperform mid-caps.