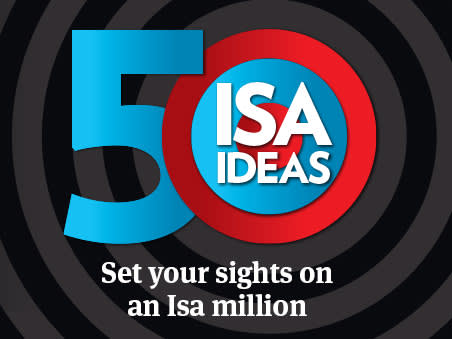 Set your sights on an Isa million

No one knows exactly how many individual savings account (Isa) millionaires there are - but we do know that this financial milestone has been achieved by many investors. And the big rise in the annual Isa limit announced in the 2014 Budget should make it easier for diligent savers to join the Isa Millionaires Club.

Stockbroker Brewin Dolphin says it has 15 clients with at least £1m shielded from the taxman in an Isa wrapper. Barclays Stockbrokers claims to have 63 clients who have achieved that milestone. The first Isa millionaire was Lord Lee who achieved this goal in 2003.

By maximising your full Isa allowance every year, Fidelity Personal Investing calculates that you could become an Isa millionaire in 27 years and 10 months. This is based on a hypothetical illustration of an investor who invested £15,000 on 1 July 2014 and subsequently invested the full Isa allowance each year at the start of the tax year with an annual growth rate of 5 per cent, a service fee of 0.35 per cent and an average annual management charge of 0.75 per cent. The example also assumes the Isa limit increases in line with a 2 per cent inflation rate each year

Isas were introduced in 1999 to replace the personal equity plan, or Pep, which had been around since 1986. The annual limit on contributions into a stocks-and-shares Isa account started at just £4,000. But that limit has risen steadily over time. According to Barclays Stockbrokers, an investor who paid in the maximum each year since 1986 could have accumulated a total of £209,280 from Isa and earlier Pep contributions alone by the end of the 2013-14 tax year. Add in the £15,000 maximum contribution for 2014-15 and you'd have invested £224,280. But the investment growth on the Isa is also tax-free.

£15,000 might seem a lot to stash away in a year, but we have seen several young Investors Chronicle readers doing just this, albeit investors who are on good salaries but living modestly and making savings a priority.

Even if you can put aside a more modest figure of £200 a month over a period of 20 years, and achieve 7 per cent annual investment growth, you could achieve a goal of £100,000. The tax-free income from this pot would be a welcome top-up to state and private pensions, or could give you some financial freedom to reduce your working hours and spend time on a new project.

Stocks-and-shares Isas are also good vehicles for investing for lump sums over shorter periods of time. Unlike money put into pensions, which is locked away until you are at least 55, you can access the money in an Isa at any time. So investors can use them to invest for a child's university education, a deposit on a first home or a wedding. If you are fortunate enough not to need your Isa in retirement, it can be used as a buffer fund to pay for long-term care.

With major developed stock market indices reaching record levels and the FTSE 100 this month surpassing the peak previously seen at the height of the dot-com bubble in 1999, investors may be nervous about putting new cash into the markets.

Jason Hollands, managing director at Tilney Bestinvest, says: "At a time when more and more of the public are being drawn into the higher rates of tax and when the election could herald the return of a top rate of 50 per cent income tax, it really does make sense to utilise important tax-efficient allowances such as Isas and pensions while you can."

He advises that investors who are nervous about investing in the markets should consider either investing their Isa in absolute-return funds that aim to perform well in all market conditions, or open an Isa account with cash now and invest later, perhaps on a regular drip-feeding basis, rather than eschewing Isas altogether.

■ Isas are not investments in themselves but are tax wrappers in which you can hold cash or stocks and shares. Any income received in the form of interest or dividends is free of tax and the investments can grow free of capital gains tax.

■ You can put money into one cash Isa and one stocks-and-shares Isa each tax year. The tax year runs from 6 April to 5 April.

■ For the 2014-15 tax year the maximum that you can invest in an Isa is £15,000. You can put the whole amount into stocks and shares. Alternatively, you can divide the allowance as you wish between cash and stocks and shares. Previous years' Isa subscriptions can be transferred to a new provider and between stocks and shares and cash if you wish. However, you should contact the new provider to arrange the transfer. Once you have taken money out of an Isa, you can't get that part of your allowance back again.

■ You have to be aged 18 or over to open a stocks-and-shares Isa, but you can open a cash Isa when you turn 16. You also have to be resident in the UK for tax purposes and you can't hold an Isa jointly with, or on behalf of, anyone else. You can also get a Junior Isa for children under 18.

Isas are usually considered the first step in financial planning because you can access your money. They are also useful for retirement planning because you can withdraw an income from them free of tax. By contrast, pensions benefit from upfront income tax relief on contributions, but your money is locked away until you are at least 55. Only 25 per cent of a pension can be withdrawn free of tax in retirement - the rest is taxed as income.

David Woodhouse, head of advice services at Chase de Vere, says: "For most people the best approach to long-term savings is a combination of pensions and Isas.

"Pensions provide initial income tax relief, which makes them more attractive to higher earners, while Isas are more flexible as investors can access their money whenever they want it, which can make them better for younger people who usually have financial goals other than saving for retirement.

"Many people have the perception of pensions as being outdated and offering poor value. By contrast, Isas are considered attractive, modern and flexible. It is no wonder then that more money is invested in Isas.

"However, the changes to pension rules should, for many people, push the balance in favour of pensions."

From April 2015, individuals will be given the freedom to withdraw their entire pension pot as cash after age 55. Also from April, the 55 per cent death tax on pensions will be scrapped entirely if you die before age 75; your beneficiaries can spend the money at will with no tax to pay. If you die aged 75 or over, whoever inherits your pension can leave the money in the pension and pay no tax, or withdraw the money and pay income tax on it.

Mr Woodhouse says: "For the vast majority of people the combination of initial tax relief and tax-free cash means that pensions will outperform Isas on a like-for-like basis. Add to this the new access flexibilities and the potential for inheritance tax benefits then for many people the case in favour of pensions becomes compelling.

"While we will see a rush of people aiming to use their annual Isa allowance as we approach the end of the tax year, some astute investors will be putting as much, if not more, focus on utilising their pension allowances."

However, a downside of pensions is the constant government tinkering with the pension rules. And with a change in government potentially on the cards, the rules could change again. Labour leader Ed Miliband has set out his plan to cut university tuition fees by a third to £6,000 by reducing tax relief on pensions.

This would be done by cutting the annual pensions allowance eligible for income tax relief to £30,000 and reducing the lifetime allowance on pensions to £1m. In addition, those earning more than £150,000 a year would receive pension tax relief at only 20 per cent, the same level as basic-rate payers.

At present there is no lifetime cap on savings into an Isa.

HOW TO USE ISAS BETTER

■ Think about the risk profile and asset allocation of your investments.

We recently reviewed the portfolio of a 74-year-old reader, Peter, who was making full use of his annual individual savings account (Isa) allowance. However, he realised that he needed to lower the risk of his holdings in order to focus on capital preservation. He said: "I think my attitude to risk has been too relaxed, resulting in a high concentration on equities. I believe I need a more appropriate asset allocation but am not sure what it is." Our experts advised that he reduce exposure to high-risk commodities and increase his holdings in blue-chip income stocks.

■ Rebalance your investments at least once a year.

Check that your chosen asset allocation is still right for your needs before making new Isa investments. Also make sure that your portfolio is invested in the right proportions according to your chosen asset allocation. For example, you might find that equities account for a larger portion of your portfolio than this time last year. So you may need to sell or add to holdings.

You can't control the markets but you can control the cost of investing. Make sure that you are using the lowest-cost DIY investment platform for your type of portfolio and investment style. You can also control costs by limiting your trading costs or using low-cost tracker funds and exchange traded funds for the core of your portfolio.

Not a subscriber? Click here to view all of our subscription packages.