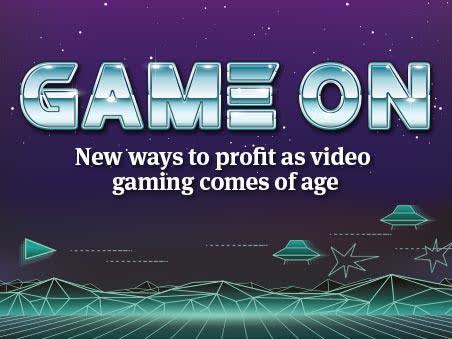 Mention 'gaming' to UK investors and their first thought will probably be gambling operators such as Ladbrokes and 888. Specify 'video games' and, after racking their brains, they might just suggest Sony or Nintendo. Few will be aware of the UK's thriving video game industry, which features companies that make and sell the titles, provide motion-capture cameras, test the games and host tournaments watched by millions.

Their strong growth prospects and relative obscurity give investors an excellent way to power up their portfolios.

Famed TV and film companies such as Sky, ITV and Cineworld often hog the headlines in the entertainment space, but the scale and momentum of the video game sector is equally striking. Analysts at PwC predict that global spending on video games will climb around 6.2 per cent annually between 2013 and 2018, to $89bn (£57bn), outpacing expected growth in spending on both films and televised entertainment. In the UK, they forecast spending will rise about 5.1 per cent a year to £4.1bn in 2018. Video games are also grabbing domestic advertisers, whose spending is slated to rise around 12 per cent a year over the same period.