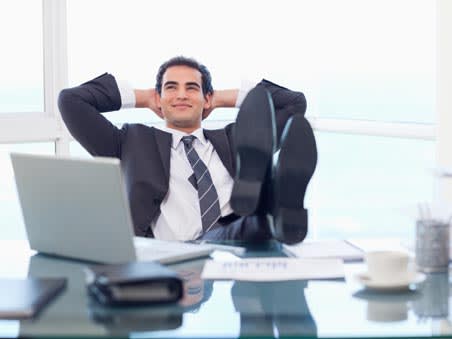 In the first of a regular series of updates, Anthony Garner is pleased to see his new trading system working as expected in volatile markets

August 2015 hardly provided a calm backdrop for the launch of a live account using my simple, purely mechanical (rules-based), asset allocation system. Markets around the world experienced heightened volatility in the wake of the Chinese sell-off and the account is down 3.66 per cent year-to-date. Nevertheless, compared with the 6.04 per cent fall for the MSCI World Index (USD Net ticker .MIWO00000NUS), which is the chosen benchmark for my global strategy, the (very) early signs look good.

The concepts behind my system are simple: momentum and diversification. The aim is to invest in markets that are moving up and to exit those that are going nowhere or down. The object is to provide an equivalent or superior return to the benchmark with lower volatility and peak-to-trough drawdowns.

This will hopefully be achieved by investing in risk assets such as stocks and commodities while their momentum (return) is positive and retreating to the reserve asset (cash/bonds) during periods of market stress.

The month-end holdings of the portfolio for August and September are shown in the pie charts above. Having exited risk markets in response to recent conditions, the model is heavily weighted in cash. As a result, it has outperformed the benchmark, which must be fully invested at all times. While two months of trading hardly constitutes proof of concept, it is gratifying to see the system working as expected. One drawback that I anticipate is that there will be periods of lag in rising markets while the system gets reinvested in risk assets. But it is impossible to get it right all the time and, as with investing in general, a systems trader needs to take a long-term view.

Download documents (.xls )
. There is no magic to this number, I arrived at it by combining as many liquid index-tracking country funds as I could find and added in a limited number of liquid commodity ETFs. Of these products, those tracking assets and markets most demonstrative of positive momentum are selected according to the trading criteria described in the 'Tactical asset allocation rules' box. In essence, the system invests in the top monthly performers from the universe, according to an algorithm that assesses their 12-month, six-month, three-month and one-month momentum. For the sake of greater rigour, the portfolio is split into four identical sub-systems that are all rebalanced according to the same rules but at different stages of the month. Only trades with positive momentum are accepted, with the system reverting to the reserve assets of cash or bonds where negative or zero momentum exists. The aggregate of these four sub-systems gives the overall holdings and performance of the portfolio.

In long-term back tests (starting in January 2000) the tactical asset allocation model outperforms the MSCI World Index handsomely. The absolute return is over three-and-a-half times that of the benchmark with just two-thirds of the volatility (10.1 per cent as opposed to 15.67 per cent). Furthermore, the TAA system would (in theory at least) have experienced less severe losses in the 2008-09 crash. Whereas holders of the MSCI World suffered a drawdown (a peak-to-valley decline in value) of 54 per cent in 2009, back tests of the TAA model point to a mere 20 per cent drawdown in simulations for this period.

Will the live system work as well in the future? Not necessarily to this degree. There will undoubtedly be periods where a fast-moving collapse could cause significant loss before the system's lagging indicators can catch up and exit risk markets. But in general it is to be hoped that the algorithm will continue to protect the investment over the long term.

Let me be quite clear about my investment views: I do not believe there is a magic formula. I do believe, however, that in the absence of inside information or another form of unfair advantage (such as that prevailing in the murky waters of high-frequency trading) quantitative investment techniques provide investors with their best chance of reaping a 'market return' over the long term. That said, the best laid schemes of mice and men have a habit of taking unexpected turns and I have no doubt that my own system will suffer its share of misfortune. My hope is that such misfortune will be less scary than that suffered by the general market over the coming years. Only time will tell.

Return (momentum) is calculated as follows: (instrument, close of the day immediately prior to the reallocation day)/(instrument close on the date of the relevant look back period). For each instrument four momentum calculations are made each with a different lookback period: 12-month momentum, six-month, three-month and one-month. The returns thus calculated are averaged, dividing by four. The instruments are then ranked by return from the highest to the lowest.

Each of the four sub-systems choose the top 10 ranking ETFs by past monthly performance and invests in those 10 for the following month. Any existing holdings that have fallen outside the top 10 are sold and any new entrants to the top 10 category are purchased. Existing holdings which remain within the top 10 performers are retained.

Each sub-system reallocates on a different equally spaced day of the month. So there are four reallocation days a month - one for each subsystem. Periodic reallocations occur on a rolling basis and not on fixed calendar dates.

At heart, the basis of the money management strategy is equal weighting at the time the position is taken. This will change with time as the value of the position increases and decreases. At each reallocation date winners are rebalanced but losers are not rebalanced - in other words, winning positions are cut back to equal weighting while losing positions (if they have remained in the top 10 rank) are not increased to equal weighting. No rebalancing is undertaken unless an instrument is overweight by more than 5 per cent so as to avoid undue turnover.

A profit-taking mechanism is employed to reduce volatility and drawdown. On position entry I calculate a 10 average true range (ATR) profit target.

I calculate the ATR over a 20-day period. I multiply the ATR by 10 and add it to the initial entry price: this is the first 'target'. When (if) reached, I sell 75 per cent of the holding in that instrument and recalculate the profit target using the then latest closing price. I repeat until an exit signal is given by the normal 'top 10' exit rule.

Profit-taking trades are permitted on any business day and are not restricted to reallocation days.

• Reject any trade where the momentum is negative.

• Reject any trade where efficiency is below the 'efficiency limit'.

In other words, even if an ETF is ranked in the top 10, don't invest if its momentum is negative (ie, it has lost value during the measurement period) or if the stocks behaviour has been 'inefficient'.

Negative momentum/returns is obvious. 'Efficiency' takes a bit more explaining. The 'efficiency ratio' is described by Perry Kaufman on page 134 of his book Smarter Trading. Mr Kaufman's efficiency ratio has values ranging from 0 when markets are very noisy and a theoretical +1 when markets are perfectly directional. I will return to the actual calculation of the efficiency ratio in a further article, but it is not an essential part of the program - it could be dispensed with without too much damage.

The combined effects of profit taking and filters is such that there is usually an element of the portfolio invested in the reserve asset which is cash/bonds. Given low interest rates I am currently using cash only as my reserve asset. During periods of market crisis the allocation to the reserve asset can be expected to climb to 100 per cent. By contrast, during bull markets the allocation to risk assets (stocks and commodities) can be expected to approach 100 per cent.