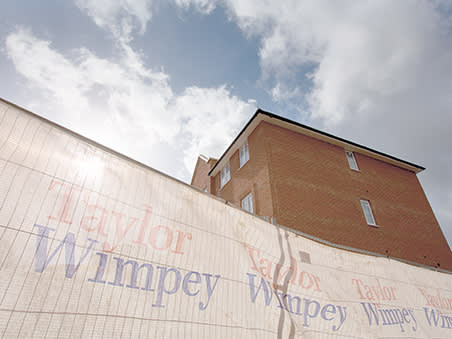 In May 2014 we reported on the case of 30-year-old Kwasi who was aiming to retire by age 40. A year-and-a-half on and he is slightly nearer to his goal of generating £15,000 income a year from his investments. But there's still plenty of work to do.

In May 2014, Investors Chronicle's economist, Chris Dillow, and stockbroker Charles Stanley gave Kwasi some tips and ideas on how to improve his strategy.

Kwasi says: "The advice I received from Chris Dillow to put thoughts of a very early retirement on the back burner actually spurred me on to take a more aggressive approach. While I enjoy my job and seem to be good at it, I don't think there is any job that will give me the satisfaction of freedom. I also decided to move to consultancy work earlier than planned given the higher remuneration, which will give me more to invest.

"I have increased my exposure to property against Chris's advice because I felt leveraging would be a good use of capital. The rental property yield of 8.5 per cent should also provide an additional income, allowing me to invest more.

"I'm aiming for a £15,000 income based solely on the investment portfolio. I'll maximise my Isa subscription each year as a minimum and reinvest income and profits from other investments - aiming to put aside a total of £2,000 a month.

"My portfolio has a yield of about 5 per cent. I aim to increase the value 10-fold, keeping the yield at the same rate to achieve my income goals. I think it's a realistic goal, albeit ambitious. I may have to push out the timescale for my early retirement by a couple of years depending on how my investments perform.

"I went against Charles Stanley's recommendation in May 2014 to sell Royal Mail (RMG) and JPMorgan Chase (JPM), as well as investing in Taylor Wimpey (TW.). However, I did look to follow their advice on diversification, and have added both more stock and funds to bring the number of investments to over 20 as suggested."

We asked Chris Dillow and Charles Stanley to cast their eye over Kwasi's portfolio again.

I sympathise with your desire for freedom, and even admire it: even the best jobs are futile and uncomfortable. However, I fear that you might not be able to achieve it by the age of 40.

We've only seen such a return on UK equities once in an eight-year period since 1870: that was from 1920 to 1928. I find it hard to believe that shares are so undervalued now as to offer the chance of a repeat of that.

Nor do I think you can achieve such growth by outperforming the market. I assume that equities will deliver a real return of around 5 per cent per year on average. I know of no strategy that can reliably beat the market by 15 percentage points per year for eight years. For example, the best performing UK all companies unit trust in the past five years - Neptune UK Mid Cap Fund (GB00BFZC7595) - has only beaten the market by 11.4 percentage points. And over the past 30 years Warren Buffett's Berkshire Hathaway has beaten the S&P 500 index by only 7.5 percentage points per year.

In a sense, your portfolio is actually too good to achieve such stellar performance. It is well-diversified, which reduces your chances of beating the market by a long way, simply because your winners would be partly offset by some losers. You have a weighting towards defensive stocks, which do tend to outperform on average over the long run. But the circumstances in which these would beat the market by a lot might well be ones in which your higher-beta holdings, such as St James's Place (STJ), JPMorgan Chase and overseas investment trusts, underperform. And vice versa.

I urge you to try to minimise dealing costs as these are a big component of smaller portfolios. As for disinvestments, try to cut losers, say by selling the worst performers over a three-month period. Doing so would help you avoid negative momentum, which can be very harmful.

However, you need to do much more than this if you are to achieve your objectives. I caution you against borrowing to invest in the market, simply because personal loan rates are relatively high: at over 5 per cent, they don't offer sufficient margin relative to likely equity returns.

Instead, there are two other things you can try. One would be to move to a smaller house; if you can live in a cheaper area, you could easily release more than £200,000 from your home. The other would be to save even more. Doing so would require you to live modestly now as well as for the rest of your life. Freedom is a great good. And great goods are expensive.

To be able to increase your portfolio 10 times in seven years is exceptionally ambitious and highly unlikely, given long-term equity market returns are themselves only 5 per cent per year. If you are able to do that then I would suggest you have a career as a very successful fund manager ahead of you and would be a highly prized employee for someone.

What would you do should we experience a significant market fall? And would you hold some 'dry powder' to reinvest at lower valuation levels? How would you behave if a market fall saw you reassess your willingness and ability to retire at 40? I would highly recommend preparing for these eventualities.

Assuming you add £2,000 a month, your portfolio needs to grow at 6.5 per cent a year (compounding the income produced). While this is not impossible, you are effectively saying 'I want above-average income and above-average capital growth for eight years'. Using your Isa allowance to the maximum each year will at least save you added tax liabilities.

For the next eight years, your portfolio should be in its 'growth' stage. With an interest rate rise looming, the risk premium on higher yielding equities becomes less attractive over bonds with subsequent falls in capital value more likely. Your portfolio, with an above-average yield of 5 per cent, may therefore house additional risk.

Another major detractor from performance over the long term will be dealing costs. Your average holding value is £974, which if you assume a £10 dealing charge, means you are already down more than 1 per cent every time you trade. Diversification is important, but so is conviction - you don't want to end up becoming a closet tracker and having sub-scale weightings which does not fit in with your stated high tolerance to risk.

Finally, the Chancellor's shake-up of buy-to-let tax allowances may have a serious effect on your projected earnings from this investment.

HOW TO IMPROVE THE PORTFOLIO

You hold a number of mid/small-cap stocks so consider whether you still want to own JPMorgan Mid Cap Investment Trust (JMF).

The JPM managed trusts that you hold are good in themselves, but not the best available in the wider market of open- and closed-ended funds. I would look at Fidelity China Special Situations (FCSS) instead of JPM China. For high-risk trusts or funds consider Scottish Mortgage (SMT) and Monks (MNKS).

Having 8 per cent of your portfolio in Taylor Wimpey is too high. Indeed, I would get rid of it completely

Given that you "naturally gravitated towards the teachings of Benjamin Graham", according to the last article, many of the trusts you mention are more growth oriented than the natural 'value' approach followed by Ben Graham.

Value investing is massively out of favour and so may offer good value as and when the market decides high/reliable growth stocks are expensive. More value-oriented funds include British Empire Trust (BTEM), Fidelity Asian Values (FAS) or Neptune European Opportunities (GB00B8LF7310). JPMorgan Global Emerging Markets Income Trust (JEMI) is probably the most value-oriented of the trusts that you own. Consider selling the others.

If you don't want an income from the trusts, are you reinvesting your dividends received (and if so, at what cost?) An open-ended fund and its accumulation unit might be more consistent with your high growth objective.

Given your exposure to property outside your portfolio, having 8 per cent of your portfolio in Taylor Wimpey is too high. Indeed, I would get rid completely.

Reduce your 11 per cent utility exposure, via National Grid (NG.) and SSE (SSE) - these are bond proxies which may suffer when rates rise.

Royal Mail is experiencing revenue growth in the low single digits with little catalyst to change so should be sold or phased out. Record (REC) has a very poor outlook and pretty poor track record. Ladbrokes is too highly rated given its market position. Stanley Gibbons (SGI) is a turnaround situation without an obvious catalyst.

Don't take punts just because you have ambitious goals; stick with quality.

If you are looking for quality growth, I like UK recruitment and employment skills services business Staffline (STAF) It continues to benefit from government initiatives, has an excellent track record and strong management.

Fevertree (FEVR), the recently listed developer of premium drinks mixers, has strong potential. Unlike many IPOs, the company has so far delivered.

Office construction and fit-out company ISG (ISG) could be a potential turnaround opportunity. It is cheap following an announcement about some unprofitable contracts entered into a couple of years ago which saw the shares fall by 60 per cent. However, with the commercial property improving and rents increasing, the market could help the company recover.

Freedom is a great good. And great goods are expensive

Looking further up the market cap scale, Inmarsat (ISAT) provides mobile satellite telecom services on land and sea and in the air to customers who have mission-critical connectivity needs. The company recently launched a third satellite, removing some risk and supporting the company's long-term growth plans.

Prudential (PRU) has a strong track record and is exposed to the growth of emerging market middle classes, something that fits well with your timeframe.

Aberdeen Asset Management (ADN) has suffered recently as the market takes a dim view of its Asian equity exposure. However, as a result it is also undervalued compared with peers, and the company has done a lot to diversify its asset class exposure, while there have been recent rumours of M&A. It may be a bumpy ride, but with your time horizon and growth targets, it could suit your portfolio nicely.

Finally, miners are under huge amounts of pressure and weighed down by negative sentiment. It is at times like this that it can be opportunistic to invest. Rio Tinto's (RIO) production costs in iron ore in particular enable it to make reasonable margins under any feasible scenarios. It is cash generative, yields 7 per cent and, unlike some peers, has no direct oil & gas exposure.

*None of the above should be regarded as advice. It is general information based on a snapshot of the reader's circumstances.