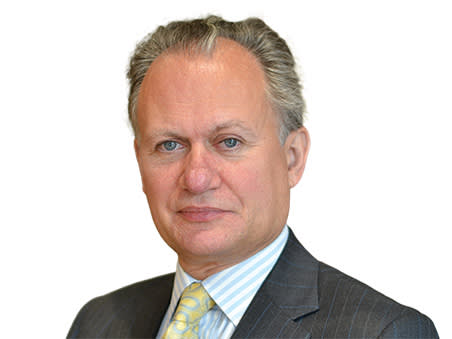 Richard Buxton talks about why he's not concerned about Brexit, how he's handling market polarisation and why monetary policy is no longer working

Will the UK vote to leave the European Union (EU) on 23 June? It's a question that is giving many investors serious pause for thought, but Richard Buxton, chief executive of Old Mutual Global Investors and manager of Old Mutual UK Alpha Fund (GB00B946BX62), isn't one of them. He has already made up his mind and the answer, he believes, is a resounding no.

"I have said for 18 months, do not waste any time worrying about Brexit (British exit from the EU), because it just is not going to happen," he says. "The British electorate is inherently conservative with a small 'c'. They very, very rarely vote for radical change, unless in extremely dire circumstances, which is not where we are today."

Therefore, investors should ignore public opinion polls and the shower of statistics spewed out by both camps, he says. Instead, we should focus on bookmaker odds, which he argues have barely changed in recent months and are currently predicting a vote to stay in.

But even if a vote to stay in is on the cards, is he concerned that market turbulence ahead of the referendum could have an impact on his fund?

Again, he is unruffled. Rather he thinks investor uncertainty could throw up some interesting value opportunities, but is not planning any dramatic changes to his fund.

"There's weakness in UK domestic plays. We may well seek to take advantage of that and counter positions, but we're not undertaking any radical shifts on the basis of what's going to happen," he says.

"Market jitters, ahead of the EU referendum vote on 23 June, are at complete loggerheads with what UK company bosses are telling us," he adds.

He says that the companies he has met lately cannot understand why there is so much volatility in the stock market right now, arguing that although the pricing environment is tough it is not as bad as the market is suggesting.

Mr Buxton is conscious of a polarisation in the market between highly rated and lowly rated companies and has been taking advantage of this by buying unloved mega-caps. For example, he added BP (BP.) to the portfolio after the oil price collapse last year.

He is also firmly pro-financial, with companies in this sector making up 25 per cent of the fund's portfolio. These include HSBC (HSBA), Lloyds (LLOY), Barclays (BARC), Aviva (AV.), Legal & General (LGEN), St. James's Place (STJ) and Prudential (PRU).

In addition, the fund holds some recovery stocks, which Mr Buxton believes could do well if the market turns in their favour. These include Tesco (TSCO), Ladbrokes (LAD), Tate & Lyle (TATE), G4S (GFS) and Debenhams (DEB).

However, he balks at putting a label on his investment style as value-focused, saying he recently read articles that described him variously as an income investor, value manager and growth investor - none of which are descriptions he recognises himself.

Old Mutual UK Alpha's literature states that the fund and its manager take an agnostic stance. It says that while the fund seeks to maximise capital growth through investing predominantly in large-cap UK equities, it does this by identifying "both undervalued companies with improving prospects and growth 'compounders', without fitting neatly into a 'value' or 'growth' style".

The fund holds a number of quality growth-focused companies such as Next (NXT), Experian (EXPN), Shire (SHP), SSP (SSPG), Merlin Entertainments (MERL) and Whitbread (WTB). However, Mr Buxton recently sold a couple of what he considers to be quality growth-focused companies - Relx (REL) (formerly Reed Elsevier) and Unilever (ULVR) - to free up capital to move into other areas which he feels are less expensive, despite still rating the stocks.

Mr Buxton also takes a high-conviction approach, holding a concentrated portfolio of 35-40 stocks on a long-term horizon. Typically 75-80 per cent of the fund's portfolio is invested in FTSE 100 stocks, with 20-25 per cent in FTSE 250 stocks. He does not invest in smaller companies for liquidity reasons.

Mr Buxton has a long-term track record of outperforming the market, chalking up a strong record with the fund he previously ran for more than 10 years - Schroder UK Alpha Plus (GB00B5L33N61). However, Old Mutual UK Alpha Fund has recently suffered a period of underperformance. It sits in the bottom quartile of performance over one year, compared with other funds in the Investment Association (IA) UK All Companies sector.

Mr Buxton explains this by saying shorter-term volatility is the downside of holding a concentrated portfolio not built in relation to an index, but he believes investors are rewarded over the long term. He says the fund's poor performance last year can be explained by the crash in commodities, with three stocks in particular responsible for the fund's underperformance.

He also thinks European policymakers' continued focus on monetary policy has not been helpful as it is proving counterproductive by undermining confidence in banks' profitability.

"I think if we've reached one conclusion in the first quarter of this year then it's that monetary policy has reached the end of the road," he says. "If the world needs more stimulus, and personally I'm not convinced that it does, then crushing bond yields by lowering interest rates into ever more negative territory is not the way to do it."