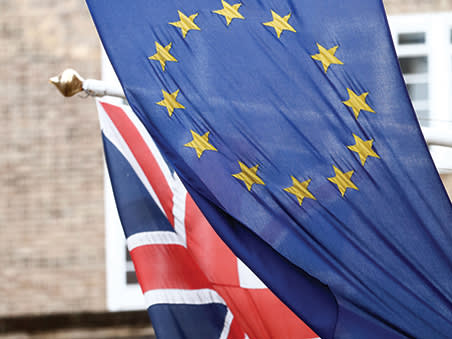 Exchange traded fund (ETF) providers could face higher costs and investors might have less choice of ETFs if Brexit (a UK exit from the European Union) brought with it the end of single-market trading agreements whereby Ireland and Luxembourg domiciled funds are automatically granted access to the London Stock Exchange.

Currently any 'undertakings for the collective investment in transferable securities' (Ucits) regulated fund listed in one European Union (EU) member state is automatically granted a passport for trading on the London Stock Exchange. This means that providers are able to domicile and list more cheaply and quickly in Ireland, but also get permission to trade in London, rather than being forced to list separately in each country the ETF trades in.

An end to Britain's membership of the single market could mean the end to such passporting agreements, throwing into uncertainty the trading requirements, regulations and permissions for ETF providers wanting to sell funds into the UK. That, in turn, could have an impact on the cost of funds - if ETF providers chose to pass on higher UK listing fees to consumers. It could also have an impact on the choice of funds and competition in the market if ETF providers are put off listing in London.

In a worst-case scenario, providers would have to list separately in the UK, an exhaustive process involving high fees and an administrative burden. "In order to list in the UK you need a sponsor, usually a stockbroking firm or accountant, and a prospectus," says Andrew Hougie, a financial services partner at law firm Dechert who specialises in investment funds and ETFs.

In a worst-case scenario, providers would have to list separately in the UK, an exhaustive process involving high fees and an administrative burden

Shares listed in London must usually be authorised by the UK Listing Authority (UKLA) and then admitted to trading by the London Stock Exchange. However the process was streamlined for Ucits funds in order to make it easier for EU-domiciled funds to be traded in other EU countries.

"In the past you would have an Irish Ucits regulator, a prospectus approved by UKLA, admission for listing by UKLA and admission to trading by the London Stock Exchange - and there was a cost to all of those things. The London Stock Exchange decided that was tedious and it would accept all ETFs listed in an EU home jurisdiction in the same way as they are listed in the UK," says Mr Hougie.

Ireland is by far the most popular domicile due to its low fees, efficient process and depth of experience in the market. "It is easier and cheaper to list in Ireland, and passport to London," explains Mr Hougie.

Peter Sleep‎, senior portfolio manager at Seven Investment Management, adds: "With the EU, an ETF is able to get a cheap listing, typically in Dublin, where the listing requirements are much less onerous and professional fees are much lower. Then once listed in Dublin it is able to list in London using the EU passport, representing a considerable saving to the ETF issuer."

The situation is different for non-EU countries. "The position is likely to become similar to that for non-EU jurisdictions such as Switzerland, where an EU-domiciled Ucits fund would have to go through an independent registration and listing process, with the Ucits being recognised as meeting many of the local rules," says Tara O'Reilly, partner in William Fry's asset management and investment funds department.

She says many providers are already bypassing the UK in favour of other markets, such as Germany. "I suspect the value of a London Stock Exchange listing and UK distribution would be looked at to determine the cost benefit of the new process requirements to maintain a listing," she says.

Mr Sleep says: "My guess is that Brexit could mean a lot fewer new ETF listings in London and therefore less competition between ETFs. With less competition you inevitably get less choice, less innovation and of course less price-cutting.

"Brexit would be great for the incumbent ETF issuers, but not so great for new entrants."

However there is no guarantee that Brexit would mean an end to current arrangements for the sale of Ucits funds in London, as it would be up to the UK to decide whether or not to accept foreign domiciled funds for sale in the UK.

"Selling financial securities in a post-Brexit world would be an issue of domestic law," says Philip Lovegrove, partner at law firm Matheson. "The UK could impose whichever criteria it wanted, so, on the assumption that the UK would wish to continue to make European-domiciled funds available for sale in the UK, it would be within its gift to do so."

Mr Hougie says that the UK could unilaterally decide to accept Ucits funds. "We now have a regime to accept foreign funds providing they are equivalent," he says.

But there would be a problem if the UK decided not to accept Ucits funds or the EU altered its definition of Ucits, forcing the UK to re-evaluate. "Getting a foreign fund into the UK can be expensive and time consuming, so if we no longer accepted Ucits funds, getting a particular one into the UK would be difficult," says Mr Hougie.