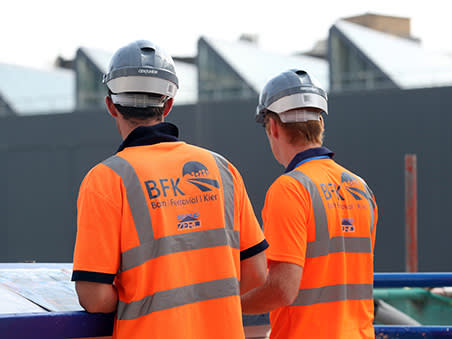 Kier on a highway to profits as Mouchel lifts services

Larger-than-expected exceptional items pushed headline numbers into the red at Kier (KIE). Stripping out these costs left underlying operating profits ahead by 44 per cent at £150m for the year to June. Profits were boosted by the first full-year contribution from infrastructure group Mouchel, whose addition means that for the first time the services division is contributing more than half of group underlying profits. But costs associated with the integration of this business, legacy contracts, closure of the Caribbean operation and reductions in headcount resulted in a charge of £116m.

The services side, which includes highways and housing maintenance as well as facilities management, pushed underlying profits ahead by a half to £86.1m, while margins rose from 4.6 per cent to 5.2 per cent. Much of the improvement in margins came from synergies in the Mouchel integration. A commitment to more collaborative working helped the unified highways division secure a four-year £160m extension to the existing contract with Surrey Highways and a five-year £105m extension on the Scottish Water contract. Two further extensions are under discussion, and two contracts worth a total of £90m were secured after the year end.