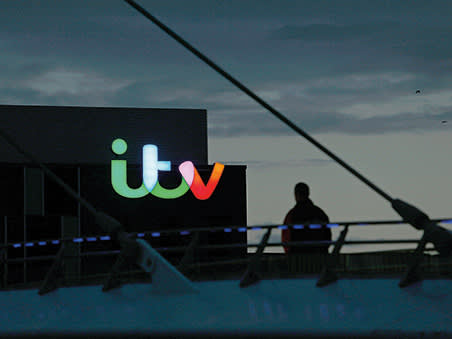 High-yield ITV has the BreXit factor

The uncertainty of the EU referendum has weighed on UK advertising demand, but the fire-sale of ITV's (ITV) shares looks excessive. The Britain's Got Talent broadcaster has delivered strong growth and reduced its reliance on unpredictable advertising revenues by investing in digital offerings and production. It has also made several shrewd acquisitions, while declines in sterling and its market capitalisation could entice a foreign buyout. Yet its shares trade at a measly nine times forecast earnings, and there's a forward yield of 5.5 per cent, not to mention management's penchant for special dividends. Investors should change channels to ITV before the market catches up.

Brexit uncertainty and the fact that ITV earns just over two-fifths of its revenue from TV advertising has prompted skittish investors to slash the group's market value by over a third this year. They may have overlooked its recent diversification: production arm ITV Studios generated 37 per cent of total revenue in 2015, up from a quarter in 2011. Moreover, international sales ballooned from 37 to 53 per cent of the division's total over the same period.

ITV's latest trading update highlights its strong positioning. Non-TV advertising sales increased by 15 per cent to £1.25bn in the nine months to 30 September, or 58 per cent of total turnover. Meanwhile, broadcast and online revenue grew 1 per cent, helped by a 22 per cent leap in high-margin online, pay and interactive sales, reflecting content licensing deals with Sky, Virgin and Vodafone and broader growth in digital and on-demand video consumption. Moreover, the studio division received more than 300 commissions and recommissions for shows such as Poldark and The Jump, and inked a four-year licensing deal for The Voice in China. ITV Studios' sales in the nine months to the end of September were up 18 per cent. And while on an underlying organic basis revenue actually dropped 9 per cent, we feel sanguine about this due to the fact much of the drop was down to the timing of its delivery of shows such as Hell's Kitchen. We're also not overly concerned by expectations that heftier spending on new programmes will keep adjusted cash profit flat in 2017 as the business is still expected to post solid organic revenue growth in 2017.

The broadcaster remains a prolific dealmaker: it has made 16 acquisitions since 2012, including The Voice creator Talpa Media, Poldark producer Mammoth Screen, and the TV assets of Irish peer UTV. Yet management refused to raise its offer for Entertainment One last year, showcasing its financial discipline. And recent declines in both the pound and ITV's shares could make the group a takeover target for a foreign suitor such as Liberty Global - the US cable group already owns nearly a tenth of the company.

A further potential fillip for ITV's shares could be the introduction of retransmission fees, which US pay-TV operators pay to broadcasters to carry their programming. Currently there is no British equivalent, but the government repealed a legal loophole preventing such charges in the UK this summer. Still regulators are of the view public service broadcasters already earn enough. Nonetheless, ITV - which thinks it could net up to £121m annually from the likes of Sky and Virgin Media - hopes to negotiate them.

ITV has paid special dividends in the past four years (not included in our table) and Jefferies expects a combined payout of 12.3p a share this year. That shouldn't strain the group's balance sheet: only £315m of its £1.15bn in debt facilities was drawn at the half-year mark, and management plans to increase leverage from 0.9 times adjusted cash profits to near 1.5 times.

A key concern that explains ITV shares' lowly valuation is the advertising backdrop: ITV expects ad sales to fall 3 per cent this year. However, management unearthed £25m in cost savings in the first half of this year, and expects a further £25m in 2017, which should help to offset declines. Liberum also predicts ad revenue will grow 1.1 per cent in 2017 - in line with the UK economy - then 4.6 per cent in 2018. And it points out that ITV garners a growing proportion of advertising revenue from non-TV spending, which may help it weather the market weakness.

ITV continues to diversify away from volatile advertising revenues. Its cost-cutting, robust balance sheet and cash generation provide ample scope for further acquisitions and special dividends. The current rating significantly undervalues its medium-term growth prospects. and the large yield can tide investors over until the wider market comes into line with this view. Buy.