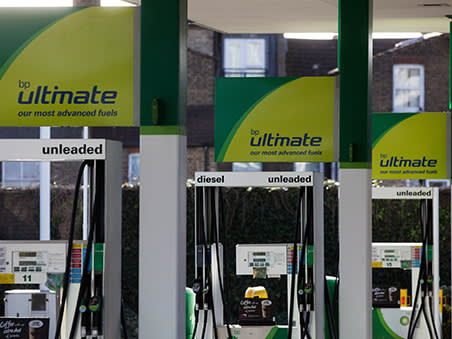 In the words of one shareholder, fourth-quarter and full-year results for BP (BP.) were "weak whichever way we cut them". Like peer Royal Dutch Shell (RDSB), earnings fell short of what the market was asking for, but BP's lower profitability was not compensated for by improving cash generation and falling debt.

In fact, BP's fourth-quarter cash flow of $2.4bn (£2bn) fell 60 per cent against the 2015 comparative and was down quarter on quarter, despite an average step-up in Brent crude prices in the last three months of 2016. Now, investors should brace themselves for cash outflows in 2017. A heavy period of investment means that a balance between "organic sources and uses of cash" will be reached by the end of this year only if crude prices hit $60 a barrel. Raising the break-even price to this level from previous guidance of $55 - the point at which oil currently trades - marks a big shift in expectations.

In the group's defence, chief executive Bob Dudley pointed to the successful $7bn reduction in controllable costs since 2014, although that is scant relief to a balance sheet stretched by intensifying investment. In 2016, capital expenditure and investments in joint ventures and associates topped $17bn, a figure that excludes the $2.2bn cost of renewing BP's interest in the Abu Dhabi onshore concession in December. That deal, which was paid for in equity, at least contained the swell in net debt to $35.5bn.

These results were also a reminder that for all its forward-looking investment focus, BP's corporate activity remains pegged to legacy issues from the Gulf of Mexico. Divestment proceeds of $4.5bn-5.5bn this year and $2-3bn in 2018 might have been used to reduce debt, but will be largely swallowed up by cash payments related to the oil spill.

Not so long ago, a reserves replacement ratio of 109 per cent and a break-even target of $60 a barrel would have wowed oil investors. Unfortunately, for BP, we don't live in that market any more, and the 3 per cent share price decline that greeted these results suggests that shareholders are getting nervous about BP's apparent bullishness, and feel near-term cash generation looks too thin for a cornerstone dividend payer. While BP is shaping itself for the long term, 2017 could be a rocky year for the shares. Hold.