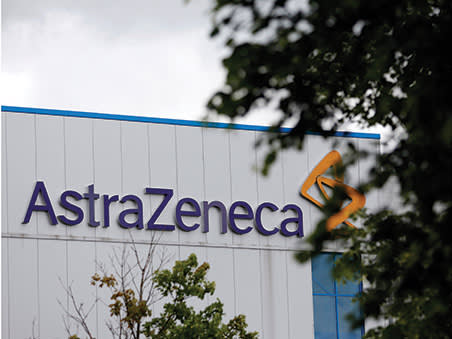 10 reliable shares for your Isa

Faltering equity markets may be off-putting, but they are also an opportunity to buy into great companies at a good price - as we pointed out last year. And that seems to have been the case: the 10 stocks that our companies team selected have delivered a total return including income of 28 per cent over the past 12 months, which compares favourably with the FTSE All-Share index's 24 per cent.

Only one of the selection - Vodafone (VOD) - delivered a loss on this measure and there were some big wins elsewhere. Backing Royal Dutch Shell's (RDSB) ability to support its dividend turned out to be the right call, while JD Sports (JD.) and Mondi (MNDI) enjoyed excellent growth - two companies that have proved their ability to grow sustainably.

This year equity valuations are much higher, a risk for investors. So our companies team has avoided high-growth stocks with heady ratings, and instead highlighted 10 companies with reliable market positions, income advantages or consistent performance.

The transition from lumbering pharma giant to innovative biotechnology specialist has been tough for AstraZeneca. Challenges came to a head in 2016 with the loss of patent protection for top-selling drug Crestor, which caused sales to plummet, dragging down group numbers. The company's management has been selling off many of its legacy drugs to keep earnings afloat - a strategy that has caused some concern among investors.

But rather than jump ship as the share price has plummeted, we think AstraZeneca is an excellent value opportunity. Its new drugs pipeline is among the best in the world and there are a huge number of drugs - especially novel cancer treatments - in late-stage clinical trials. We remain confident that the depth of AstraZeneca's pipeline will help it revive earnings by 2018, while a positive clinical trial result this year is likely to spark a change in sentiment. And until then there's a nice 5 per cent dividend yield to keep investors satisfied. Megan Boxall

Barratt is not only reaping the benefits of the current housing market, and the huge imbalance between supply and demand, it is also paying what is likely to be the best dividend in the entire housebuilding sector, so investors can expect a dividend yield in excess of 7.5 per cent.

Barratt is also topping up its land bank, but has adopted a cautious stance following the UK's vote to leave the European Union last year, which means its cash balances have increased significantly. Barratt's shares have recovered since the referendum, but trade at a modest 1.6 times net tangible assets forecast for 2017. Given the strength of its order book and the size of the dividend, Barratt is a must for any income-seeker. Jonas Crosland

Buy into GKN and you'll be gaining exposure to an industrial manufacturer that has been driving down fixed costs to mitigate the effects of unpredictable end markets. Progress on this front was reflected in a doubling of free cash flow at its June half-year.

In its autumn update, the auto and aero parts manufacturer revealed that sales through to the end of September were up year on year despite challenging conditions for its Land Systems and Aerospace divisions. And we should start to see the full top-line benefits from a string of acquisitions that has broadened the group's product range. GKN is able to draw on benefits of scale, together with its entrenched position as a top-tier parts supplier, to see out market downturns, but is sufficiently operationally geared to derive enhanced earnings when activity accelerates.

Despite a recent rally, its share price of around 345p still represents a compelling entry point, with a multiple of 12 times forecast earnings well below the FTSE 100 forward average. Mark Robinson

This listed fund buys the freehold on properties and collects the rent. Its portfolio is diverse - it includes residential, retail and commercial properties - and the default risk is close to zero because as the freehold owner it can reclaim the asset on non-payment.

Most of the leases Ground Rents Income buys are for over 100 years and rents linked to the retail prices index account for around two-thirds of its assets. Around a third of the portfolio will be subject to a rent review in the next five years - an additional benefit because reviews normally recognise the change in property valuations in the preceding three years, during which time values have risen significantly.

The fund's business model may look dull, but its shares have risen over 20 per cent in the past year and the dividend - paid quarterly - looks about as safe as you can get. JC

Our companies team has avoided high-growth stocks with heady ratings, and instead highlighted 10 companies with reliable market positions, income advantages or consistent performance

When we first turned positive on Lloyds at the end of 2015, the argument was fairly simple: the bank's work to improve its capital base would help re-establish the stock's income status. 'Back to boring' was the goal of shareholders. Since then, we have had the public share sale that ultimately wasn't, further painful payment protection insurance-related costs, and to cap it all off the vote to leave the European Union. The latter made investors quite nervous about the impact on domestic consumer confidence and the housing market, and the position of Lloyds within it. But in the meantime, management has got on with doing what shareholders wanted, by and large - increasing its regular dividends and returning its second consecutive special dividend in respect of 2016. Even after these and money set aside for the acquisition of the MBNA credit card business from Bank of America, the capital base is strong. IS

National Grid delivers all the benefits of a regulated utility with much less of the political interference that other energy groups have suffered in recent years. That means it offers investors the same fat dividend yield as energy suppliers Centrica (CNA) and SSE (SSE), without the same degree of political uncertainty. That yield is expected to be around 4.5 per cent for 2017.

To keep growing its dividend National Grid must keep generating returns from its asset base, so last year it sold a majority stake in its more mature gas distribution business to maintain a return on assets of between 4 and 5 per cent.

However, the energy infrastructure group doesn't just offer income, but growth too. Part of this will come from its expansion in the US. The focus here is on gas mains replacement work, which in some areas have not been updated since the American Civil War. During its first half National Grid invested £1.04bn in the US. Emma Powell

Arguably one of the UK's most iconic high-street chains, Marks and Spencer has had a tough few years as different management teams have tried hard to turn around the general merchandise division. But now that Marks and Spencer lifer Steve Rowe is chief executive the odds of it succeeding look better than they have for some time.

There's also plenty right with the company, such as its food business, which continues to go from strength to strength despite the wider deflationary pressures on the UK's grocery sector.

While new investors are arguably betting on the stock re-rating once the general merchandise shows signs of a tangible recovery in trading, there's income on offer here, too. We've previously highlighted the cash-generative nature of Marks and Spencer, and the consistency of dividend payouts is encouraging to see.

At its current level, trading at around 10 times forward earnings but with a dividend yield in excess of 5 per cent, we can't help but see the attraction. Harriet Russell

Despite the seismic changes in oil and gas markets over the past five years we have continued to recommend buying shares in Shell, which boasts a dividend yield rivalled only by BP (BP.). With good reason, many saw this as pure folly.

When oil prices were at their lowest, the energy giant was effectively taking on debt to maintain its unbroken record of shareholder payouts since the second world war. But a renewed focus on cash generation, demonstrated by last year's 69 per cent increase in operating cash flow to $9.2bn (£7.3bn), means its payout is looking more sustainable.

Liquefied natural gas prices, and the huge difficulty involved in achieving value-accretive asset sales, provide two headwinds for the year ahead, but we have greater confidence that Shell's cash engines can underpin the compounding effect of a 6.6 per cent annual yield. Alex Newman

With business technology spending expected to rise in 2017, accounting and payroll software specialist Sage is in a good position. Over the past few years it has been aligning its business to capitalise on the changing trends in business spending. Its newly launched cloud accounting solution, Sage One, attracted 140,000 new subscriptions in the financial year to September 2016. Sage is also retaining customers well and 70 per cent of sales now come from recurring revenue.

Disappointing first-quarter results has seen the share price slip since early January, but we think this presents a good buying opportunity. A forward price/earnings ratio of 19 times 2018 forecasts is a price worth paying for a dominant player that's rising to the challenge of changes in its industry and embracing the opportunities for growth. The quality of the business is reflected in a high and rising operating margin, which was up 70 basis points to 27 per cent last year. MB

One way large resources companies can prevent their shares from being overly geared to commodity price movements is by focusing on their balance sheets. And South32, which was spun out of BHP Billiton (BLT), has a keener appreciation of this than several of its diversified mining peers.

Forged in the nadir of the commodities cycle, its board has paid a lot of attention to cash generation and sensible planning. So despite listing in 2015 with net debt of $674m (£542m), by the end of last year the company had moved to a net cash position of $859m, a figure that analysts at HSBC (HSBA) think could more than double by June.

So while South32 may not boast the most sought-after assets in the market - BHP Billiton was prepared to sell much of its manganese, aluminium and nickel divisions - investors can count on a conservative management approach to cash, and a pledge to pass on at least 40 per cent of underlying earnings in dividends. AN

10 investment trusts to boost your Isa

10 fabulous funds for your Isa

Core passive funds for your Isa

Buy the most cost-effective Isa