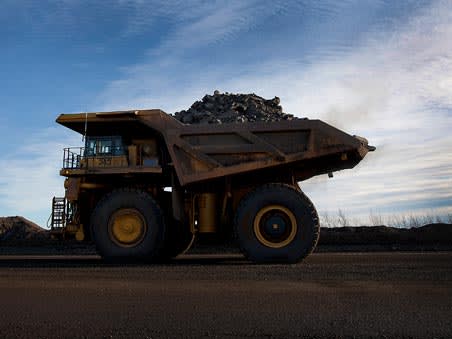 Simple rules that make us money

Defensive and momentum stocks continue to beat the market

Equities have made a good start to the year: the FTSE 350 rose by 3.4 per cent in the first quarter. You would expect, therefore, that high-beta stocks would have done especially well. And you’d be right. My portfolio of them (which comprises the 20 stocks with the highest covariances with the market) rose 9.9 per cent in the quarter.

From a longer-term perspective, however, this is surprising because high-beta stocks actually underperform on average. For example, in the past five years they’ve risen less than 5 per cent despite the FTSE 350’s 32.5 per cent rise. This is not a quirk of my portfolio. Economists at AQR Capital Management have shown that it makes sense to bet against beta in lots of different markets. My data merely corroborate this.

The reason for this, they say, lies in market imperfections. Economic theory says that investors who are bullish about equities generally should borrow to buy the market. Many, however, cannot do this: they face limits upon how highly geared they can be, or even whether they can borrow at all. Such limits mean that bullish investors express their positive sentiment not by buying the general market but by buying highly geared shares – high-beta ones. The upshot is that such shares are overpriced relative to others, and so underperform on average.

And there’s not much that cleverer investors can do to exploit this. Such shares tend to be more volatile than average and so are dangerous to short-sell, even for investors who are permitted to do so. The mispricing is not, therefore, eliminated. Hence high-beta’s long-run underperformance.

So, why was the first quarter different? I suspect it’s a simple sectoral story. My high-beta portfolio has a big weighting in resources stocks, and these had a nice first quarter, helped by a strong performance by emerging markets: these have for years been highly correlated with resources stocks. Ferrexpo (FXPO), Fresnillo (FRES), Hochschild Mining (HOC) and Kaz Minerals (KAZ) all made big contributions to high-beta's good performance.

There’s something else that makes me think high-beta’s good first quarter was a story about miners more than high-beta stocks. It’s that my low-beta portfolio also did well, beating the FTSE 350 by 3.4 percentage points. This continues a trend. Over the past 10 years, my low-beta portfolio has almost doubled, while the 350 has gained only 21.9 per cent.

Again, this is no mere idiosyncrasy of my particular portfolio. Back in 1972 Michael Jensen, Fisher Black and Myron Scholes showed that lower-risk stocks in the US did better than they should - a finding since corroborated by international evidence.

Nor is there any sign of investors having wised up to this anomaly and so eliminating the mis-pricing. Back in June 2012 I wrote a piece called ‘Defensives always the best’, and if I’d spotted by then that defensives were a good buy, so should everybody else. Since then, however, defensives have continued to outperform – they’ve risen 52 per cent against the FTSE 350’s 41 per cent.

I suspect there’s a reason for this apparent failure to learn. For professional fund managers, defensive stocks are risky. There’s a danger that they’ll underperform if the market rises very sharply; this risk did materialise in 2009. Because fund managers are judged by relative performance, this means a big weighting in defensives carries the risk of them losing clients, bonuses and even their jobs. This risk stops them buying them as much as they otherwise would, with the result that they remain underpriced and so offer good returns to investors able to take on benchmark risk.

There’s one set of stocks that didn’t do so well in Q1, however: value. The 20 highest-yielders at the start of the year rose in price by only 1.4 per cent.

This might be because value stocks carry cyclical risk, and this hasn’t paid off recently: it’s no accident that value’s lacklustre performance has coincided with retail sales falling.

If we look at value’s long-run performance, we see strong cyclicality. They beat the market in the mid-2000s but collapsed during the financial crisis, losing more than 80 per cent as mortgage lenders and housebuilders slumped. But they recovered strongly as the economy recovered – my portfolio of them has trebled since the March 2009 low point.

High yields are often the result of profit warnings, but such warnings sometimes lead to further warnings and further falls in prices

What's added to their indifferent performance recently, though, has been falls in Pearson (PSON) and Cobham (COB). High yields are often the result of profit warnings, but such warnings sometimes lead to further warnings and further falls in prices. The old saying ‘never try to catch a falling knife’ sometimes applies to value stocks.

My negative momentum portfolio explicitly tests this old saying. Although it has done well in the past 12 months – helped by a turnaround in mining stocks last spring – its long-term performance has been poor. For example, it has fallen 34.6 per cent in the past five years. This is consistent with investors under-reacting to bad news: shareholders are reluctant to admit they’ve bought dud stocks, so they cling on to losers in the hope they’ll come back. But this means that, in the short term, stocks that have fallen are overpriced – even at lower prices, bad news isn’t fully factored in. The upshot is that they drift down in subsequent weeks.

Under reaction, however, works both ways. It causes stocks that have enjoyed good news to be underpriced, with the result that past winners carry on rising. My own momentum portfolio has almost doubled in the past five years even excluding dividends, which means it has beaten all but 16 funds in Trustnet’s all-companies funds database.

Yet again, this is no mere idiosyncrasy. It corroborates lots of evidence from around the world, which tells us that momentum investing works on average, and not just in equities: recent winners carry on rising; and recent losers carry on falling. This finding is robust to how we measure momentum (by past performance over three, six or 12 months) and by how many stocks we put into momentum portfolios.

One reason for this has been proposed by Victoria Dobrynskaya of the National Research University in Moscow. She shows that positive momentum portfolios tend to have high downside betas and lower upside betas than other stocks. On both counts, this makes momentum stocks risky, which means outperformance is compensation for extra risk.

Personally, I’m not entirely sure about this. In the past five years, my momentum portfolio has done even better than value stocks, but I struggle to see why the risk premium on them should be higher than that on value. For me, the question of exactly why momentum does so well is a puzzle. Paradoxically, this might contribute to its good performance – if investors haven’t got a convincing reason why momentum will continue to do well, they’ll not commit so much money to the strategy, with the result that momentum stocks will remain mis-priced.

It might be worth spelling out the purpose of this exercise. My portfolios, which I started in the mid-2000s, are intended to test theories, that some particular strategies such as momentum and low-risk beat the market, while others, such as negative momentum and high-beta underperform. They are intended as simple tests of academic research.

In doing so, they test another question: do we need to be stockpickers to beat the market? My evidence –which I stress corroborates other findings – suggests that we don’t. Following very simple rules without researching stocks at all has led to good returns. In this sense, my portfolios are consistent with the work of Gerd Gigerenzer, who has shown that simple rules of thumb can do very well. In this light, you might wonder what is the point of paying high fees for actively managed funds.

All portfolios are equal-weighted baskets of 20 stocks, taken from UK companies other than investment trusts with a market cap of over £500m.