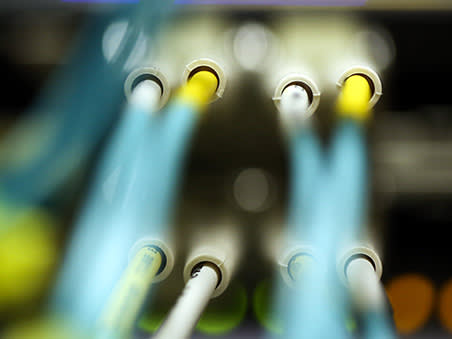 IMImobile rakes in the cash

IMImobile (IMO) was left £7m in cash, after paying off debt, at its IPO in 2014 - and that pile remains largely untouched. The majority of the communication software company's growth, including its recent acquisitions of Textlocal, Archer Digital and Infracast, has been funded out of the cash generated from operations. In the year to March 2017, that reached £11.9m, equating to 104 per cent of adjusted cash profit.

IMI's software helps large companies in the telecoms, banking, utilities and logistics industries deal with the demands of modern digital communication. For example, it handles the text messaging services that consumers have come to expect from parcel delivery companies. The rising demand for this type of service helped the group continue to sign new customers in all of its regions, while product innovation meant all major contracts that fell due were renewed.

The acquisitions made in the 2016 financial year dented adjusted cash profit margins slightly to 15.1 per cent (from 17.3 per cent in the prior period), compounded by a change in the business mix in Europe and the Americas. But, even so, adjusted cash profit rose 7 per cent to £11.5m as the top line strengthened. In the year to March 2018, broker Investec has forecast pre-tax profit of £10m and EPS of 11.6p (from £9m and 11p in FY2017).

IMI's shares have enjoyed a good run in the past few months, but a forward earnings ratio of 19 is still below the sector average. We think that is unjustified given the group's growth prospects and its cash conversion. Buy.