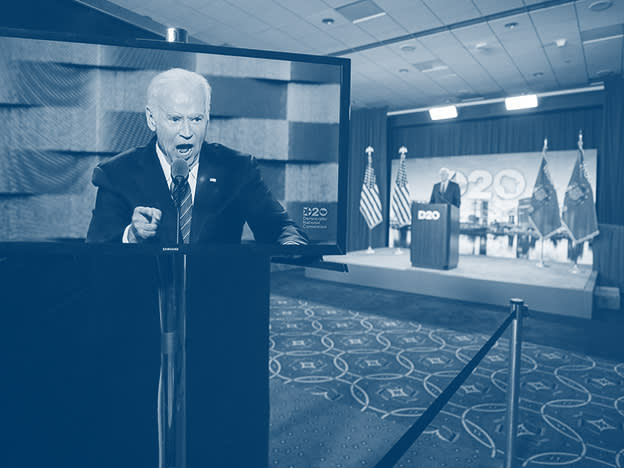 It looks as if Joe Biden will be president but will the stock market's relaxed first response continue?

The prospect of a Biden presidency was assumed to scare investors as taxes on company profits and personal incomes were expected to rise. The buoyant stock market on Wednesday and Thursday this week reflected the view that although Biden may end up in the White House, the Republicans are still expected to control the Senate.

What this means is that Biden will not be able to do that much and certainly won’t be able to pursue a radical tax raising and antitrust agenda. The reaction of the US stock market has been akin to a bunch of teenagers being told that the grown-ups won’t be back tonight after all and that the party can carry on in full swing.

This does nothing to change my view that this market is somewhat false and is propped up by cheap money, expensive valuations of tech stocks and not much else. The problems facing the US and UK economies are very serious, and I do not believe that they can be solved with printing money.

The Bank of England created a further £150bn of money out of fresh air on Thursday morning. Rishi Sunak, the chancellor of the Exchequer was very grateful and went about spending a chunk of it (indirectly) by extending the very expensive furlough scheme until March next year.

Politically, Mr Sunak may feel he has no choice than to throw money at the UK economy, but there is no such thing as a free lunch and eventually the bill will have to be paid and it looks as if you and I will be picking up some of the tab.

The increase in quantitative easing will do little to help households. It will keep the interest rate on existing mortgages low but not on newly issued ones, as a spike in the housing market caused by a stamp duty holiday has seen a rush in mortgage demand. But, with the banks becoming very nervous about property values, 95 per cent loan to value mortgages are not as plentiful and are more expensive.

What it does do is to stop the gilt market collapsing. The Bank of England will take its stock of gilts up to £875bn which is 46 per cent of the £1,894bn total outstanding. This is a crazy situation and one can only think what interest rate the UK government would be borrowing at without it and what that would mean for house prices, share prices, the value of the pound and the economy in general.

This cannot continue indefinitely without some form of payback. Central banks may have tamed the bond markets but a potential currency crisis remains the elephant in the room that investors ignore at their peril. What they are to do to protect themselves is altogether a different and difficult matter.