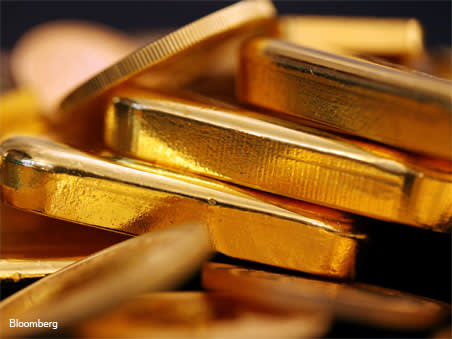 Can gold withstand rising US rates?

Ben Bernanke, the former chair of the US Federal Reserve, once famously remarked that “no one really understands gold prices”. He may have a point. The market dynamics currently in play are certainly challenging for the ordinary investor. But they can be unravelled by examining the relationship between the price of gold and other assets, specifically US government bonds.

The price of gold has risen 10 per cent since the start of the year. And yet US interest rates are rising as the Federal Reserve tightens monetary policy by raising the overnight federal funds rate. Meanwhile, the stock market has recently hit record highs. In classical thinking both of these factors ought to be keeping gold prices in check.

First, let’s look at rates. All things being equal, gold should fall in value when interest rates rise. The calculation appears simple enough: gold yields nothing so it makes more sense to park money in cash – for example very safe government bonds – if you are getting even a modest return on the paper. Owning gold comes with an opportunity cost, which is the amount of money you are losing by not having the same value invested in cash. Now that the Fed is hiking again, gold ought to be losing its lustre as the opportunity cost increases.

Owning gold comes with an opportunity cost, which is the amount of money you are losing by not having the same value invested in cash

So could it just be a simple case of buy the rumour, sell the fact? The rationale is simple enough: investors tend to dump gold in the lead-up to expected rate hikes and buy dollars. Once the hike happens they sell the dollars (which will have risen in value) and buy back gold, which is now cheaper.

It would not be the first time this has happened. Notably in 2004 a Fed hiking cycle sparked an upsurge for gold.

But it doesn’t end with the headline interest rate. We must also factor in inflation as this eats into your returns. Nominal interest rates set by a central bank vary from the ‘real’ interest rate in the market, which is what you can expect from benchmark bonds after allowing for inflation.

To understand gold prices and rates we therefore have to discount the inflation as this is what determines the opportunity cost. Real interest rates – nominal rates minus inflation – are a much better guide for gold. As the chart shows, there is a very close inverse correlation between real rates and gold. It’s not perfect, but it’s tight enough.

Research by Claude Erb and Campbell Harvey, The Golden Dilemma, showed a strong negative correlation between real interest rates and gold. Looking at this relationship between 1997 and 2012, they found a correlation of -0.82, with -1 being a perfect negative correlation. The finding, which the chart (Fig 1) shows has been borne out since, is that higher real yields create a higher opportunity cost for holding gold.

And here is the rub: real interest rates are actually falling, explaining why gold continues to rise. Real US rates spiked in December as the market bet on a set of reflationary policies from then president-elect Donald Trump, but have been falling since. The 10-year Treasury Inflation-Indexed Security, the most widely used gauge of real rates, has fallen from a yield of 0.74 per cent to 0.4 per cent. At the same time, gold – which plumbed $1,125 on 20 December 2016 – has rallied more than 12 per cent through to August 2017 to near $1,300.

Inflation: up or down

After turning negative at one point in 2015, US inflation levels have recovered. Rising inflation is generally good for gold as the metal is a better store of value than paper, acting as a hedge against higher prices. It also depresses real yields, which we know is good for gold. Of course the higher inflation gets, the more the Fed is likely to push interest rates higher still. This cyclical adjustment is part and parcel of measuring gold prices. But at present we do appear to have a problem with US yields that, because of these correlations, has implications for gold.

First, while rising prices seemed to support higher gold prices from around the end of 2015, inflation has actually been falling in 2017. Now this ought to be hitting gold, but it’s not as real yields remain lower since the benchmark 10-year US Treasury yield is also lower this year. Five-year forward inflation expectations are also lower as, among other things, consumers row back on hopes that Donald Trump can unleash reflationary policies. These inflation expectations are also closely aligned with 10-year yields.

This is the paradox for the Federal Reserve and for gold. Short-term rates are rising as the Fed is tightening, pushing up the yield on two-year Treasury notes. But 10-year yields are falling along with inflation and inflation expectations. The fact is the market just doesn’t think there is that much in the tank and any rate hikes by the Fed will be gradual. This is seeing the yield curve flatten out, which has on numerous occasions over the past 70 years been a harbinger of a looming recession – another good reason to allocate some funds to gold.

So the question for the gold bugs is where real US interest rates are heading and the answer to that lies in the complex trade-off between inflation and longer-term yields. And when we are talking about longer-term yields (10-plus years) then we must now turn our attention to the impact of quantitative easing (QE) and the expected reduction of the Fed’s balance sheet – slated to happen this autumn – on longer-dated yields.

The Fed has been hiking short-term rates (four times in the current cycle), but it has done nothing specifically for the longer end of the curve, which we have seen is more important to gold prices.

The shape of the Fed’s QE programme is worth a quick look. QE was enacted to avoid a so-called liquidity trap when the conventional monetary policy tool – the federal funds rate – was exhausted (said to be ‘at the lower bound’). Once the Fed had cut rates to zero, QE allowed the central bank to ease policy further by reducing longer-term yields.

Between 2008 and 2014, the Fed carried out bond buying and maturity extension programmes which resulted in purchases of $4.5 trillion in securities. The former loaded up the balance sheet while the latter extended the average duration of those securities from 5.2 years to 5.9 years and increased 10-year equivalents (TYE) from about $330bn to $2.8 trillion.

Once it stopped buying new assets, the Fed kept those already on its books by rolling over maturing Treasury securities and reinvested payments from mortgage-backed securities. These actions continue to suppress demand in the market for bonds, keeping a lid on yields. And even though the balance remained static, the TYE rose from $2.5 trillion to $2.7 trillion.

According to the Fed, without QE and the maturity extension programmes the yield on a 10-year Treasury security would be 100 basis points higher. By the end of 2017, it estimates it to be about 85 basis points lower.

We might expect gold to fall, therefore, when the Fed starts to let asset purchases roll off its balance sheet. Not only will it reduce the value of securities, but this will shorten the duration of securities, which will push longer-term (10-year rather than two-year) yields higher.

Speaking in January, Fed chair Janet Yellen said the yield on the 10-year Treasury note could rise by 15 basis points as the Fed nears the end of reinvestment (ie starts to reduce the balance sheet). That’s interesting because yields have fallen, which indicates that the expectation of balance sheet reduction has not been enough to drive yields higher. Goldman Sachs forecasts that balance sheet reduction will see the 10-year note rise an extra 20 basis points in 2017 and then by 12.5 basis points a year in 2018 and 2019, as long as the Fed allows assets to run off this year.  All else being equal, and as long as inflation does not pick up, this could push gold back below $1,200 this year and as low as $1,000 by 2019.

Crucially, with inflation still being held back by lacklustre wage growth in spite of a tight labour market, those higher 10-year yields ought to translate into rising real rates. Balance sheet reduction ought to have a greater impact on gold than increasing the federal funds rate since it should in theory affect the long end of the yield curve more than the short end. The risk to this assumption is that pent-up demand in the labour market drives up inflation, which would hold back real yields and boost gold.

What else could be moving gold?

It’s wise to consider what else might affect the price of the yellow metal. First we should look at the US dollar. Like any commodity priced in the greenback, moves in the dollar have a direct effect on prices. A weaker dollar tends to push up prices, while a stronger dollar depresses the price of gold. With the dollar falling throughout 2017, this has boosted gold. This makes sense not just because gold is priced in dollars, but also because the strength or weakness of the dollar is itself a function of real yields.

So gold has risen this year because real yields and the dollar are declining, but an imminent unwinding of the balance sheet could push these higher, particularly as the recent bout of dollar weakness appears to be nearing its end. Yet many in the financial world still see gold being the asset that rises.

One factor is inflation. Gold acts as a hedge against the loss in value of paper. But inflation is not high, and inflation expectations remain muted. US inflation has actually fallen throughout 2017 just as gold has risen.

Gold can track US inflation pretty closely but often it does not. And in 2017 we’ve seen divergence again. Inflation in itself is not as important as inflation as it relates to real returns on government bonds.

Another important factor that could explain gold’s rise is economic uncertainty and anxiety about the stock market. But if anything we are seeing the reverse. The CBOE’s volatility index, or Vix, recently hit historic lows, indicating that investors are not concerned about equities falling. The S&P 500 recently notched up 15 straight sessions without closing up or down more than 0.3 per cent – its most calm period in 90 years.

Geopolitics is always a factor, but this can be overstated and it is not always consistent. For example, gold peaked at $850 in 1980 on the Soviet Union’s invasion of Afghanistan. But it fell during the second half of 2008 as the credit crisis ramped up. Everyone expected gold to do well as investors sought a ‘safe haven’, but real yields also spiked, diminishing the appeal of gold at that time. It was only when real yields began to fall from the end of that year and through 2009 that gold started to rally.

Certainly we saw a touch of extra demand for gold as the US and North Korea waged a war of words recently. But the moves were no greater than seen already in 2017 and there were no decisive moves higher. A flight to safety can result in short-term gains for gold, but the trend depends on far bigger economic forces – the US bond market.

Even the threat of nuclear Armageddon didn’t make a lot of difference to gold. It’s the real interest rate and opportunity cost of holding gold that matters. Therefore it would be wise to pay very close attention to how quickly and how assertively the Fed reduces its balance sheet.

Neil Wilson is a senior market analyst at ETX Capital