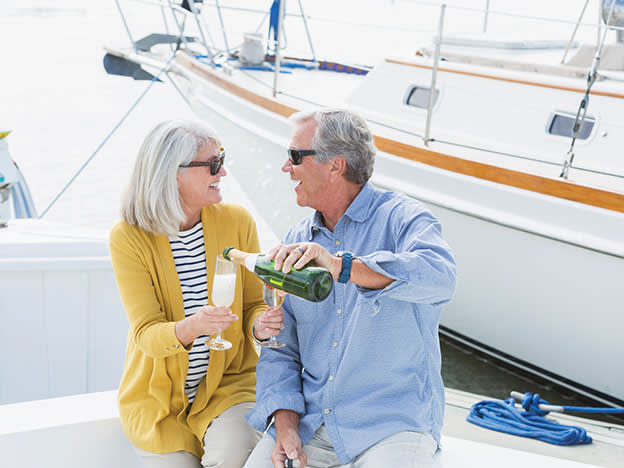 Following a good year for our tactical portfolios, what could be profitable themes next year?

There’s being wrong and there’s being wrong. Sitting on decent 2019 gains from our Christmas tactical asset allocation (TAA) portfolios, the bad calls from last year are easier to swallow. With hindsight, the portfolios’ exposure to European blue-chip shares should have been greater, with less of a weighting towards Japan. Overall, 2019 was another year to favour shares over bonds and we could have been braver and invested more in the former. Themes we got right were including listed infrastructure as an equity sub-asset class and our global real estate investment made double-digit returns. Gold had a good 2019, too.

Our two portfolios – one (General TAA) using market cap-weighted regional indices and the other (Multi-factor TAA) using factor-tilted indices for equities – both had a high allocation to cash. This was to give a margin of safety should securities markets sell off. Like any insurance policy that wasn’t called upon, the cost to overall performance of cash drag now seems poor value, but both portfolios achieved over 9 per cent, which is a good result. When it comes to the factor portfolio (see the online version of this article for full performance data), the strategy has achieved a 7.3 per cent rate of return over three years, but it’s more expensive, so from now on our focus is on the General TAA.

At the time of writing, the S&P 500 has been pushing fresh highs and the question still on everyone’s lips is whether the US stock market can extend its record-breaking bull run. Reasons to think that it can include the prospect of a breakthrough in the US-China trade dispute, which would boost the global economy and US companies’ earning potential. Given President Trump will be fighting a re-election campaign, he ought to be motivated not to spook markets. Coupled with a far more dovish tone from the Federal Reserve on interest rates (and its preparedness to once more expand its balance sheet, as the purchase of bonds to prop up the overnight repo market demonstrated), conditions could be ripe for the US stock market to move another leg higher.

Boris Johnson’s thumping general election win has removed the risk of a radical socialist government under Jeremy Corbyn. Brexit risk remains, however. There is still the possibility of no deal on trade after the transition period once Britain leaves, but with the political divorce agreed and Mr Johnson’s majority reducing his dependence on the right wing of the Conservative party, there is more room for optimism that the adults will be back in the room when it comes to negotiating trade. All this means there is more room for optimism about UK-focused companies than for some time, so we shift our allocation weights more towards the FTSE 250 index.

Mainland Europe was assessed cautiously last year, thanks to the weak growth trend in the eurozone, but some of the big global companies in the Eurostoxx 50 have done very well and the index made 14 per cent total returns. As these are multi-asset portfolios, however, 5 per cent allocations aren’t underweight positions within the context of just our equity holdings.

The outlook for eurozone companies in 2020 remains unclear, however. On the one hand the appointment of Christine Lagarde as President of the European Central Bank (ECB) promises a dovish stance on monetary policy; and she has also been vocal about building consensus for fiscal stimulus. Of course, boosting the eurozone economy with tax cuts and spending is beyond Ms Lagarde’s remit and even if she gets buy-in from elected governments who can do this, there are other shadows on the horizon. President Trump’s threat of retaliation for a proposed EU tax on American tech giants and fall-out from China’s civil crackdown in Hong Kong could both hurt European exports.

Japan is an interesting case, and it’s very easy to trot out the lazy clichés about an ageing population and structural decline. Yet demographic challenges are also supportive of mega-trends such as healthcare, and the need for automation and robotics. The question is whether the Japan indices we track give adequate exposure to growth areas in the country’s economy. Running a slight trade deficit with the rest of the world (CEIC data showed net imports of $321.3m for October 2019), Japan is still a major exporter, so many of its largest companies aren’t wholly dependent on domestic demand in any case.

Given its share of global GDP, China isn’t well represented in world stock market indices. The fund we use for emerging markets in General TAA has 30 per cent geographical exposure to China. This is mostly in Hong Kong ‘H’ shares, American depository receipts (ADRs) in companies such as e-commerce giant Alibaba and a smaller proportion in ‘A’ shares listed on the mainland Shanghai and Shenzhen exchanges. Recently, Alibaba (HK:9988) raised over the equivalent of $11bn in Hong Kong, which is another landmark in the development of Chinese capital markets.

The big threat to other emerging markets is US exceptionalism and fall-out from any potential escalation in US-China trade tensions. Separate from this dispute, Mr Trump has also made threats of tariffs against countries in Latin America, which could affect the emerging markets holding. If the tone he strikes in election year becomes more cordial, then emerging markets could surprise to the upside.

Bridging the gap between shares and other asset classes in the portfolios is a holding in listed infrastructure. These are internationally diverse shares, but they also invest in companies providing essential products and services that can’t be easily replicated and, in the process, throw off buckets of cash. Well-thought-out thematic investing is about getting access to big growing trends, and infrastructure falls into that category – certainly the near-22 per cent return from the infrastructure fund we used was well rewarded in 2019. Of course, a fund’s past performance isn’t a guide to the future, but its weighting is maintained.

Last year, we took a risk-off approach both in how much we invested in equities overall and when it came to the type of bonds held in the fixed-income portion of our asset allocation. In terms of credit risk, we went for predominantly safe government debt (favouring UK gilts and especially US Treasuries) and a managed fund of strategic asset-backed bonds; investment-grade corporate bonds were also in both portfolios.

We played it safe on duration, which is effectively a measure of a bond’s sensitivity to interest rates and its vulnerability to capital loss. We chose bond funds holding issues with one to three, or one to five years until maturity, as typically these have a lower duration risk. Of course, when rewarded, higher risk means better returns and US Treasuries and especially gilts with a longer duration saw price gains in the first part of 2019. Lower expectations for future UK growth, thanks to the risk of no-deal Brexit and uncertain global trade, meant investors were happier to lend to the government for longer at a lower real rate of return, inverting the yield curve and sending bond prices higher.

Basically, we got our asset allocation wrong by factoring in the extreme and discounting the less exciting scenario of stuttering growth and faltering optimism, which played out in price gains for mid-duration debt, which we missed out on. This year, however, there are doubts duration will be rewarded. Gilts made a good return for PSigma Asset Management last year, but now, Rory McPherson, head of investment strategy, says: “Our view is that bond yields rise next year to reflect higher growth rates and a bit of inflation (coming from full labour markets).”

We agree that now is not the time to add duration risk, but there is limited upside to be had from maintaining last year’s conservative holding. With sterling’s recovery, we see US Treasuries as less attractive, so this position is ditched along with the managed strategic bond fund. In Mr McPherson’s opinion, better short duration returns are on offer from high-quality credit. We concur and add to the investment-grade corporate bond holding. In a risk-on play, we also add some exposure to global high-yield credit.

If things do go badly in 2020, we have the 5 per cent cash holdings and exposure to gold in General TAA. We are going to slightly scale back the position in global real estate, in recognition that underlying US growth may slow (American investments are 55 per cent of the index tracked by the fund) and last year’s gains may not be matched.

The best performing funds last year do highlight the power of successful thematic investing, and for the General TAA we are going to tilt more towards areas of the economy that are growing most. We’ll be upping exposure to shares overall, but with new 5 per cent holdings in fintech, green energy and artificial intelligence & robotics, the tilt is more towards growth areas. That may seem counterintuitive in some respects, given the outlook for the world economy is no more certain than last year. There is, however, plenty of scope for this portfolio to do okay over time even if some of our short-term calls go against us – which is what good strategic asset allocation is all about.