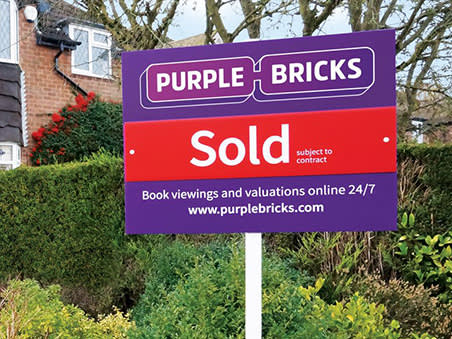 My no-thought moment portfolio rose 7.9 per cent in price terms in the second quarterwhile the FTSE 350 was flat.

This continues a long outperformance. Since I began it in June 2004, the portfolio has risen almost 400 per cent, while the FTSE 350 has gained 78 per cent. And, in the last five years, momentum’s 137.6 per cent gain has beaten all but six of the 226 funds in Trustnet’s all companies sector. (This actually flatters the latter as their returns include dividends which I’m ignoring on momentum).

What’s more, the past few months should have been a tricky test for momentum. Back in March, our identification of momentum stocks (simply the 20 best performers in the past 12 months) was coloured by the fallout from the Brexit referendum. Immediately after the vote, overseas earners soared as sterling fell. You might have expected this to have left many momentum stocks over-priced. It did – but not by much. Granted, several of my momentum stocks fell in the second quarter such as Anglo American (AAL), Glencore (GLEN), Vedanta (VED) and Highland Gold (HGM). But their losses were more than offset by gains on Boohoo (BOO), Purplebricks (PURP) and Stobart (STOB).

In a different way, this corroborates an important point made by Sheridan Titman and Narasimhan Jegadeesh in the paper that first alerted me to the merits of momentum – that the profits on the strategy are roubst to various ways of measuring momentum.

Negative momentum stocks, however, also rose in the second quarter – although their 7.3 per cent gain was less than momentum’s rise. This was not because retailers which had been hard hit by sterling’s fall in the aftermath of the Brexit vote bounced back. My negative momentum portfolio contained several of these, most of which had a poor second quarter: AO World (AO.), Debenhams (DEB), Dunelm (DNLM) and Dixons Carphone (DC.) among them. Only N Brown (BWNG) staged a decent recovery. Its rise, however, along with Berendsen’s (BRSN), powered negative momentum to a decent gain.

Recent months, though, have been unusual in this respect. Over the longer term, negative momentum has done badly; it has fallen by over 20 per cent in the past five years. And even its gains in the past 12 months have been less than those on momentum.

All this is consistent with the theory that investors on average underreact to news.

There’s a message here for all investors, not just those thinking of using momentum. It’s that you should be very wary of apparent bargains. In asking ‘has this share fallen too far?’ you must not consider only the stock itself. You must also remember the fact that most share prices that have fallen a long way often fall further in the near term. You must, in other words, guard against the base rate fallacy – our tendency to ignore general information about probabilities and focus too much upon specific cases.

Here, though, we must distinguish between two types of apparent bargains: those stocks that have fallen a lot and those on high dividend yields. The two categories perform very differently. Whereas negative momentum has had a bad five years, high-yield stocks have done wonderfully, almost doubling in price in this time. This performance, however, ended in the second quarter. My value portfolio fell slightly, as losses on Petrofac (PFC), Galliford Try (GFRD) and Carillion (CLLN) among others offset N Brown’s rise.

I suspect this fits a general pattern for high yielders to be cyclical. My value portfolio crashed during the 2008-09 crisis as mortgage lenders and housebuilders collapsed, but recovered well from 2009 as fears of recession receded and the economy grew. Its faltering in the second quarter is consistent with the slight dampening in hopes for economic growth that we’ve seen. This isn’t to say that all high yielders are cyclical. Some, instead, are relatively defensive stocks that the market believes to have gone ‘ex growth’. Such beliefs are often mistaken: high-yield defensives, in fact, do well on average. I mention this because my new high-yield portfolio contains several of these such as Centrica (CNA), Vodafone (VOD) and SSE (SSE), alongside riskier cyclical bets such as Persimmon (PSN), Debenhams and Petrofac.

My no-thought portfolios give us yet more evidence of how well defensives do. My low-risk portfolio rose 3.4 per cent in the quarter, as rises in BTG (BTG), Breedon (BREE) and IG Group (IGG) offset losses on JD Sports (JD.) and Smart Metering (SMS). This means that the portfolio has beaten the market in the past one, three and five years. Since I began its current version in September 2005, the portfolio has more than doubled in price terms, while the FTSE 350 has risen 45 per cent.

From the point of view of conventional theory, this is odd. It tells us that relatively safe stocks should underperform a rising market. But they haven’t. This might be because investors underrate the merits of dull stocks and chase ‘exciting’ growth stocks instead. I suspect the good performance of defensives and the lousy performance of speculative Alternative Investment Market (Aim) stocks are two sides of the same phenomenon.

If defensive stocks do well, does this mean less defensive ones do badly? They haven’t in the past 12 months. In fact, high-beta stocks in this time have actually done well, rising by 31 per cent.

This, though, is an exception. Over the past five years, high-beta stocks have underperformed the market. This contradicts conventional theory which tells us they should have outperformed, given that the market has done well. In the longer run, it has paid to bet against beta; researchers at AQR Capital Market show that this has been the case in most assets, not just UK stocks.

Why then, might the past 12 months be different from the general pattern? To see it, recall why that pattern exists. The AQR economists say it is because many institutional investors cannot borrow freely to buy stocks. This means that when they feel bullish they buy high-beta stocks instead, which they believe are a geared play upon the market. This leaves such stocks overpriced.

However, a year ago, fund managers weren’t feeling so bullish: the Brexit vote (which most of them didn’t see coming) had undermined their confidence. That meant positions in high-beta stocks were less aggressive than usual, and so they weren’t overpriced.

If this theory is right, we should see high-beta stocks revert to their usual pattern of underperformance.

I should finish by saying what I think is the point of all this. It’s not to recommend that you adopt particular portfolios; the precise constituents of my portfolios are only specific ways of implementing what are general theories. Nor is it an ego trip intended to show how I’ve beaten the market. Instead, I regard this as a way of mapping the market and of (roughly) testing hypotheses.

Conventional textbook economics had a map which said the market was informationally-efficient and so the only way to beat it was by taking on more risk, where risk was defined by beta. I used to believe that.

I now know I was wrong. Instead, we have another map. It tells us that low-risk stocks and momentum tend to beat the market. In these respects, my portfolios confirm other research. They show that what’s true of other markets is also true of the UK. This doesn’t mean those strategies always outperform; there’s lots of noise in the social sciences. What it does mean, though, is that we now have a better map of stocks’ performance than we got from conventional textbooks.

All these portfolios comprise 20 stocks, equally-weighted. They are based on the IC’s stock screen, and are taken from shares other than investment trusts with a market capitalisation of over £500m.