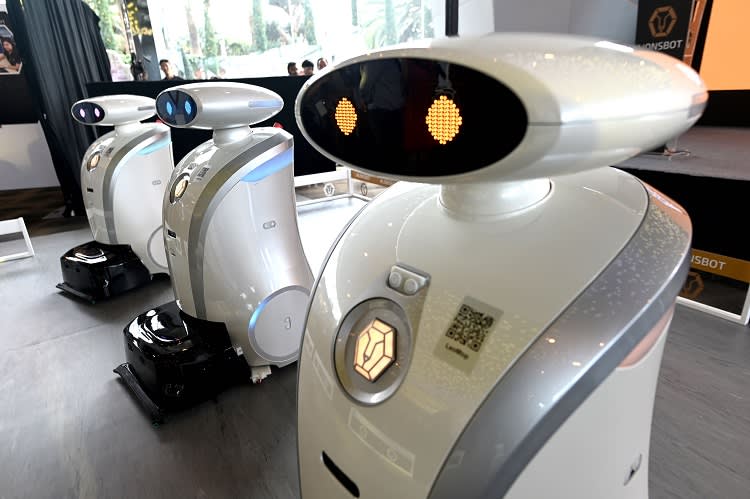 One of the great paradoxes of our time is that while there is much talk that robots will take our jobs, the reality is that people are taking robots’ jobs. Official figures show that the UK employment rate is at its highest since current data began in 1971, while next week’s numbers will show that business investment has flatlined since 2015. Unsurprisingly, therefore, productivity is still stagnating.

This is not just because Brexit is deterring companies from investing in new technology. For one thing, even before Brexit investment fell short of expectations: in 2014-15 it grew at only half the rate forecast by the the Office for Budget Responsibility (OBR). And for another, much the same is happening in other countries. In the US unemployment is at a 50-year low; capital spending has grown only modestly; and productivity is growing more slowly than its pre-crisis average. And in the eurozone the share of business investment in the gross domestic product (GDP) is still well below pre-crisis levels.

Why, then, is there such a gulf between talk and facts?

One reason is that the sort of routine jobs that are most easily replaceable by robots disappeared in the west in the 80s and 90s. It is in China where robotisation is progressing quickly. “China is by far the biggest robot market in the world” says Joe Gemma, president of the International Federation of Robotics. Maybe machine learning will eventually replace more skilled work. But as anybody who has seen pointless adverts on Facebook (or useless search results on the ONS website) knows, algorithms need a lot more work.

Another reason, says Oxford University’s Carl Frey in his new book, The Technology Trap, is that “technology improves productivity only after long delays”. Self-service checkouts in supermarkets haven’t increased productivity much because they require staff to help customers when – as is usually the case – they don’t work. The same will apply to self-driving cars and lorries. For years, I suspect, these will require a human overseer. Economically speaking, therefore, they will change nothing. Such lags deter firms from introducing new technologies.

This is by no mean the only obstacle to investment in technical change. Another is weak demand: why spend millions on technology you don’t fully understand if you fear future demand won’t be there? There’s also a fear that today’s technologies will be out-competed by better, cheaper future ones: it’s the second mouse that gets the cheese. And then there’s the fact that new companies often struggle to raise finance, especially if their assets are intangible and so offer no collateral to banks.

All these barriers to investment are magnified by another – a scarring effect. A generation of business leaders (and, perhaps more relevantly, potential leaders) have learned from the tech crash and financial crisis that hopes for new technologies and expansion can be cruelly dashed.

There’s an important and under-rated point in all this. Back in the 80s and 90s, politicians of both main parties thought that all we needed to achieve investment and productivity growth was for the state to provide light regulation, lowish taxes and macroeconomic stability. Perhaps, though, we now need more. And perhaps – just perhaps – we need more than the optimism and can-do spirit of which our new prime minister speaks.