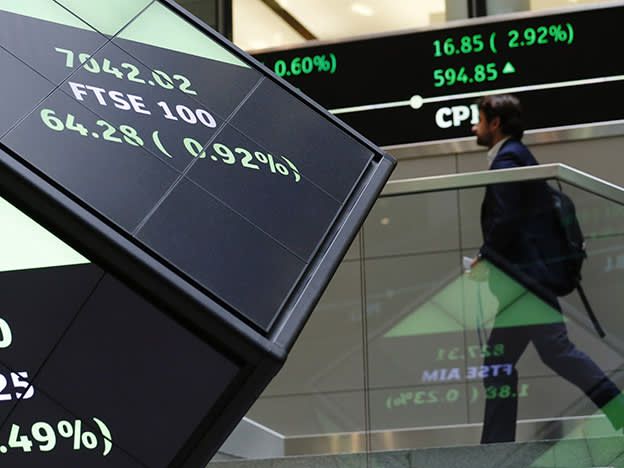 Momentum investing has done badly recently, which raises the possibility that investors have wised up to its great historic performance and so have eliminated it

Do investors learn? This is the question posed by the recent performance of my no-thought momentum portfolio, which comprises the 20 largest stocks with the best performance in the previous 12 months.

For years, this portfolio has performed brilliantly. Since I started it in 2004, it has risen 380 per cent while the FTSE 350 has risen only 80 per cent. These great returns, however, have stopped recently. In the past 12 months, the portfolio has fallen over 20 per cent.

Much of this fall occurred late last year, when the general market dropped. That’s consistent with the theory that momentum stocks have 'bad beta': they tend to do especially badly when the market falls. If this were the whole story, though, we’d expect momentum to have done well lately when the market has been flat. But it hasn’t. In fact, it made a slight loss in the third quarter due in part to falls in Ferrexpo (FXPO) and Kainos (KNOS).

Of course, in itself this could be just noise: even the best strategies underperform sometimes. But it could be something else. It might be that a few months ago investors wised up to the great performance of momentum stocks – a phenomenon that has not been confined to the UK, or even to equities. In doing so, they would have bid up their prices too much, to levels from which they have since fallen.

There’s a precedent for this. In the 1980s, investors wised up to the great long-run performance of small caps. The upshot was that they piled into them, raising their prices to such high levels that they underperformed for the next decade.

Common sense says this should happen, because investors should not leave money on the table: they shouldn’t ignore profitable strategies. From this perspective, the surprise is that momentum did so well for so long rather than that it has underperformed recently.

But has this really happened to momentum? One fact suggests perhaps not. It’s that negative momentum stocks (the worst performers in the past 12 months) have continued their terrible performance. In the third quarter (Q3), losses on Centrica (CNA), Intu (INTU), Metro Bank (MTRO) and Sirius Minerals (SXX) offset rises in William Hill (WMH) and Plus 500 (PLUS) to drag the portfolio down again.

The likeliest reason for the consistent falls in past losers is simply that investors underreact to bad news. This causes stocks that deliver it to be overpriced and so to fall in subsequent weeks. The poor performance of such stocks recently suggests that investors have not yet learned to correct this error.

One possibility is that there are constraints on short selling but not on buying. If you think positive momentum stocks are underpriced you can easily exploit this belief by buying them. But if you think negative momentum shares are overpriced, it’s more difficult to exploit this belief because doing so requires you to short-sell, which is risky, especially for volatile stocks.

Another possibility, though, is that investors haven’t learned at all, and that momentum’s recent poor performance is indeed just noise. Only time will tell.

There is, though, one hitherto successful strategy that has continued to deliver – that of betting against beta. My high-beta portfolio fell more than 10 per cent in Q3 thanks to a 70 per cent drop in Sirius Minerals and losses on other commodity stocks. This means high-beta stocks have lost more than 25 per cent in the past five years while the FTSE 350 has gained 14 per cent.

This flatly contradicts textbook economic theory – in the form of the capital asset pricing model (CAPM) – which predicts that stocks that carry more market risk than others should, on average, beat the market.

It is, however, wholly consistent with a theory proposed by economists at AQR Capital Management. They point out that many investors cannot borrow as much as they’d like. This means that when they are bullish – which is most of the time – they express this bullishness not by borrowing more and buying stocks in general but by buying high-beta stocks to get leveraged exposure to a rising market. This causes such stocks to be overpriced and so to underperform on average. Which is just what we’ve seen for years.

The counterpart to high-beta stocks doing badly is that low-beta ones should do well. Generally, this is the case: recent research by economists at Robeco Asset Management shows that lower-risk stocks outperform riskier ones around the world. It hasn’t, however, been true of my low-risk portfolio in the past 12 months. This might, however, be a quirk of how my portfolio is constructed – it uses low-beta alone rather than size or low volatility – or it might be just noise.

One strategy, though, did do well in Q3. My high-yield portfolio beat the market, as gains on Plus 500 and lots of small risers offset losses on Centrica and Evraz (EVR). This matters because deep value stocks are an indicator of cyclical risk: they collapsed in 2008 as investors feared recession, for example. Combined with the poor performance of high-beta stocks, their recent rise thus implies that investors have wanted to take on cyclical risk even while avoiding market risk. This suggests that confidence in the economy has improved a little, albeit from a low base.

This is not to say that deep value stocks are a good buy. In the past 10 years they have actually underperformed the market despite the fact that we have (just about) in this time avoided the event that’s worse for them – recession. This, I suspect, shows that investors pay too much for big dividends because they ignore the fact that a high yield is often merely compensation for a problem with a company – either high risk or poor growth prospects.

I should stress that the point of all this is not to recommend particular strategies. It is instead to test hypotheses: all investing, whether you know it or not, is applied social science.

One such hypothesis that has been tested and failed is the CAPM: we now know that stocks’ returns are not related to the amount of market risk they carry. In this sense, textbook economics is wrong. Another partially failed hypothesis is that value investing works. It doesn’t if you take stocks with the highest yields, although it might do so for those on above-average but not huge yields.

For other hypotheses, though, the jury is still out. Not least of these is whether momentum investing still works. For this reason, we shall continue to monitor these portfolios.

All portfolios are equal-weighted baskets of 20 stocks, drawn from UK equities with a market cap of over £500m.