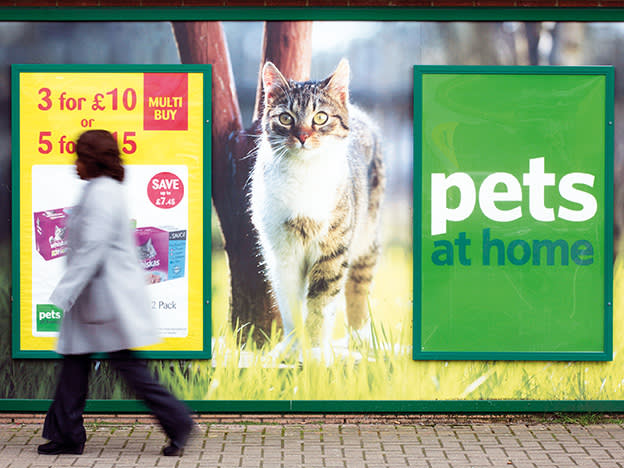 Defensive stocks did very well in 2019. This is not as surprising as it seems

But you’d be wrong. My high-beta portfolio actually fell last year, while my low-risk portfolio rose by 28 per cent, thanks in part to a great final quarter that saw huge gains in Dart (DTG), Kainos (KNOS) and Pets at Home (PETS), among others.

In truth, the poor performance of high-beta stocks is nothing new. My portfolio of them has fallen over the past 10 years even though the market has risen a lot. Nor is this confined to UK equities. Economists at AQR Capital Management have shown that high-beta equities in the US – and indeed high-beta assets generally – tend to underperform over the longer run.

There is, they believe, a simple reason for this. It lies in the fact that many investors cannot borrow as much as they want either because of credit constraints or because of regulatory limits. This means that when they are bullish they express this bullishness not by borrowing to buy equities generally – as elementary textbooks pretend – but by buying high-beta shares. They hope that these will give them geared exposure to a rising market. This, however, causes such stocks to be overpriced and so deliver poor subsequent returns. The history of such stocks in the UK in the past 10 years is compatible with this theory.

The good performance of defensive stocks – which we’ve also seen over the past 10 years – is the counterpart to this. Bullish investors avoid low-beta stocks, causing these to be systematically underpriced.

Recently, though, something else has been going on. We can find it in Andrew Lo’s theory of adaptive markets. He likens investment strategies to population cycles in biology. When a species is abundant, it depletes its food source and so the species goes into decline and the food source recovers. This eventually allows the species to multiply again, and so the cycle continues. Similarly, in stock markets, if enough investors pursue a strategy – say, because it has proved successful in the past – they will drive prices up and so cause subsequent returns to be low. As they abandon the strategy, however, prices will fall and eventually underpricings will emerge and so the strategy will prove profitable again.

This theory fits the performance of defensive stocks. Having done well for years they did badly in much of 2017 and 2018, consistent with investors losing faith with them. This meant that, by the middle of last year, many defensives had become underpriced, with the result that they have bounced back strongly.

Defensive investment, however, has not been the only strategy to have continued its good long-run performance in recent months. Momentum stocks (ones that have risen most in the previous 12 months) rose over 10 per cent in the fourth quarter thanks to gains on Dunelm (DNLM), Spirent (SPT) and PureTech Health (PRTC) offsetting falls in Highland Gold Mining (HGM) and iEnergizer (IBPO), with the result that the portfolio rose over 20 per cent in the year as a whole.

In the past five years, my momentum portfolio has outperformed the FTSE 350 by over 50 percentage points. This would have out it comfortably in the top 10 per cent of funds in Trustnet’s UK All Companies sector. This is devastating. It means that anyone with a stock screener could have done better than the vast majority of fund managers.

Which poses the question: why haven’t fund managers adopted momentum strategies? If they had done so, momentum stocks would not have been underpriced and so would not have delivered the great returns they have.

The answer cannot be that they have not known about momentum. Its success was first pointed out way back in 1993 by Narasimhan Jegadeesh and Sheridan Titman, in a leading academic finance journal. For a fund manager not to have known about momentum in the past 10 years would have been a grotesque dereliction of professional duty.

In fact, I suspect that many managers – especially the more successful ones – have been at least in part momentum investors. It’s just that they’ve hidden the fact behind marketing guff about being good stockpickers. If you are charging clients over a percentage point of their money every year, you cannot tell them you are just running a glorified stock screen.

There are, however, some good reasons why other fund managers haven’t adopted momentum. One, pointed out by Victoria Dobrynskaya at Moscow’s National Research University, is that it is risky. Momentum stocks, she says, often have high downside betas, which means they underperform falling markets – as, indeed, they did in late 2018.

This is not the only risk. There is the perennial danger of behavioural risk. At any point in time, you could have looked at the good performance of momentum in previous years and thought: 'Investors have now wised up to momentum investing and so these stocks are overpriced'. That’s a reason to have been sceptical about pursuing it.

None of us, however, should rejoice very much in beating the market last year. In fact, it was quite easy to have done so. Three of the biggest shares – BP (BP.), Royal Dutch Shell (RDSB) and HSBC (HSBA) – fell last year. As these alone account for 17 per cent of the All-Share index, they held back the overall market’s performance, with the result that most shares outperformed the index. If you had picked an equal-weighted basket of shares at random at the end of 2018, you would, with average luck, have beaten the market.

There’s one strategy, though, of which this isn’t true – value investing. My portfolio of the highest dividend yielders fell slightly last year, due to poor performance at various times by Evraz (EVR), Intu Properties (INTU), Kier (KIE) and Saga (SAGA) among others.

I suspect it’s no accident that such poor performance should have come in a year in which the UK economy, and much of the global economy, did poorly. A high yield is usually compensation for something. Often – as with construction or mining stocks – that something is cyclical risk. Value stocks tend to do badly when the economy falters – they collapsed in 2008-09 for example – but better when the economy recovers. To the extent that there are reasons to be slightly optimistic about the global and UK economy in 2020, there are therefore reasons to be moderately bullish about value investing.

Such recommendations, however, are not the point of all this. Instead, what I’m trying to do here is track the performance of portfolios for which there is robust evidence of unusual returns: unusually good in the cases of momentum and defensives, and unusually bad in the case of negative momentum and high beta. Whether you beat the market or not is not merely a matter of stockpicking. It is also a matter of getting the right strategy.

Our no-thought portfolios for Q1 2020

All portfolios are equal-weighted baskets of 20 stocks (excluding investment trusts) with a market cap of over £500m.