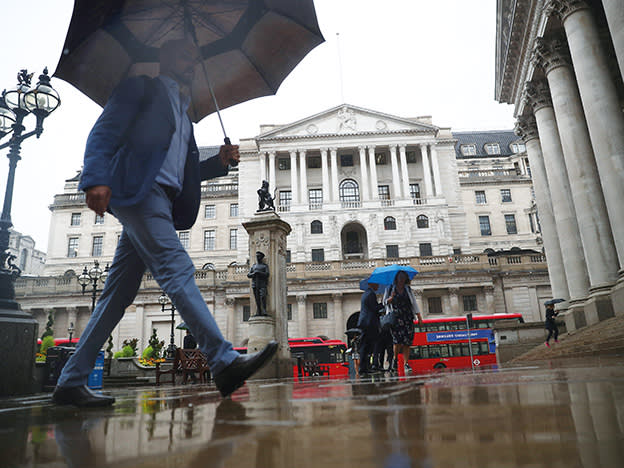 The economy, and our portfolios, are resilient to many shocks – but not to all of them

It seems an odd thing to say of a year that has seen the biggest fall in real GDP since 1709, but one thing we’ve learned this year is that economies are in some ways remarkably resilient.

One way in which this is true is that diversification has worked well, especially from the point of view of a sterling-based investor. In the spring profits on gilts and gold mitigated losses on equities, and the recent recovery in share prices has recouped what little money a balanced portfolio would have lost. The simple balanced portfolio I recommended in January (50 per cent in MSCI’s world index, 20 per cent in gilts and 10 per cent each in gold, sterling cash and US dollar cash) lost only five per cent in the first three months of the year and has now made nine per cent so far this year.

A big reason for the recovery in equities is of course the hope that vaccines against Covid-19 will be delivered early next year. But the discovery of such vaccines is itself endogenous. The previous discoveries that these vaccines are based upon, and funding for scientific research, are both products of developed economies. This gives us a resilience to pandemics which poorer countries and our plague-ridden forebears did not have.

What’s more, we’ve been reminded this year that government borrowing can do a lot to mitigate downturns and protect jobs. The Office for Budget Responsibility (OBR) estimates that the government will borrow £394bn this year, equivalent to 19 per cent of GDP. And yet gilt yields have hit a record low. Which is of course no accident. The lockdown forced many of us to save more; the household savings ratio rose to a record 28.1 per cent in the second quarter, a rise mirrored around the world. As an accounting identity, higher private savings mean higher government borrowing – but these same increased savings drive down borrowing costs.

In emergencies governments have almost unlimited fiscal space. Yes, Covid-19 carries a big economic cost. But it’s a cost which can be smoothed out over decades.

We’ve also learned that monetary policy also has plenty of space even with interest rates at zero. As M&G’s Eric Lonergan has pointed out, central banks can use dual interest rates (lending to commercial banks at negative rates on condition they lend on the money to businesses) or even write us all a cheque.

All this should be good for equities. The fact that diversification works, that science can save us from pandemics and that governments can protect us from their economic harm means that equities are less risky than you might think. And lower risk should mean higher prices.

But, but, but. There are limits to this resilience. There are other things to which economies are definitely not resilient.

Financial crises are one. Even before the 2008 crisis, economists knew that these did lasting damage. And the legacy of that crisis – real wages are lower now than they were in 2007 – has confirmed this fact.

An important mechanism here is policy failure; the crisis led to unnecessary fiscal austerity which in turn contributed to Brexit.

That, of course, is not the only example of bad policy. The Resolution Foundation points out that the self-employed income support scheme has been “terribly targeted”. Added to the imperfect coverage of the furlough scheme and failure to adequately support job creation, this is why the OBR foresees the unemployment rate rising to 7.5 per cent next spring – twice its pre-pandemic rate.

And then there’s Brexit. Bank of England Governor Andrew Bailey has warned that the long-term impact of Brexit might be greater than that of Covid-19. This is because trade frictions reduce productivity growth relative to what it would otherwise be.

Even here, though, there is some resilience. There is, as Adam Smith said in 1777, “a great deal of ruin in a nation.” Sub-optimal policies are the norm in part because governments, like the rest of us, have limited knowledge and rationality. But we cope with them. Peter Robertson and John Landon-Lane have pointed out that long-term economic growth rates are surprisingly insensitive to national governments’ policies, in part because they are instead determined by factors such as technical progress or global economic growth. This finding is bad news for anybody hoping that the government might raise economic growth. But it’s a comfort for those fearing it might greatly reduce it.

And even if the economy is not terribly resilient to bad policy, investors can be; the costs of bad policy are borne mostly by people poorer than us. Simple balanced portfolios held up well during the financial crisis and in the aftermath of the Brexit vote in 2016, in part because sterling’ fall increased profits on dollar-denominated assets.

Another danger for equities would be an unwarranted tightening of monetary policy, which would see losses on balanced portfolios as equities and bonds fall together. We’ve not seen this in recent years, except in 2011’s “taper tantrum”, but it was certainly a problem in the 1970s and 1980s.

A bigger threat is extreme political risk. Philippe Jorion and Will Goetzmann have shown that many of the stock markets that thrived in the 1920s were subsequently closed by war or revolution.

You might reply that most of the events to which portfolios are not resilient are unlikely. Maybe so – although one lesson of this year is that there are some things we cannot see coming. But that only reinforces the point that we investors can cope with a lot of nasty surprises. The benefits of being affluent in western societies are greater than we perhaps appreciate.