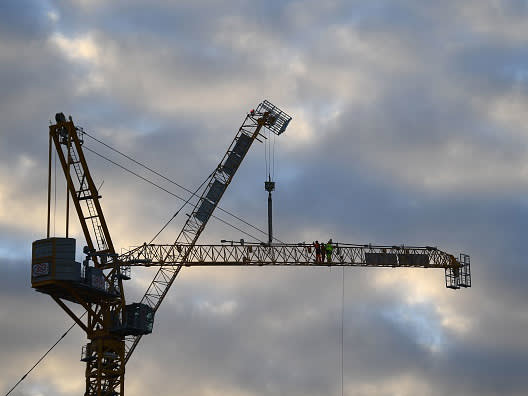 August is meant to be a quiet month for small caps as the mid and mega cap corporate reporting season takes centre stage. However, companies on my watchlist have not been short on news.

For instance, Watkin Jones (WJG:204p), a construction company specialising in purpose-built student and private rented sector (PRS) accommodation, has just secured planning permission for a 322-unit residential build-to-rent scheme on a site in Leicester, increasing its pipeline in this niche market to six schemes which will be delivered between 2019 and 2021. It’s not difficult to see why institutional investor appetite is growing in this area: the share of UK households in private rented accommodation increased from 12 per cent of the total in 2012 to almost 20 per cent last year, reflecting not only the decline in owner occupation due to the sharp rise in residential property prices in the past decade and tighter mortgage lending standards after new regulations came into force in 2014, but is also being driven by demographic changes and growth in the UK population.

So, with the major private housebuilders failing to ramp up their output to a level to bring the housing market into any sort of equilibrium, and recent tax changes negatively impacting investment by small buy-to-let landlords, then this is creating a favourable backdrop for institutional finance to fund new developments in the PRS. Admittedly, this segment is only a small part of Watkin Jones’ business mix, but it’s growing steadily and it’s only reasonable to expect similar deals to be announced in the future.

Furthermore, expectations of the company delivering the 11 per cent rise in pre-tax profit and EPS in the financial year to September 2018 continue to be de-risked following the forward sale of six student accommodation developments to an institutional investor earlier this summer. The 14 residential units sold have a gross development value of £165m and consist of 1,691 student bedrooms. This means that the company has forward sold all of its developments scheduled for completion by September 2018, thus offering visibility of earnings, and cash flow too.

In fact, analysts at newly appointed heavyweight joint corporate broker Jefferies Hoare Govett believe that the company’s cash pile will total around £60m at next month’s financial year-end, rising to £75m a year later. On this basis, cash on the balance sheet could balloon to almost 30p a share by September 2018, implying that on a cash-adjusted basis the shares are rated on 11.5 times EPS forecasts of 15.1p for the next financial year, hardly an exacting valuation. It also means that shareholders can reasonably expect a 10 per cent hike in the payout per share to 7.3p next year, as analysts at broking houses Peel Hunt and Jefferies anticipate, in line with earnings growth, suggesting the shares offer a prospective dividend yield of 3.6 per cent.

I last advised running profits after the price hit my 195p target ('Top-slicing and running profits', 26 Jun 2017), having first recommended buying around the 103p mark in April 2016 when the company floated its shares on Aim ('A profitable education', 3 Apr 2016). Since my last update, Watkin Jones’ share price has traded in a tight range between 190p and the all-time high of 203p, but is now breaking out to new highs, suggesting the consolidation period is over.

So, offering 10 per cent upside to my 225p target, and a further 11 per cent to Jefferies 250p target, I rate the shares a trading buy ahead of what will undoubtedly be a bullish pre-close update in mid-November. Buy.

The latest annual report and accounts of residential property investment company Mountview Estates (MTVW:11,900p) made for a worthwhile read. I have more than a passing interest here, having included the shares in my 2015 Bargain Shares portfolio at 11,096p, and banked dividends of 875p a share to date including 300p a share for the 12 months to end March 2017.

Mountview's estate consists of 3,812 units subject to regulated tenancies, life tenancies, assured tenancies and ground rents. The company’s strategy is pretty simple: collect the rent on these properties, a sum worth £18m in the last financial year, and when they become vacant sell them on the open market, sometimes after refurbishing them, to reap hefty gains. And because the board’s policy is to conservatively value property at cost in the accounts, there is an almighty windfall when this happens. In fact, note four of the latest accounts reveals that Mountview sold 182 units for an average price of £330,000 in the 12-month trading period to bring in gross proceeds of £60.1m, or almost three times the £20.3m cost of the properties.

Interestingly, the properties sold achieved a 48 per cent premium to the open market value at which surveyors from Allsop valued them at in September 2014. At the time Allsop believed Mountview’s trading property portfolio was worth £666m, or more than double the £318m cost of the properties in the company’s accounts. The fact that the latest sales went through at such a large premium to Allsop's valuation is highly supportive of another valuation uplift as and when the surveyors return to revalue Mountview’s portfolio. It would be understandable too given the geographic bias of the portfolio: London (accounting for 51 per cent of trading properties by value) and southern England (around 16 per cent) have seen the strongest house price growth in the past decade, with homes in the capital rising by almost 80 per cent, and south-east England up by around 40 per cent, according to estate agency Savills.

To put the hidden value on offer into perspective, Allsop’s September 2014 valuation surplus of £348m equates to 8,923p a share; that's on top of Mountview's latest book value per share of 8,625p, up from 7,990p a year earlier. In other words, mark properties to their current open market value and Mountview’s previously implied 32 per cent share price discount to adjusted net asset value (NAV) could easily widen to well over 40 per cent.

Moreover, the directors take a conservative view on borrowing: net debt of £31.2m equates to a very modest loan-to-value ratio on the portfolio. This means that shareholders are not reliant on property sales to fund their payout as the £18m annual rent roll covers the £819,000 interest charge on borrowings, £5.2m of administration costs and the £11.7m cost of the 300p-a-share dividend.

True, two thirds of the 3.9m shares in issue are tightly held, but even so the share price discount to NAV is too deep. So, having last rated the unloved shares a buy at 10,250p ('Four small-caps with upside potential', 26 Jul 2016), I still feel there is further upside at 11,900p. Please note that the tradable bid-offer spread is nearer to 2 per cent as you can deal within the official spread. Buy.

Shares in Aim-traded stockbroker and financial services outsourcer Jarvis Securities (JIM:510p) briefly hit the 525p target price I outlined when I last advised buying at 458p (‘A five-timer of small cap plays’, 24 Jul 2017). I first spotted the investment potential when the shares were languishing at 305p last autumn ('High-yielding income play with capital upside', 15 Nov 2016), so after factoring in the payment of four quarterly dividends totalling 21.75p a share, including a higher than expected third quarter payout of 6.5p a share, announced earlier this month, up from 4.5p a share in the same period last year, the holding has produced a 73 per cent total return.

The payout was a key bull point in my analysis, so it’s worth noting that analyst Nick Spoliar at house broker WH Ireland forecasts a 25 per cent rise in the full-year dividend per share to 22p covered 1.45 times by EPS estimates of 31.8p, up from 27p in 2016. This reflects a robust performance from both of Jarvis’s business units: a corporate unit providing outsourced and partnered financial administration services to third-party organisations, which has cash under administration in excess of £150m; and a retail broking operation with more than 100,000 clients.

Although a forward PE ratio of 16 is about right, I wouldn’t discount the possibility of further earnings upgrades, especially as £2.35m of WH Ireland’s full-year pre-tax profit estimate of £4.4m was booked in the first half, and trading levels have been buoyant since. Mr Spoliar has raised his target price from 575p to 600p. However, I still think the sensible thing to do is to top-slice your holdings by selling half at 505p to crystallise the hefty 73 per cent paper gain, but retain some skin in the game just in case Jarvis overdelivers. Run profits.

Although dozens of my small-cap share recommendations have been posting large gains this year, investing is never a one-way bet. The case of Epwin (EPWN:67p), a manufacturer of extrusions, mouldings and fabricated low-maintenance building products, is a stark reminder of that after the company warned last week that profits this year will be “marginally below market expectations”.

The shares have lost almost a third of their value since and are below the 97p level at which I rated them a recovery buy (‘Exploiting value plays’, 25 Jul 2017), having first advised buying around 103p  when the company joined London’s junior market ('Moulded for gains', 29 Jul 2014). Even after taking into account total dividends of 17.2p a share declared in the past three years, the holding is still under water.

When I made my recovery buy recommendation in July I was fully aware that trading conditions in the repair, maintenance and improvement (RMI) market were challenging. However, I also felt that the share price slump since the end of April was factoring in a profit warning of far greater magnitude than was likely in a worse-case scenario.

In the event, analyst Andy Hanson at house broker Zeus Capital cut his full-year pre-tax profit forecast by almost 8 per cent to £22.8m, and next year’s estimate by 9 per cent to £23.5m after taking into account input cost pressures, particularly in resin and hardware, and ongoing weak markets. That reduces EPS forecasts to 13.2p and 13.5p, respectively, for this year and next, implying Epwin’s shares are rated on five times earnings estimates. Importantly, the directors made the point that net debt is less than one times its annual cash profits, and the company has significant headroom on its debt facilities to invest in the business. They gave reassurance over their ability to declare an attractive dividend too. Assuming a held payout of 6.6p a share, as Mr Hanson forecasts, the dividend yield is 10 per cent.

The statement also revealed that one of the company’s customers, building products distributor SIG (SHI:180p), has sold its building plastics business, which is principally supplied by Epwin, to a rival, GAP Plastics. SIG’s business accounts for 5 per cent of Epwin’s forecast revenue of £300m, so there is a risk that over time GAP Plastics may look to substitute some volume for its own in-house products, although it is unclear how much extrusion capacity it actually has available. Furthermore, analyst Adrian Kearsey at joint house broker Panmure Gordon notes that a meaningful proportion of the volume is specified by the client and may remain relatively sticky. It’s not a given that Epwin will lose all of this revenue.

The well-documented problems at another customer, Entu (ENTU:3p), which accounts for 5 per cent of Epwin’s revenue, is more of a concern. Entu has significant funding issues and is in discussions with a small number of parties to try to secure long-term financing. Shareholders in Entu face a complete wipeout, but the fact that it has received several approaches would indicate there is a business worth saving.

So, having taken all of these issues into account, and the fact that the price is down a third since the warning, I would hold on to the shares ahead of next month’s interim results on 13 September. Hold.