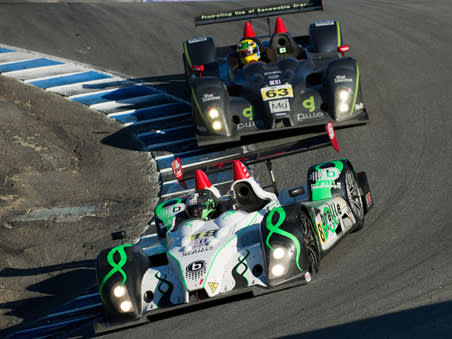 It’s always good when a company on my watchlist beats market estimates, and even more so after I have just initiated coverage. That’s the case with Ramsdens Holdings (RFX:169p), a diversified and fast-growing financial services company that joined London’s junior market earlier this year. I was pretty impressed by the investment case when I covered the maiden results, so I suggested buying the shares at 132p, placing a target price of 180p ('A jewel in the north', 12 June 2017).

I had good reason to be bullish because earnings momentum skewed the investment risk to the upside: house broker Liberum Capital had upgraded its pre-tax profit and EPS estimates by 13 per cent on the back of a pre-close trading update in April. In the event, Ramsdens exceeded those forecasts by a few percentage points, reporting a 73 per cent rise in pre-tax profit to £4m to produce adjusted EPS of 10.1p on revenues up 15 per cent to £34.5m in the 12 months to end-March 2017.

A key driver has been Ramsdens' foreign currency arm, which exchanged £408m-worth of currency with more than 600,000 retail customers to underpin an 18 per cent increase in the division’s gross profit last year, to £9m. The segment accounted for 37 per cent of the company's gross profits of £24.3m, and there was every reason to expect the growth to continue, as has proved to be the case. Trading activity has been buoyant over the summer, so much so that analyst Justin Bates at broking house Liberum Capital believes Ramsdens' foreign currency arm’s gross profits will rise by 20 per cent to £10.8m in the 12 months to end-March 2018, or £300,000 more than forecast when I initiated coverage. And this isn’t the only driver behind Liberum’s latest eye-catching 22 per cent pre-tax profit and earnings upgrade for this year, and the 19 per cent hike in its expectations for the 2018-19 financial year.

The surge in the gold price and sterling’s weakness has clearly been benefiting the company’s pawnbroking business, which accounts for a quarter of gross profits. In fact, Liberum has upgraded its divisional gross profit estimates by £500,000 for both financial years to around £6.8m, and justifiably so given that the sterling gold price has risen by 13 per cent to £1,033 an ounce (oz) since December 2016. A rising gold price enables the business to offer larger pledges, boosts profits on scrap and gold dealing, and mitigates the risk of losing money if a customer fails to redeem their pledge and the item has to be sold. The company is also benefiting from its jewellery retail initiatives, including increasing the proportion of jewellery sold through its retail outlets, in many cases after being refurbished following purchase, and increasing stock levels on the retail merchandising side.

These catalysts explain why Liberum upgraded its gross profit estimate for the company from £26.8m to £27.5m for the current financial year to end-March 2018, implying 13 per cent year-on-year growth, on revenues up 9.5 per cent to £37.8m. The reason why Ramsdens' pre-tax profits and EPS are expected to come in even higher at £5.9m and 15.3p, respectively, representing 45 to 51 per cent year-on-year growth, is that the company made £400,000-worth of savings on store openings. Liberum is factoring in six new stores this year, or half its previous forecasts, following the decision of the directors to “proceed carefully when deciding which new sites to complete on..... given the myriad of opportunities in the market”. This should not detract from the long-term strategy of expanding the 127-store estate, and Liberum has factored in 12 new store openings in the 2018-19 financial year when it expects Ramsdens to deliver revenues of almost £41m, gross profits of £29.6m, pre-tax profits of £6.2m and EPS of 16.1p.

The bottom line is that although Ramsdens' share price is 28 per cent higher than when I initiated coverage in June, the forward rating of 11 times earnings estimates has hardly budged following upgrades. Moreover, a prospective dividend yield of 3.9 per cent, rising to 4.2 per cent in the 2018-19 financial year, remains attractive – as is a cash pile that’s set to rise from £9.6m to almost £13m by the end of April, a sum worth 42p a share. This means that the company is being valued on just over five times cash profit estimates of £7.5m to its current enterprise value of £39m, a hefty ratings discount to larger rival H&T (HAT:330p), a constituent of my 2017 Bargain Shares portfolio, and one that’s doing rather well too. H&T is rated on eight times cash profit estimates to enterprise value for the calendar 2018 financial year, a valuation that still offers 14 per cent further share price upside to my initial target price of 375p.

In the circumstances, I am edging up my fair value target price for Ramsdens to a range between 190p and 200p. Buy.

I had an informative results call with the management team at Stadium (SDM:123p), a niche electronics company specialising in wireless, power and human machine interface products. I last advised running profits on the shares at 133p after they hit my 130p target (‘Value opportunities’, 19 July 2017), having first advised buying at 75p ('Switch on to the Stadium of light', 30 July 2014), and booked dividends of 7.7p a share.

A key take for me is the company’s burgeoning order book, which has risen by 19 per cent to a record high of £30.8m since the start of the year, and is up from £28m when i covered the full-year results in March. A £40m-plus design-led pipeline of business in its high-margin technology products division augurs well too. This segment has been growing organically, and by acquisition, and now accounts for 61 per cent of Stadium’s revenue, up from only 21 per cent in 2013, reflecting its transition from an electronic manufacturer to a design-led technology company.

This trend is being driven by demand for technology products, including high-growth wireless devices such as insurance telematics, and the rapidly growing market for the 'internet of things', which encompasses security, smart home devices and energy management. The company’s four design centres, including the newly expanded centre at Kista Science City, Stockholm, a global hub for wireless technology, provides Stadium’s customers with an integrated technology solution for turnkey design, manufacture and fulfilment.

Importantly, the ramp-up in research and development spend by almost 150 per cent to £714,000 in the six-month period is paying off as the company has secured several new original equipment manufacturer (OEM) design-led orders for automotive and smart home projects, primarily in Europe and the US. The recently opened sales office in Salt Lake City, on the back of demand from customers, provides a footprint for expansion into North America. Interestingly, almost half the pipeline in the connectivity business comes from the region, up from 10 per cent last year, highlighting the potential for growth there.

Stadium has been adding to its capability in its power division, too, having just announced the earnings accretive complementary acquisition of Berkshire-based PowerPax, a specialist maker and distributor of power supplies, battery chargers and LED products, for an initial cash consideration of £2.5m, the fifth acquisition in as many years. With the benefit of a new £15m debt facility with HSBC, expect further bolt-on deals, and justifiably so given the returns that can be made: finance director Winston North informed me that Warrington-based United Wireless, acquired in the summer of 2014, has produced a 40 per cent-plus profit return on the £6m initial consideration.

True, Stadium’s low-margin assemblies business proved a drag, but it is being increasingly used to supply orders in Stadium’s technology products division and this is supportive of double-digit second-half growth, according to Mr North. Chief executive Charlie Peppiatt expects vertically integrated activity levels to exceed half of the unit’s revenues by the fourth quarter. Adverse currency movements had a negative impact too, but the company still reported a 13 per cent rise in first-half normalised pre-tax profits to £1.8m and, with the benefit of a robust order book, which underpins the seasonal second-half weighting skewed into house broker N+1 Singer’s forecasts, Stadium is well on course to lift full-year pre-tax profits by 26 per cent to £5.3m. On this basis, the shares are rated on 11 times earnings estimates, hardly a punchy rating for a company that’s also well placed to deliver 20 per cent-plus EPS growth in 2018. A 2.6 per cent prospective dividend yield is attractive, too.

The bottom line is that if the order book continues to grow, then this will de-risk 2018 forecasts and support a much higher target price. Chart watchers will note than a share price move above the 138p resistance level that has capped progress since May would be a bullish sign, too. I would run profits for now, but would turn a buyer again on a break-out.

Gama Aviation in the ascent

The directors of Aim-traded Gama Aviation (GMAA:260p), an operator of privately owned jet aircraft, were in confident mood during our interim results call, and with good reason.

The headline numbers are telling: underlying pre-tax profit increased by 40 per cent to $7m (£5.4m) in constant currencies on group revenues up 45 per cent to $291m, the vast majority of which is being fuelled by the US air business, which increased revenues from $110m to $190m following the Landmark fleet joint venture with BBA Aviation (BBA). Divisional operating profits rose even faster, up 150 per cent to $6m, reflecting a 90 basis point improvement in margins to 3.1 per cent, driven by increased scale and operational gearing. The integration of the BBA business is delivering the benefits envisaged at the time of the merger, adding complementary west coast coverage to the existing east coast business; diversifying the overall client base; cross-selling maintenance services into Gama Aviation's wholly owned US ground business; and delivering cost savings, too.

Operating profits in Gama’s European air arm rose at a similar rate from $0.6m to $1.5m, and operating margins almost trebled to 3.5 per cent, moving towards the 5 per cent target rate, an outcome that vindicates management’s decision to exit underperforming contracts last year. The third driver behind the robust first-half performance was Gama’s European ground services business, which increased operating profits by almost 30 per cent to $4.16m on a modest rise in revenue to $20.9m. This reflected the benefits of last year’s restructuring, an uptick in discretionary spending amongst customers and a full six-month contribution from the February 2016 acquisition of Jersey-based Aviation Beauport.

Gama’s cash generation stands out too: operating cash flow of $5.7m represented a sharp improvement on an outflow of $1.1m at this stage last year, buoyed by tighter working capital management and fewer debt impairments. The sale of two legacy aircraft accounted for $4.2m of the sharp reduction in net borrowings from $19.4m at the start of the year to $14.3m, and prompted analyst John Cummins at broking house WH Ireland to slash his year-end debt estimate by a third to $8.2m, in line with expectations of Gama delivering a 28 per cent rise in full-year pre-tax profits to $17.5m to produce EPS of 32.9 cents, or about 26p. Mr Cummins notes that Gama could move to a net cash position by the end of 2018, auguring well for prospects of a hike on last year’s dividend of 2.6p a share.

So, having maintained my buy advice all year, and highlighted the trading opportunity ahead of the interim results when Gama’s share price was pressurising the 250p key resistance level (‘Value opportunities’, 19 July 2017), I have every reason to maintain my bullish stance with the shares priced on a 40 per cent earnings discount to peers. In fact, I am raising my target price from 300p to 325p. Buy.