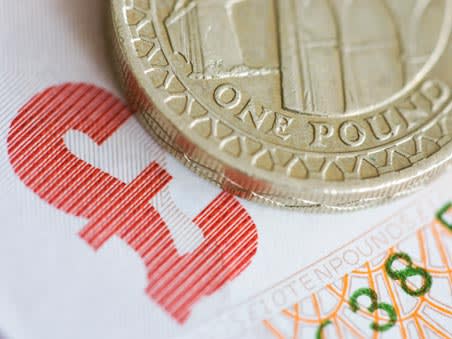 Share prices are high relative to the global money stock. This should worry equity investors

Money talks, and it’s sending a worrying message for equities.

The indicator that matters here is the ratio of the broad money stock in OECD countries to the MSCI world index. If we control for the fact that this has trended upwards over the last 20 years, it has been a good predictor of returns on world equities. For example, high ratios of money to share prices in 1997, 2003, 2009 and 2012 all led to prices rising, while low ratios in 2000 and 2006 led to price falls.

There might be a simple reason for this. When the money-price ratio is high, it means investors have unusually high cash weightings and unusually low equity positions. This means they are likely to subsequently rebalance their portfolios away from cash and towards shares. And their efforts to do this drive prices up. Conversely, a low money-price ratio means equity weightings are unusually high, and attempts to reduce these drive prices down.

The de-trended money-price ratio is now at its lowest level since 2008. This warns us that if past relationships continue to hold, global share prices will fall over the next three years.

That’s an 'if'. The money-price ratio was also low three years ago. Back then, it was predicting that prices would be flat between 2014 and 2017. In fact, they’ve risen almost 20 per cent.

What should we make of this?

It might be just noise. The ratio also under-predicted returns in the mid-2000s, but went on to give a great warning of the crash of 2008 and subsequent recovery. In fact, the gap between actual and predicted returns now is only one standard error – the sort of thing we’d expect to see one-sixth of the time even if the relationship still holds.

Another possibility, though, is that the relationship has indeed broken down. Maybe investors are happier to hold little cash and lots of equities now than they were in the past, so that a low money-price ratio no longer leads to a rebalancing away from shares.

One obvious reason why this might be is that cash pays poor returns and so investors want less of it.

For our purposes, though, this isn’t very comforting. It poses the danger that as central banks raise interest rates, demand for cash will indeed rise and so there will be a rebalancing of portfolios away from equities. If so, our past relationship will re-emerge and shares will fall.

But there’s another explanation. Maybe equities are genuinely more attractive now than in the past. This isn’t because global economic growth will be stronger or more stable in the future than it has been: there’s no reason to expect this. Instead, it could be that the increased monopoly power of US companies justifies sustained high share prices because their profits will no longer be competed away to the extent they were in the past.

I’m not sure how strong this argument is. I suspect we cannot know, simply because we cannot predict the future direction of technical change and so the future pattern of creative destruction is inherently unknowable. What does seem to be the case, though, is that you must believe this (or something like it) if you are to disregard the troubling message of the low ratio of money holdings to share prices.