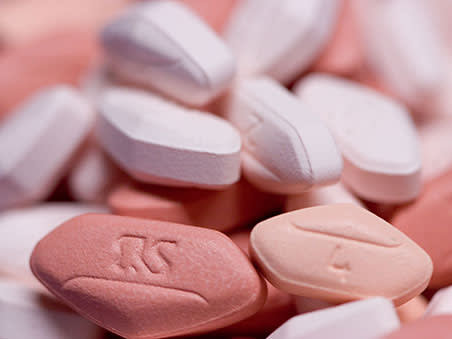 Time’s up for Glaxo

Glaxo should be a takeover target, but that doesn’t justify its presence in an income portfolio

Shareholders in GlaxoSmithKline (GSK) really only have to answer one question: will they benefit when the group is taken over or broken up? There seems little hope that Glaxo can arrest its decline through its own efforts, therefore the responsibility will fall to a third party. Will that be good for shareholders, or should they exit now before the share price, which has been sinking for years, is blown out of the water by the dividend cut that looks just one corporate foul-up away?

I ask these questions because Glaxo’s shares sit in the Bearbull income portfolio, doing it no favours. They have been there for almost 18 years, during which time their value has risen by all of 6 per cent, with the price currently at 1,357p. During the same period, the FTSE All-Share index – despite having to cope with 2008-09’s financial crisis – has risen 45 per cent.

True, I have pondered Glaxo’s purpose before. In a fairly detailed assessment in late 2014 (see Bearbull, 19 September 2014) I said that “an overwhelming feeling of decline” enveloped the company. Quite a bit about Glaxo has changed since then, but, if anything, that feeling has become more palpable.

In 2015 the company completed a major reshuffle in which it sold its cancer drugs to Novartis (SWX:NOV), one of Switzerland’s two global pharma groups. In return, it got the Swiss company’s vaccines business plus a wad of cash, which it hastily shuffled on to disgruntled shareholders.

That deal should have been stage one in a corporate streamlining that would have proceeded with the disposal of Glaxo’s consumer healthcare interests. But last year Andrew Witty, the chief executive, felt that nine years was sufficient time to spend rearranging Glaxo’s deck chairs and that lucrative chore was passed to Emma Walmsley. As the new boss had climbed the greasy pole via the very same consumer healthcare arm, that division got a reprieve and even extra assets to play with. Not that it looks anything more than a hotchpotch of pills, toothpaste and Horlicks. When corporate PR breathlessly tells us that Poligrip is one of the division’s “global power brands” you know something isn’t entirely convincing

Meanwhile, Glaxo trundles towards the cut in its dividend that seems much more likely than an upturn in its trading. Sales growth remains pitifully slow; growth in operating profits has been non-existent; the pre-tax line has been battered by about £2.8bn-worth of ‘one-off’ charges in the past 10 years (this, despite a £9.7bn gain from disposals in 2015); and basic earnings per share are running at about half the level of 10 years ago.

Sure, it’s not completely desperate. More often than not Glaxo generates enough free cash to pay the dividend, but even that is getting close. In the past 10 years, on average, dividend payments have been covered just 1.3 times by free cash and the ratio has not been above 1.5 times since 2010. No surprise therefore that the bosses bowed to the inevitable and have frozen the dividend at 80p a year until cash flow cover improves.

Even if that were to happen, getting to grips with Glaxo’s debt might be a higher priority. Net debt has risen from £1.2bn back in 2005 to £14.2bn in the latest balance sheet mostly because, under Sir Andrew’s watch, the company’s need to boost earnings per share was satisfied through buying in shares when trading failed to deliver.

That Glaxo has failed to deliver on many fronts is demonstrated by its poor share price performance (see the table where price performance of all companies has been translated into sterling). Yet the table also reveals an additional truth, that Glaxo – not that long ago the world’s biggest pharmaceuticals company by stock market value – is now, in the global scale of things, an also-ran.

That’s good and bad. Bad to the extent that in the winner-takes-all world, where disproportionate rewards accrue to those with the greatest economies of scale, Glaxo may lose out further. However, it may be good if Glaxo were consumed in some sort of deal; yet only ‘may be’ because that would depend on the specifics. If Glaxo were gobbled up for cash by a titan, that would be fine. But if its solution were to be half of a merger of the weakest – and there have been plenty of those in the pharma industry – that would most likely prolong the decline.

Possible M&A activity is a reason why a special situations fund might want to hold Glaxo’s shares. Whether it justifies keeping them in an income portfolio is more nuanced, despite the 5.9 per cent dividend yield. As I’m in the process of clearing dead wood from the Bearbull income portfolio, I think that, finally, Glaxo’s time is up – just as soon as the stock goes ‘ex’ its upcoming final dividend for 2017.