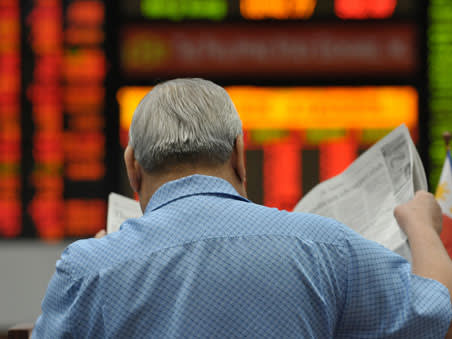 Takeovers often fail to deliver the hoped-for returns. Investors must therefore be more sceptical about them.

When he recently announced a rights issue and dividend suspension Jonathan Lewis, CEO of Capita, said the company had in the past placed “too much emphasis on acquisitions to drive growth”. Last month Micro Focus announced poor results in part because of the disappointing effect of its acquisition of Hewlett Packard Enterprises's software business. And in the US one of the worst performing major stocks recently has been General Electric, which has a long history of acquiring other businesses. All these events should remind investors that we must be much more sceptical about the benefits of takeovers.

These unhappy episodes are consistent with the general track record. “The buyer in M&A transactions must prepare to be disappointed. The distribution of announcement returns is wide and the mean is close to zero” wrote Robert Bruner of the University of Virginia in one survey of the evidence. “The outcomes of most transactions are hardly consistent with optimistic expectations. Synergies, efficiencies, and value-creating growth seem hard to obtain.” And Espen Eckbo of Tuck School of Business in New Hampshire has found that merged companies “on average underperform” comparable to companies that do not merge*.

Granted there’s some uncertainty about this, because we can never know for sure how companies would have performed had they not taken others over. But we do know that takeovers can occasionally be truly catastrophic: think of RBS’s purchase of ABN Amro or Lloyds of HBOS.

This poses the question: how can we tell if a takeover will succeed or not?

We have a way of organising our thoughts here. It was first proposed by Robert Coase in 1937 and developed later by Oliver Williamson, both of whom won Nobel prizes for their efforts. It’s called transactions cost economics. The idea here is that there are two ways of getting something done: a market, or direct control. If you want someone to clean your house, for example, you can employ a servant and exercise direct control or you can hire a cleaner and have a market relationship.

The problem, said Coase, is that “there is a cost of using the price mechanism”. It’s often impossible to write complete contracts so a firm cannot always agree with another what should happen in all contingencies. Where this is the case, a market relationship such as a joint venture or licensing agreement won’t work as well as a takeover. Ownership matters because it gives you control. And control sometimes is better than contracts.

Takeovers will work if direct control is better than a contract.

Why, for example, did Disney recently buy Twentieth Century Fox’s film and TV business? Why couldn’t it instead merely buy the rights to its future films and TV shows?

It’s because of something Lou Reed did in 1975. He was contractually obliged to make an album for RCA. He gave them Metal Machine Music, an album so excruciating that it was removed from sale within weeks. RCA’s contract with Mr Reed omitted to require that his music be listenable. The virtue of ownership is that it avoids this problem. Disney can control the quality of Twentieth Century Fox’s future productions. Contracts don’t offer such assurance.

Contrast this with BP’s relationship with Marks and Spencer. BP’s petrol stations often have an M&S shop in them. But there’s no need for the two companies to merge: a contract is good enough to govern this transaction.

One important question in this context is: are the assets involved specific to this relationship or do they have more general uses?

In the BP-M&S case, the assets are general. If their relationship breaks down. BP can bring in another retailer and M&S can relocate. Not much is lost. Where assets are of most value in a specific relationship, however, it makes sense for them to have a common owner. This might justify Apple’s recent acquisition of Shazam. Shazam’s customer database is valuable to Apple because it will be able to sell it more music. And Shazam’s audio recognition software should improve Apple’s homepod. Insofar as these are genuine synergies they justify a common owner.

A further advantage of a takeover is that direct control might reduce some fixed costs of administering businesses. Trinity Mirror’s recent acquisition of Express newspapers, and Hammerson’s of Intu are motivated by this.

Which brings us to a problem with takeovers. There are diseconomies of scale as well as economies.

It’s tempting to believe mergers are good for shareholders because they increase monopoly power and so allow firms to charge customers more or screw down suppliers – although, oddly, this is rarely the stated motive. This benefit, however, can be offset by the possibility that a firm comprising many different businesses will become unmanageable because bosses don’t know what’s going on in them. This has been Capita’s problem. Mr Lewis says it is “too complex” and “lacks operational discipline”. Similarly, General Electric’s jumble of different businesses was manageable under Jack Welch, but seems not to have been as successfully so under less stellar bosses.

Such difficulties are especially likely if there are cultural differences between the merged firms or if workers in the acquired firm feel no loyalty to their new overlords. Staffan Canback, a management consultant, has shown that in manufacturing firms diseconomies of scale usually occur in firms with only a few hundred employees.

A further problem is that the acquiring company might not know just what it’s getting. Trinity Mirror’s CEO Simon Fox has said that it’s “too early to say” where precisely the cost savings will come from after its takeover of Express newspapers. Such imprecision has been bad for businesses in the past. One reason for Micro Focus’s troubles, for example, is that it underestimated the costs of ditching the HPE brand and agreeing new contracts with its customers. A more dramatic example was that RBS didn’t fully appreciate that ABN Amro’s “assets” comprised a lot of rubbish.

We can, however, make two generalisations here.

In their recent book Capitalism without Capital Stian Westlake and Jonathan Haskel point out that intangible assets such as patents or research pipelines are especially likely to have synergies with each other. And intangibles are often less vulnerable to diseconomies of scale; you can sell countless copies of a piece of software, for example, at little extra cost. On both counts, mergers between intangible-intensive firms are more likely to make sense than those between old economy firms. And in fact both Apple and Alphabet (Google’s parent company) have, like General Electric, made many acquisitions in recent years. But unlike GE these have (so far!) been successful.

Secondly, it’s likely that firms make more takeovers than are good for shareholders.

One reason for this is that mergers are good for bosses if nobody else: CEO pay is more strongly related to firm size than to performance. Without strong oversight or countervailing incentives bosses thus have a reason to expand by acquisition.

Even without that agency failure, however, we might get too many mergers because several subtle errors of judgment bias managers towards doing them. “We always overestimate the advantages of central direction,” wrote Friedrich Hayek.

That most ubiquitous of cognitive biases, overconfidence, is one reason for this. Way back in 1986 Richard Roll said one motive for takeovers was simply hubris. Bosses sometimes overestimate their ability to manage large sprawling organisations and to integrate the acquired firm into its parent. This might well have lain behind RBS’s disastrous takeover of ABN Amro. Having successfully bought Nat West, Fred Goodwin thought he could repeat the trick. He couldn’t.

A second factor lies in herding. One oddity about takeovers is that they bunch together. We saw lots of them in the early 70s, late 80s and mid-00s. This is difficult to reconcile with the rational transactions cost approach: why should the advantages of direct control over market contracting, which should vary from firm to firm, systematically increase in some periods and decline in others?

It is, however, consistent with the possibility of peer effects; companies make acquisitions simply because others are doing so.

It’s also consistent with the fact that periods of cheap money or high share prices allow firms to buy others. What this misses is that acquiring firms is like playing the bagpipes: the fact that you can do so does not mean that you should.

A third bias towards takeovers lies in ambiguity aversion. People hate uncertainty – bets with unknown odds – and pay over the odds to remove it. Daniel Kahneman, another Nobel laureate, has written: “we tend to overweight small risks and are willing to pay far more than expected value to eliminate them altogether”. This generates a bias towards overpriced takeovers because bosses pay for the apparent certainty that direct control offers. They want to eliminate the small uncertainties surrounding complicated contracts.

This is magnified by a fourth bias – the availability effect. The benefits of takeovers often seem clear and available to the mind: potential synergies and a firm that can be improved. The downsides, though, are not so readily available: potential nasties hiding in the target companies, or difficulties in integrating it, or loss of control over existing operations as management is distracted by the takeover.

All this raises a puzzle. Given the empirical evidence that mergers often fail, and the reasons to fear that bosses have a bias towards making too many takeovers, why aren’t investors more sceptical about their merits?

One reason is that companies are largely black boxes: outsiders don’t know exactly what happens inside them. This matters enormously because whether a merger succeeds or not depends upon the minutiae and details. Outsiders cannot second-guess these. So CEOs get the benefit of the doubt.

They also do so because deference isn’t dead. The words of Adam Smith, written in 1758, apply to bosses: “We frequently see the respectful attentions of the world more strongly directed towards the rich and the great, than towards the wise and the virtuous. We see frequently the vices and follies of the powerful much less despised than the poverty and weakness of the innocent.” Whereas everybody believes that consumers and investors (especially retail investors) are prone to cognitive biases, they are less inclined to believe this of bosses.

If we could ditch this deference and regard CEOs as fallible humans like the rest of us, we might get a clearer perception of the benefits and costs of mergers. Behavioural economics should not stop outside the boardroom.

* A clarification: Professor Eckbo has asked me to clarify his view about mergers, as expressed in his original paper.  He points to significant evidence that “merger activity on average increases the market values of both bidder and target firms” – that is, the share prices of both firms tend to increase when a merger is announced. Thereafter, he says “there is no evidence of abnormal stock returns following mergers" on average. This suggests, he explains, that the stock market’s immediate (positive) reaction to the announcement of a merger is an unbiased measure of the expected benefits of the merger; the stock market, in this sense, appears to be informationally efficient. Also, as expcted when markets are efficient, he continues, “there is no evidence that merged firms outperform non-merged firms” except for the announcement effect.