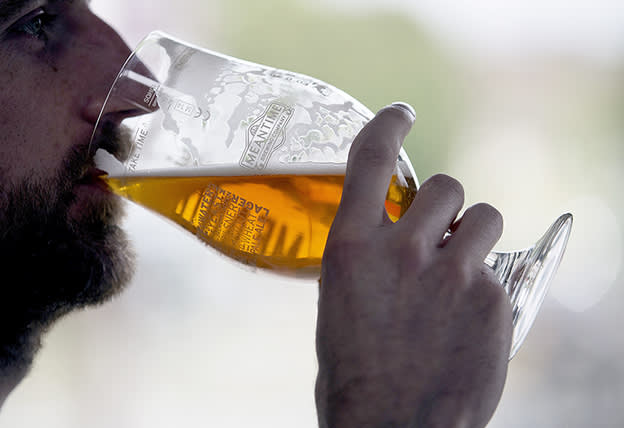 Growth is flat, but shares in some pub operators offer a very acceptable dividend yield

It verges on the amazing that, in almost 20 years, shares in only one pub operator have made it into the Bearbull Income Portfolio. Amazing because there is much about the nature of pub operators that makes their shares right for an income fund – in particular, their reliable revenues.

Sure, running pubs is a cyclical activity, but not that much – a pint or two in convivial surroundings plus a cheap’n’cheerful pub meal can survive a notch of belt-tightening. Besides, the limited growth implicit in brewing beer and running pubs will tend to ride in tandem with the fat dividend yields that an income portfolio needs.

Granted, under another column labelled ‘not so amazing’ are factors that make pub operators for investors the equivalent of Watneys Red Barrel for real-ale drinkers. Even if consumption of alcohol, beer included, is deeply resilient, that does not necessarily apply to the business model of running pubs. The major problem is that the UK still has too many pubs chasing consumers with more and more ways of using their leisure.

Pub operators hardly helped their own case when – seduced by the reliability of their cash flows and the fashion to load up with debt – they embarked on acquisition-driven expansion in the early 2000s that drowned some and left others floundering. One victim – six years after I ditched it – was Regent Inns, Bearbull’s only foray into the pubs sector, which came out of administration as Intertain. Others staggered, sobered up and survived; in particular, Enterprise Inns, which – although only half the size at which it maxed out – remains the UK’s biggest pubs operator and nowadays goes under the name of Ei Group (EIG).

Ei hasn’t paid a dividend since 2007-08 and that won’t change soon, so it is hardly under consideration for the income portfolio. That focus is upon Greene King (GNK). The Suffolk-based company is perhaps still best known as a brewer – among its leading brands are Old Speckled Hen and Abbot Ale – but it, too, has been transformed by the implosion of the debt-driven business model. The fall-out allowed it to double the size of its pubs company, mainly via the £763m acquisition in mid-2015 of Spirit Pub Company, which had been passed from pillar to post in the early 2000s.

The table below shows that only two pubs operators – Greene King and Marston’s (MARS) – offer the dividend yield needed to be a candidate for an income portfolio. True, both JD Wetherspoon (JDW) and Mitchells & Butlers (MAB) generate the earnings that could justify a dividend that would produce a fat yield (assuming the share price remained indifferent to the changed circumstance of a higher payout). In Wetherspoon’s case, chairman Tim Martin prefers investing surplus capital to distributing it and – based on the latest 12-month figures – Wetherspoon just about has the return on capital employed (ROCE) to warrant that. If M&B’s latest ROCE is typical, then the company should prefer distributing to reinvesting its spare cash. In effect, perhaps it already does – at least, that much is indicated by a lowish rate of cash conversion (turning accounting profits into cash), which implies that the group is already investing all the cash it can even though that only works out at a low rate of replenishing existing tangible fixed assets. Granted, there is a big caveat here – all of this is inferred from just the latest 12-month accounts data. The longer run may tell a fuller story.

That said, for Greene King and Marston’s, the data suggests dividend cover is on the thin side; that cash conversion is not the best (for Marston’s, that’s an understatement); that ROCE does not justify retention of excess capital and nor does the bottom line of five-year growth in EPS.

Despite this, Greene King actually manages both to invest plenty in new tangible fixed assets – in the past five years capital spending has averaged 2.2 times depreciation – while still generating enough free cash to fund its dividends. And, whatever the accounting figures may say, in the long run the true measure of the affordability of dividends is a company’s ability to generate the free cash from trading to pay for them. In each of the past five years, Greene King's free cash flow has fully covered the cost of dividends and that is set to be the case in the year just ended, too.

This makes its shares, with their 6 per cent-plus yield, a serious proposition, even if the scope to raise the dividend – and therefore the share price – looks limited. True, I don’t want the income portfolio’s spare cash to burn the proverbial hole, but I am tempted.